Martin Lewis is the founder of Money Saving Expert and he is widely recognised for sharing his money saving tips. The financial broadcaster was doing just that this evening, broadcasting from his home during The Martin Lewis Money Show: Live on ITV.

During the show, which he co-hosted with Angellica Bell, who was based in the ITV studio, Mr Lewis shared with viewers his “news you can use”.

He also answered a number of questions from viewers, including one from a saver who got in touch via Twitter.

Among them was a question on interest rates.

The viewer, Zoe, explained that she currently had two savings accounts – one of which is an ISA. 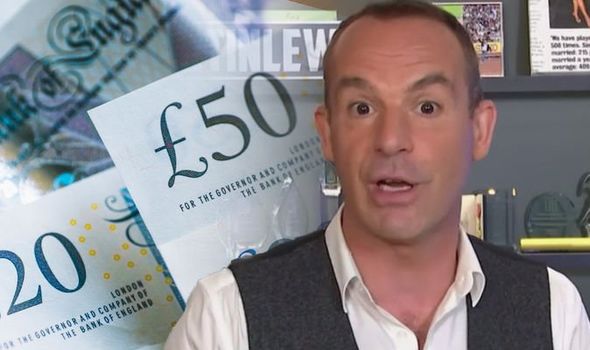 Upon hearing the interest rates for these particular accounts stood at 0.1 percent and 0.4 percent, the financial journalist urged the viewer to look into getting a better option.

“Stop beying loyal,” he said. “Loyalty to a bank is a money saving sin.

“You go to the highest interest on the market.”

Mr Lewis addressed the topic of the highest interest rates for savings last week, sharing information about the top paying savings accounts at that time.

However, there have been changes since then – meaning there is a “new top payer”.

“But no, don’t stick with your existing bank just to get 0.4 percent. Get the best deal on the market.”

Later in the show, he said: “Here’s the key. In NS&I’s terms, it says it has to give you a minimum two months notice to drop the rate. So at the moment when there’s so little certainty, you can go for that and you’ve got a guarantee of at least two months at that rate.

“Because this is the state-owned bank, it isn’t under the commercial pressures others are under, and I have a suspicion it will probably keep the rate high for a decent amount of time. So you might want to look at that one.”

Commenting on Income Bonds, Kay Ingram, Director of Public Policy at LEBC Group, said: “The Government backed savings are suitable for those who wish to receive a regular income from their savings, and these savers have recently received a boost due to the Treasury’s decision to maintain the variable rate of interest at 1.15 percent ( 1.16 percent AER).

“A planned rate cut from May 1, announced in February will not now happen, making this rate highly competitive following recent cuts to other savings rates, following the Bank of England slashing the cost of borrowing to 0.1 percent.”

Ms Ingram, who is a chartered financial planner, added: “This enables savers to consider if they can do better elsewhere before the rate cut comes in.

“Funds can be accessed at any time without notice or penalty with a minimum withdrawal rate and minimum remaining balance of £500.”

The Martin Lewis Money Show: Live is available to watch now on the ITV hub.