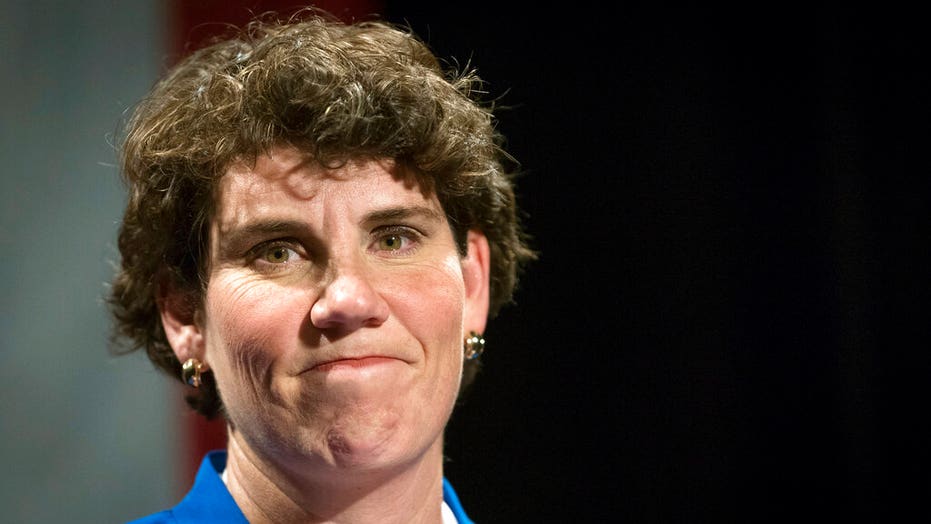 The Kentucky Republican Party is demanding Sen. Mitch McConnell’s Democratic challenger apologize after posing for a photo with a supporter who hanged a Trump effigy in 2017.

“This latest revelation is just another example that Amy McGrath and her liberal allies are too extreme for Kentucky,” Kentucky Republican Party spokesman Mike Lonergan said in a statement. “Posing for pictures with extremists that advocate violence against the President has no place in our discourse – and Amy McGrath and Kentucky Democrats need to unequivocally reject this radical behavior.”

According to local reports, Blair hung President Trump in effigy in front of his house after Trump took the oath of office in 2017. “‘Just grab ‘em by the p—y,’ your president” the sign below read. Two American flags were hung upside down next to the Trump lookalike doll.

The McGrath campaign could not immediately be reached for comment.

McGrath narrowly won her primary over her progressive opponent Charles Booker. Nonpartisan Cook Political Report and Sabato’s Crystal Ball rate the Kentucky race as likely Republican, but McGrath has received an outpouring of donations from Democrats across the country looking to unseat the Senate majority leader and take back the majority.