Potential Microsoft purchase of TikTok is up to the president to approve: Keith Krach

U.S. Under Secretary of State Keith Krach says this deal is ‘a race against the clock’ because it’s about more than TikTok and WeChat. He says it’s about the Communist Party’s surveillance state using 5G as the backbone, China’s firewall and the reciprocity of American apps not being allowed in China.

(Reuters) – TikTok said on Monday that "we simply have no choice" but to sue the Trump administration over U.S. President Donald Trump's executive order banning transactions in the United States with the popular short-form video-sharing app.

In a blog post, TikTok said it strongly disagreed with the White House's position that the company was a national security threat, saying it had "taken extraordinary measures to protect the privacy and security of TikTok's U.S. user data."

It also said the administration has ignored its "extensive efforts" to address its concerns, and accused Trump of politicizing the dispute by calling for a ban on TikTok in an Aug. 6 executive order.

"We do not take suing the government lightly," TikTok said. "But with the Executive Order threatening to bring a ban on our U.S. operations … we simply have no choice."

TikTok's complaint is expected to be filed later on Monday.

Amid growing distrust between Washington and Beijing, Trump has for weeks complained that TikTok, owned by Chinese internet company ByteDance Ltd, was a national security threat and might share information about users with the Chinese government. 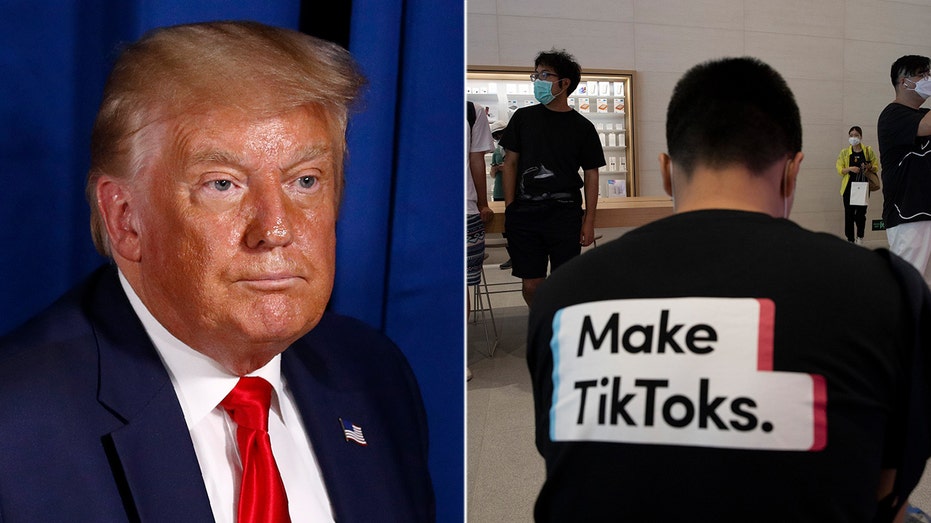 His Aug. 6 executive order called for banning transactions with the app after 45 days.

Reuters reported last week that TikTok was preparing to mount a legal challenge as early as Monday to Trump's Aug. 6 order.

ByteDance had acquired Shanghai-based video app Musical.ly in a $1 billion transaction in 2017, and relaunched it as TikTok the following year.

In its blog post, TikTok said the Trump administration violated its constitutional right to due process by banning the company without notice.

It accused Trump of misusing the International Emergency Economic Powers Act, which lets the president regulate international commerce during a national emergency.

Trump had in May 2019 invoked that law to stop alleged efforts by foreign telecommunications companies to conduct economic and industrial espionage against the United States.

But TikTok said the Aug. 6 executive order was not supported by the emergency Trump declared a year earlier, and that the company did not provide the types of technology and services contemplated at that time.

It also said the executive order was not rooted in genuine national security concerns, adding: "We believe the Administration's decisions were heavily politicized, and industry experts have said the same."

ByteDance has been in talks to sell TikTok's North American, Australian and New Zealand operations to companies including Microsoft Corp and Oracle Corp.

Those assets could be worth $25 billion to $30 billion, people familiar with the matter have said.

Before buying TikTok, ByteDance had not sought advance approval from the Committee on Foreign Investment in the United States, which reviews acquisitions for potential national security risks.

CFIUS later opened an investigation, and according to TikTok "repeatedly refused" to engage with ByteDance before saying it had found national security risks associated with the purchase.