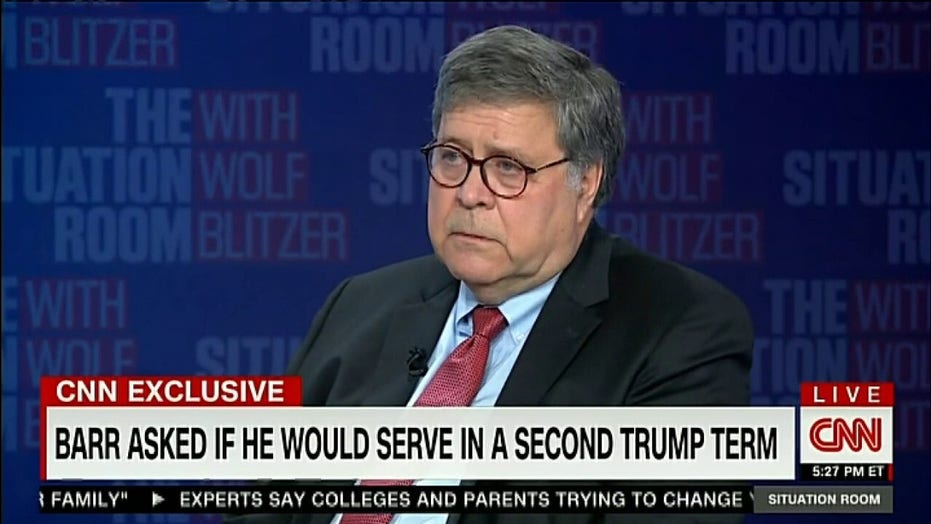 AG Barr: Media does not have a license to lie

Barr responds to CNN’s Wolf Blitzer on whether he would serve under President Trump in a second term, and the difference between the Trump presidency and George H.W. Bush’s presidency.

Attorney General William Barr did not appear to buy Wolf Blitzer's claim Wendesday that CNN is "fair and balanced."

At the end of a lengthy, contentious interview, the "Situation Room" host asked if Barr would return for President Trump's second term if the incumbent wins reelection, a question Barr thought was "presumptuous" for him to answer.

"Are you enjoying what you're doing?" Blitzer followed up.

"I wouldn't use the word 'enjoy,' but it's satisfying," Barr responded with a grin.

Blitzer then asked Barr if he "enjoyed it more the first time around" as attorney general under George H.W. Bush.

"Well, the political climate and the media was a lot different," Barr said.

"And you had a different president, George H.W. Bush," Blitzer jumped in.

"Yeah, but the media should be fair and balanced no matter who the president is," Barr retorted. "[It] doesn't give the media license to lie the way a lot of the media is."

"I can speak for us, we are fair and balanced," Blitzer said in defense of his network.

"OK," the attorney general reacted with a chuckle. 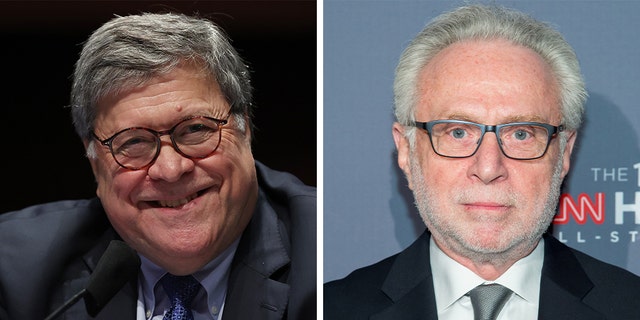 Earlier in the interview, Barr and Blitzer had a combative exchange on the subject of mail-in voting, with the CNN anchor suggesting the president was fueling fears of voter fraud.

"Wolf, this is, you know, sort of cheap talk to get around the problem," Barr said, "which is a bipartisan commission chaired by Jimmy Carter and James Baker said back in 2009 that … mail-in voting is fraught with the risk of fraud and coercion."

Blitzer attempted to interject but was shut down by Barr, who told the anchor, "Let me talk."

"Since that time, there have been – in the newspapers, in networks, academic studies — saying it is open to fraud and coercion. The only time the narrative changed is after this administration came in."