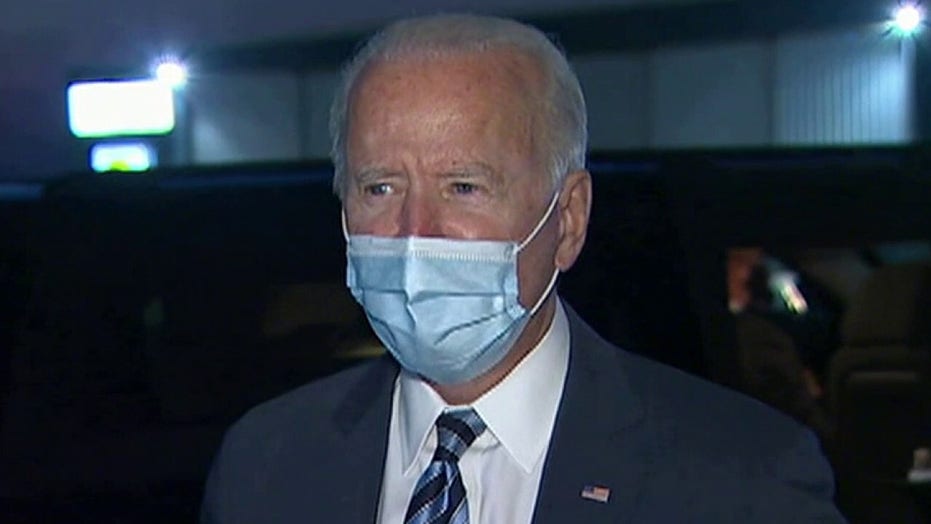 Democratic presidential nominee Joe Biden told reporters while boarding a plane to Delaware from Maryland on Tuesday that next week’s presidential debate should be canceled if President Trump is still positive for COVID-19.

“I think if he still has COVID, then we shouldn’t have a debate,” Biden said Tuesday evening.

Trump announced he had tested positive for coronavirus last Friday — three days after the first debate – though there has been some speculation that he was diagnosed as early as Thursday, the Wall Street Journal reported.

Several members of the West Wing, the Trump campaign, and the Republican Party have announced that they too have tested positive for the virus.

Biden was tested for coronavirus Tuesday – for at least the fourth time in the past couple of days – and his campaign said the former vice president had once again tested ngative for COVID-19. 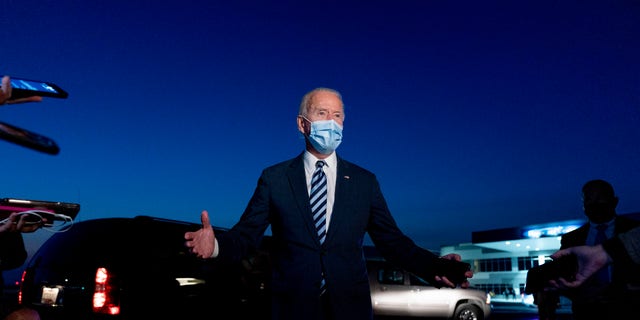 The Democratic challenger said he was “looking forward to being able to debate him” but added “we’re going to have to follow very strict guidelines.”

Biden's comments come one day after he told reporters that he'd listen to what the experts say to determine whether it’s safe for him to face off next week in Miami against the president in the second of three scheduled debates with Trump.

“I’ll do whatever the experts say is appropriate for me to do,” Biden told reporters as he boarded a flight Monday to campaign in the battleground state of Florida. “Listen to the science. If scientists say that it’s safe…then I think that’s fine."

Trump and Biden shared the same stage last Tuesday, as they debated in Cleveland, Ohio. The second debate – which is supposed to be held on Oct. 15 – is a town hall format with questions from the moderator as well as the audience.

BIDEN PLANS TO ATTEND NEXT DEBATE, HOPES TRUMP WILL BE ABLE TO PARTICIPATE, CAMPAIGN SAYS

Trump, who was released on Monday after being hospitalized for three days at Walter Reend National Military Medical Center, is quarantining in the White House as his running mate, Vice President Mike Pence, prepares for Wednesday's sole vice presidential debate with Biden's running mate, Sen. Kamala Harris of California.

Trump said he is “looking forward” to debating Biden and that he is “feeling great” in a series of tweets Tuesday.

The two candidates drew some harsh critism following the first debate where Trump continuously talked over Biden when it wasn’t his time, and went after Biden’s family.

Biden in turn told Trump to “shut up” and called him a “clown.”