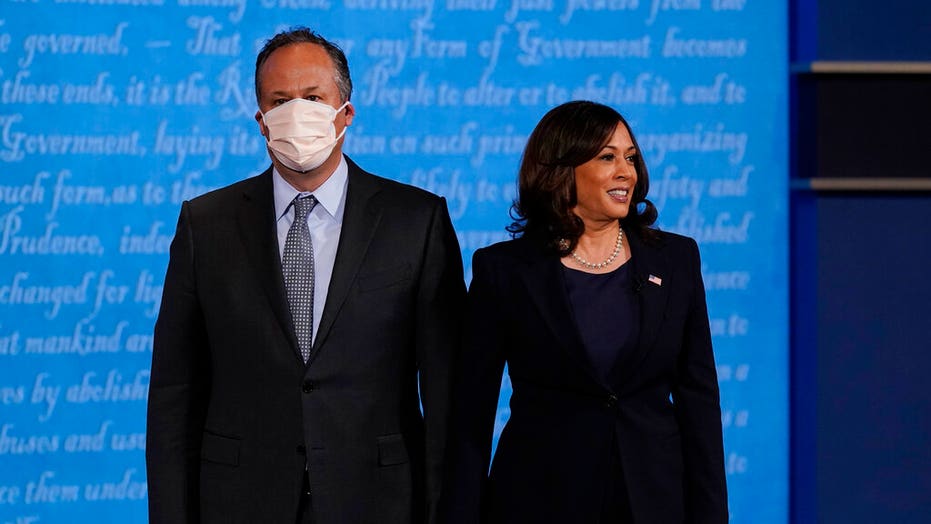 “Harris told me in an interview actually that she was absolutely open to doing that,” the reporter stated on the New York Times’ "The Daily" podcast on Thursday.

Burns noted that Joe Biden said during the Democratic primary he was against it.

Biden and Harris have remained ambiguous on their opinion of packing the Supreme Court should Republicans move forward with confirming Judge Amy Coney Barrett to the bench.

Pence added that the threat from Democrats is a “classic case of ‘if you can’t win by the rules, you change the rules.'"

Harris did not respond.

Pence revisited the question, saying the “American people would really like to know, if she is confirmed, are you and Joe Biden, if somehow you win this election, going to pack the Supreme Court to get your way?”

Harris fired back, mum on the issue of court-packing, but saying that the “American people deserve to make the decision” of “who will serve for a lifetime.”

“Joe and I are very clear the American people are voting right now, and it should be their decision about who will serve on this most important body for a lifetime," she said.

On Thursday, Biden again refused to give an opinion on packing the court. “You’ll know my position on court-packing the day after the election,” he said when asked by reporters.

“The moment I answer that question, the headline in every one of your papers will be about that rather than focusing on what’s happening now. This election has begun. There’s never been a court appointment once the election has begun,” the former vice president emphasized.

Journalists all across the media field scratched their heads at the answer. "Not sure I've ever seen a politician explicitly say I'm not telling you what I think about an important issue until after you vote for me," Axios reporter Jonathan Swan said.

During last Tuesday’s debate, Biden was asked point-blank whether he supported court-packing and ending the Senate filibuster.

“Whatever position I take on that, that’ll become the issue,” Biden said. When President Trump pressed him on it, Biden acknowledged that he had no intention of giving a straight answer.