But the reality is that, despite discounts from mobile carriers, not everyone will be able to shell out $700 or more on a new smartphone (the devices start at $699 for the iPhone 12 mini). That’s perhaps more true right now than ever, as the world grapples with an economic recession caused by a global pandemic.
If that’s you, and you’re still in need of an upgrade — whether to another iPhone or a different 5G device — here are some options that will be easier on your wallet.

For most people, 5G won’t be enough of a reason on its own to be worth upgrading for. It can still be tricky to access, as the networks are still being built out, and there are only so many things it can be used for at this point.
But for people who live in big cities where 5G is available and are really eager to try out the new, faster network, the Google Pixel 4a 5G could be a good option. The device starts at $499. 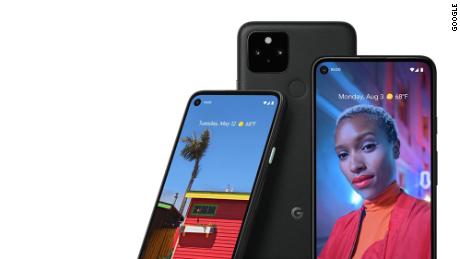 Google (GOOGL) surprised some when it tapped out of the super-expensive smartphone race with the latest slate of Pixel devices, unveiled earlier this month. The Pixel 4a 5G is an updated and 5G-connected version of Google’s lower-priced smartphone released earlier this year, the Pixel 4a (also a good deal at $349).
The savings do mean making some sacrifices — the newest Pixel phones have lower-resolution displays and less-powerful processors than other leading devices, and the Pixel 4a 5G isn’t certified to be waterproof.
But it does come with a 6.2-inch screen, an improved camera from the Pixel 4a, 128GB of storage, the cleanest version of the Android operating system and, of course, 5G connectivity at a lower price than most other 5G devices. It launches in November.
Motorola One 5G
In addition to 5G connectivity, this device has several other attractive features, including a 6.7-inch full-HD screen, four rear cameras and 128 GB of built-in storage. It also has a large, 5,000 mAh battery (twice the size of an iPhone 12, and 5G is expected to be a big battery drain).
Less desirable attributes include a plastic, rather than glass, body, and only 4GB of RAM.
The Motorola One 5G starts at $445 — a steal compared to most 5G smartphones currently on the market.
Samsung Galaxy A51 5G
Samsung does a good job getting some top-tier technology into its less-expensive phones, and the Galaxy A lineup came to play this year.
The A51 5G has full-HD 6.5-inch display, four cameras on the back, an in-screen fingerprint reader and a big battery. It doesn’t have the world’s fastest processor, but you’re getting a lot for $499 — plenty of features that far more expensive phones lack.

If you still want an iPhone…

iPhone SE
Apple (AAPL) earlier this year released a budget smartphone aimed at reaching more cost conscious consumers: The iPhone SE.
The device starts at $399, but still features the computing power of the higher-priced iPhone 11. It has a 4.7-inch display and a home button and Touch ID, features that some users may have missed on newer iPhones. 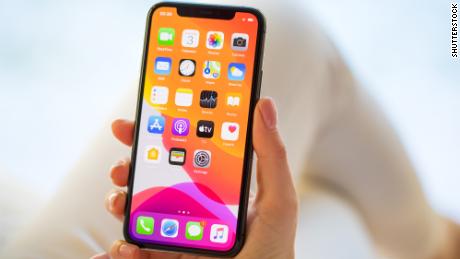 The iPhone SE only has one rear camera lens compared to the two or three you’ll find on Apple’s other recent devices, but with so much more time being spent at home these days, a high-tech camera may be less of a draw.
If you’re willing to spend a little more, you could also get an earlier version of Apple’s flagship smartphones. When it announced the iPhone 12 lineup, Apple lowered the price of the iPhone X and iPhone 11, which now start at $499 and $599, respectively.

If you just want a basic phone that works well…

Moto G Power
Maybe you just want a smartphone where you can reliably, you know, make phone calls and check your email, and that won’t die on you at inconvenient times.
In that case, the Moto G Power could be a good choice. The device boasts 5,000 mAh battery, which should provide around 16 hours of runtime on a single charge (though the large battery and 6.4-inch screen does make it a somewhat hefty phone).

The device’s display and three rear camera lenses won’t stack up against the highest-end phones, but they’ll work well for a budget offering.
The Moto G Power initially started at $249, but it’s now listed on Motorola’s website for $199.
Source: Read Full Article