The Trump administration announced Monday that 70,000 migrants were apprehended at the southwest border in November, a 64 percent increase compared to 2019 – and a sign of a possible surge that Trump officials say could become a full-blown crisis if recent policies are ended.

Acting Customs and Border Protection (CBP) Commissioner Mark Morgan told reporters that the increase, which saw an average of 2,300 encounters a day in November, was mainly made up of single adult males from Mexico — but there is an increasing number of families and unaccompanied children (UACs) from the Northern Triangle countries in recent months.

While the 70,000 was similar to October's numbers, Morgan noted that numbers had been creeping up since April and said they were motivated in part by the worsening economic conditions in those countries due to the COVID-19 crisis. In April, Border Patrol encountered 712 unaccompanied children in April. That number was 4,467 in November.

But, as Morgan has warned before, he said that a perceived coming shift in policy from a new incoming Biden administration was motivating others to make the journey north.

“We are also seeing an increase in illegal migration simply because of perception that things may change…cartels and human smugglers are fueling perceptions that our borders will once again be wide open and that we’ll be reinstating loopholes that have been closed,” he said.

He went on to warn not only about perception, but also that if certain Trump-era policies are ended, then border law enforcement will be unable to handle the number of migrants crossing.

“If the current policies in place are revoked as critics have promised they would do…the 2,300 a day will become a full-blown crisis overnight as we stand by and watch the numbers go even higher, making last year's crisis pale in comparison," he said.

During the 2019 crisis, the Trump administration accelerated its efforts to close loopholes and secure the border. Perhaps the most ambitious and effective of these efforts was the Migrant Protection Protocols (MPP) — known as the “Remain-in-Mexico” policy.

That policy sent migrants back to Mexico to await their hearings, rather than being released into the U.S. homeland. That, and a number of other policies, ended what was known as “catch-and-release,” which officials said was acting as a magnet drawing migrants north.

With those policies in place, as well as a CDC order due to the coronavirus that allows authorities to quickly return those who enter the country illegally instead of having to detain them, Morgan says they can deal with large numbers. 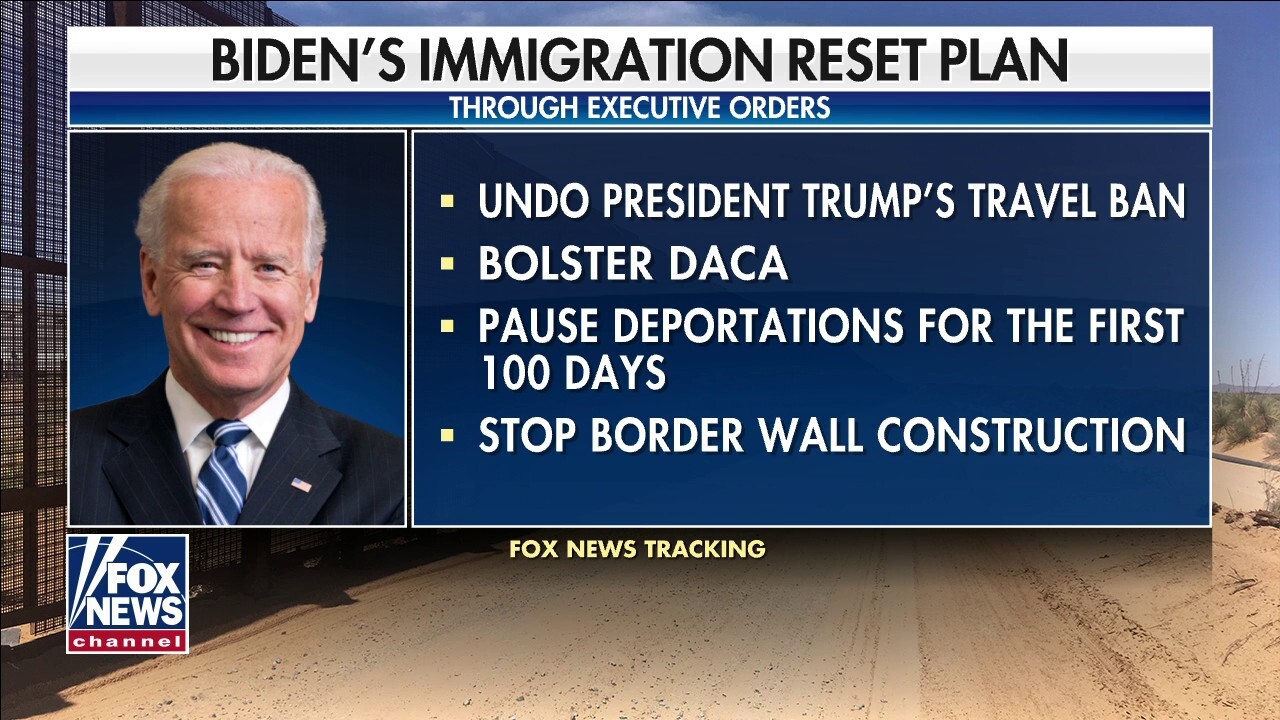 “Because of these policies…it is not about the numbers but rather about having tools and policies to effectively handle the threat, and now we do,” he said.

Biden has promised to end MPP, implement a moratorium on deportations and offer a pathway to citizenship for those in the country illegally. He has also pledged to follow a plan to “build security and prosperity” in Central America, which he believes will solve the root causes of “irregular migration.”

“As president, Biden will immediately do away with the Trump administration’s draconian immigration policies and galvanize international action to address the poverty and insecurity driving migrants from the Northern Triangle to the United States,” his campaign website says.

Morgan cited the moratorium and the ending of MPP as well as the potential for policies such as support for sanctuary cities and a permanent fix for the Deferred Action for Childhood Arrivals (DACA) program as motivation for potential migrants.

“The message you’re sending is clear and simple: we have open borders,” he said.