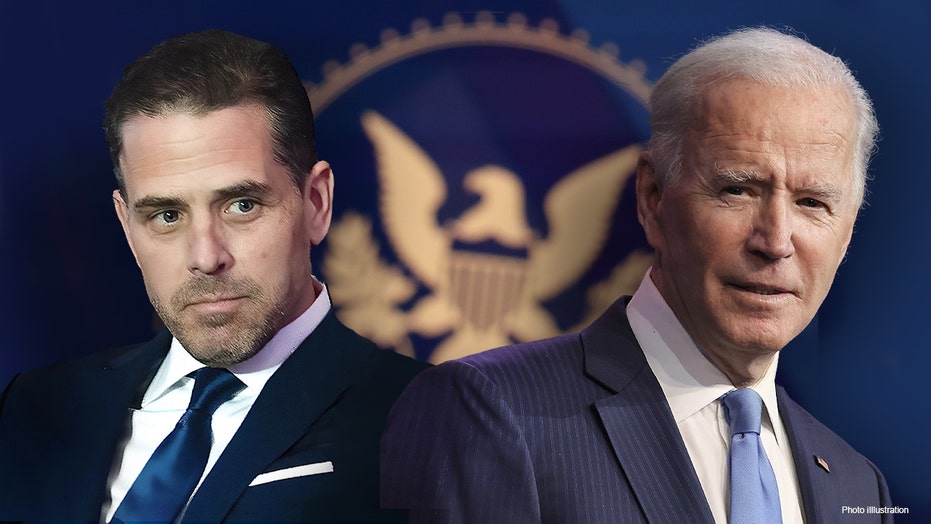 The Biden transition team were asked no questions from journalists about Hunter Biden in its weekly briefing Friday, and they only allowed a limited number of reporters to speak.

Biden officials called on five reporters in Friday's Zoom briefing, from the New York Times, CNN, Washington Post, PBS and Politico, and ignored questions from Fox News and others.

Towards the end of the brief questioning, other reporters grew frustrated and started using the "chat" function to pressure Biden officials to provide more access.

"Hey guys, there tons of folks looking to ask questions and since this is being done once a week, could we PLEASE go longer or at least hold more frequent briefings," Sam Stein from the Daily Beast wrote in the chat.

"Any chance you can take a few more questions?  There are a lot of folks here with questions," Zeke Miller from The Associated Press added.

"Is there a point in saying we want to ask questions if you only call on the same small group every week?" said White House reporter Andrew Feinberg.

The Biden transition sent shockwaves through the political world on Wednesday with a press release revealing that Hunter Biden was being investigated by the U.S. Attorney’s Office in Delaware over what he described as his "tax affairs."

"I learned yesterday for the first time that the U.S. Attorney’s Office in Delaware advised my legal counsel, also yesterday, that they are investigating my tax affairs," Hunter Biden said in a statement. "I take this matter very seriously but I am confident that a professional and objective review of these matters will demonstrate that I handled my affairs legally and appropriately, including with the benefit of professional tax advisors."

Sources told Fox News that Hunter Biden is a subject/target of a grand jury investigation and the probe looking into his finances began in 2018.

"I have, we have, great confidence in our son," Biden told CBS' "The Late Show" host Stephen Colbert in an interview that aired Thursday. "I am not concerned about any accusations being made against him. It's used to get to me. I think it’s kind of foul play but look, it is what it is and he’s a grown man, he is the smartest man I know. I mean, from a pure intellectual capacity – and as long as he’s good, we’re good."

From the board of Ukrainian energy firm Burisma to connections with Chinese and Russian nationals, Hunter Biden has a complex network of international business dealings.

The younger Biden was paid $50,000 per month to serve on the board of Burisma, sparking concerns, which ultimately led to President Trump’s impeachment, about the perceptions of a conflict of interest given the fact that his father was involved in U.S. policy toward Ukraine.