House Speaker Nancy Pelosi, D-Calif., said on Thursday that next week she will force lawmakers to take a recorded vote on $2,000 stimulus checks for Americans after President Trump demanded such checks and House Republicans blocked Democrats from bringing a unanimous consent request to make that happen.

At the same time, Democrats blocked the GOP from bringing a unanimous consent request aimed at addressing the other part of Trump's twofold grievances about the massive coronavirus stimulus and government funding package lawmakers sent to his desk – foreign aid.

House Majority Leader Steny Hoyer, D-Md., meanwhile, slammed the president in a press conference, accusing him of backtracking on the understanding that he would sign the legislation to fund the government for the next year while providing Americans with $600 stimulus checks and dispatching other coronavirus aid. 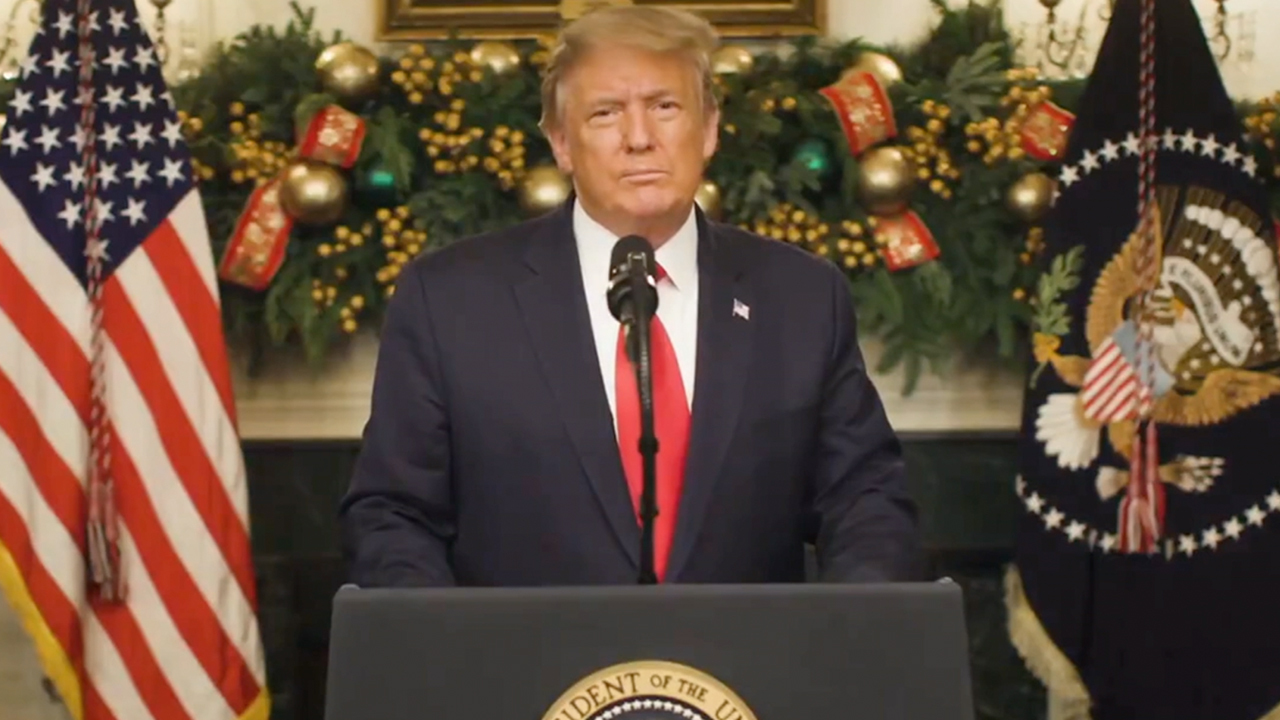 "The deal that we made was a deal that we thought was appropriate in the sense that it had the votes to pass," Hoyer said on a busy Christmas Eve in Washington, D.C. "And, according to Republican leaders that I have talked to, had the representation from both Secretary Mnuchin and the president of the United States that he would sign the bill."

The longtime legislator from Maryland then turned to lambaste the president for not speaking up earlier on his request for larger stimulus checks.

"Republicans had rejected proposals for higher stimulus checks in the bill that we passed and previous bills," Hoyer said. "Last week as I said we reached a bipartisan agreement. We sent the bill to President Trump to sign. And only then, after we agreed on a figure we thought was too low for direct payments to families and children… did the president of the United States indicate that $600 was not enough."

Still, Hoyer demanded that Trump "sign this bill now" to keep the government running and deliver other coronavirus-related aid.

Added Rep. Debbie Dingell, D-Mich., at the same press conference as Hoyer: "The president doesn’t give a damn about people … he threw kerosene on a terror fire."

House Minority Leader Kevin McCarthy, R-Calif., said in a Wednesday night letter that House Democrats "have conveniently ignored the concerns expressed by the president, and shared by our constituents, that we ought to reexamine how our tax dollars are spent overseas while so many of our neighbors at home are struggling to make ends meet."

Pelosi, in a statement Thursday, indicated that next week she'll put legislation for $2,000 checks for a recorded vote in the House, forcing GOP members to go on the record on whether or not they agree with the president's demand.

"Today, on Christmas Eve morning, House Republicans cruelly deprived the American people of the $2,000 that the president agreed to support," she said. "On Monday, I will bring the House back to session, where we will hold a recorded vote on our stand-alone bill to increase economic impact payments to $2,000. To vote against this bill is to deny the financial hardship that families face and to deny them the relief they need."

After members of both parties Monday touted the accord they had reached and passed on both government spending and coronavirus aid, Trump tipped off the scramble that led to unusual floor action on Christmas Eve with a scathing video slamming the legislation.

"I am asking Congress to amend this bill and increase the ridiculously low $600 to $2,000, or $4,000 for a couple," Trump said in a Twitter video. "I'm also asking Congress to immediately get rid of the wasteful and unnecessary items from this legislation, and to send me a suitable bill or else the next administration will have to deliver a package, and maybe that administration will be me."

He added: "A few months ago, Congress started negotiations on a new package to get urgently needed help to the American people. It's taken forever… However, the bill they are now planning to send back to my desk is much different than anticipated. It really is a disgrace."

The fight between Trump and lawmakers also risks another government shutdown Monday night as the government is currently operating on an interim, one-week bill. There are also a bevy of coronavirus-related aid provisions that will expire before the new year if lawmakers and the president don't act. Pelosi on Monday is also set to have the House consider an extension on the interim funding package that will keep the government's lights on until the new year.