The life insurer tinkered with its business strategy — raised the share of protection plans and reduced dependency on ULIPs in the past four years. 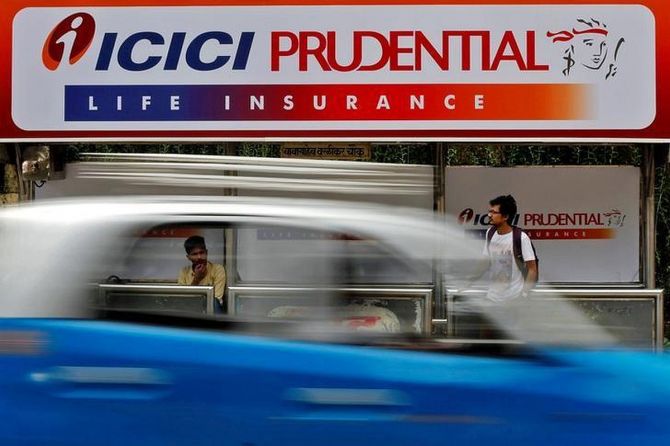 It’s rare for a firm to constantly cede market share, record a decline in growth quarter after quarter, and yet have the Street’s confidence in the stock remain unwavering.

If anything, it has improved of late.

ICICI Prudential Life (I-Pru Life), which held top spot in the industry during listing in 2016, has now slipped to third.

Despite the steepest fall in premium inflows year-to-date — down 31 per cent year-on-year — I-Pru Life enjoys 82 per cent ‘Buy’ rating, according to a Bloomberg poll of analysts.

After ranking second in terms of returns in the past, the stock has outperformed peers in the 1-month and 3-month time spans.

Credit goes to the life insurer for tinkering with its business strategy — raising the share of protection plans and reducing dependency on unit-linked insurance plans (ULIPs) in the past four years, though it gathered pace since 2018.

From below 5 per cent share in FY17, the importance of the more-profitable protection plans increased to 17 per cent in the July-September quarter (Q2), making I-Pru Life’s dependence on protection policies similar to peers.

On the other hand, ULIPs, which accounted for over 75 per cent of total premiums, saw their relevance fall to 51 per cent in Q2.

The drastic alteration in the product mix has tilted profitability in the insurer’s favour.

Another upside is the improvement in persistency ratio — with the critical 13-month and 61-month ratio at over 80 per cent and 60 per cent, respectively, being on a par with preferred industry standards.

VNB margin reflects the profitability on new policies issued during a period, while persistency ratio indicates the stickiness of customers at various stages of their policies.

Since policyholders opting for protection plans do so for life cover and not with a return objective, it allows the insurer to deploy these funds in risk-free instruments like government securities, which stabilise its balance sheet and shield the insurer from bond-market debacles.

This is why analysts at JM Financial say despite the underwhelming growth, “we like the franchise, given its strengths, such as a retail-focused portfolio, strong distribution network, no asset quality or investment risks, and comfortable solvency”.