President Biden began his term in office with a message of unity, expressing a desire to move past the rancorous division in the United States and bring people together, while Congress remains set to carry out an impeachment trial for former President Donald Trump.

During her first press briefing after Biden217;s inauguration, White House press secretary Jen Psaki was asked by Fox News’ Peter Doocy if the new president thinks the impeachment process should be dropped. Psaki said the administration believes that the Senate can hold the trial while also moving the country forward.

“Well, he spoke today, as you all saw, about unity in his inaugural address and the importance of unity and bringing the country together and the resolve of the American people in helping to get through this moment,” Psaki said. “You know, we are confident, though, that just like the American people can, the Senate can also multitask and they can do their constitutional duty while continuing to conduct the business of the American people.” 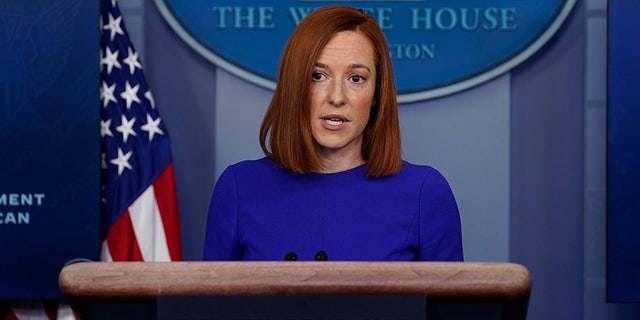 In the final days of Trump’s presidency, Republicans argued that impeaching a president who has already left office would not only be constitutionally questionable but would only serve to further divide a country following a bitter election and transition period.

BIDEN SWORN IN AS 46TH PRESIDENT, SAYS ‘DEMOCRACY HAS PREVAILED’ IN INAUGURAL ADDRESS

Psaki said that for Biden, uniting the people will come from dealing with the problems the country is facing.

“And so that means getting this Covid relief package through, having Democrats and Republicans take a serious look at that and have conversations with each other about how to move it forward,” she said.

As for impeachment, Psaki said Biden will “leave the mechanics, the timing and the specifics” to Congress.