New York (CNN Business)Walmart CEO Doug McMillon lamented Tuesday that the baseless claims of a stolen election pushed by President Donald Trump and his allies have further inflamed America at a time of peril.

“We all find ourselves in the midst of concurrent health, economic and racial equity crises as well as facing the reality of an electorate divided in large part to the fiction of a fraudulent election,” McMillon said Tuesday during an event hosted by the Business Roundtable.
The insurrection at the US Capitol by Trump supporters January 6 caused major companies including Walmart to rethink their political activity. Walmart (WMT) suspended contributions to the 147 Republicans who tried, unsuccessfully, to overturn President-elect Joe Biden’s victory. Other major companies such as Facebook (FB) and Coca-Cola halted political contributions altogether.
McMillon, who also serves the Business Roundtable’s chairman, said it makes sense that companies are reviewing their political giving. But he suggested big business won’t remain on the sidelines for long.
“Not participating in the process…could create other issues,” McMillon said. “There is still a role for business to play. We just want to do it in a thoughtful way.”

Asked what business can do to encourage more bipartisan behavior, McMillon said: “Reward the centrists.”
Josh Bolten, the CEO of the Business Roundtable, reiterated that the group condemns the “inexcusable violence” at the US Capitol and called on elected officials to work toward civility.
Pursuing policies that will help the economy “depends on our country’s recommitment to the fundamental tenets of a strong and stable democracy,” he said.

The Business Roundtable generally applauded Biden’s $1.9 trillion rescue package designed to defeat the pandemic and revive the US economy. In particular, Bolten and McMillon expressed support for Biden’s proposals to spend heavily on vaccinations, sending aid to small businesses and Americans in need.
However, business leaders sounded a cautious tone about Biden’s call to raise the federal minimum wage to $15 an hour.
“$7.25 is too low,” McMillon said, referring to the current minimum wage, which hasn’t been raised since 2009. “A thoughtful plan that raises the federal minimum wage while considering geographic differences and small business, is something that should be done.”
McMillon did not specify how high he thinks the minimum wage should go, nor at what pace it should be lifted. Walmart’s minimum wage is $11 an hour — higher in certain locations across the United States.
Bolten said the Business Roundtable hopes that Congress “will only pursue” a minimum wage hike on a “bipartisan basis.”
“If it cannot be done on a rapid and bipartisan basis, it’s not worth slowing down or impeding the urgent relief needed,” Bolten said.

Rolling back the Trump tax cuts?

Austan Goolsbee, a former economic adviser to President Obama, dismissed the notion that minimum wage hikes must only be done on a bipartisan basis.
“There is an irony of any groups making the argument we should only make economic policy changes on a bipartisan basis,” Goolsbee told CNN Business, “when they’re the same groups who advocated for massive $2 trillion tax cuts for corporations and high-income people on a totally partisan basis.” 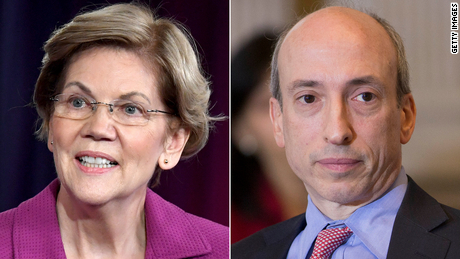 Biden’s $1.9 trillion stimulus package does not call for tax hikes, suggesting it will be funded mostly through borrowing. However, Biden did reiterate last week the importance of “asking everyone to pay their fair share” to make investments in the economy. And as a candidate, Biden supported rolling back some of the Trump tax cuts.
Not surprisingly, the Business Roundtable opposes corporate tax hikes, arguing it would make the United States less competitive globally in the midst of the economic crisis.
“It would be a step backward,” Bolten said.
Source: Read Full Article