Medical device maker ResMed has managed to post a 12 per cent profit jump despite seeing a slowdown in demand from hospitals for its ventilator products.

The dual ASX- and NYSE-listed medtech told shareholders on Friday morning revenues for the December quarter were up 7 per cent at $US800 million ($1.04 billion) on a constant currency basis. Net income increased 12 per cent to $US179.5 million, with chief executive Mick Farrell saying the numbers showed a “slow, steady, U shaped” recovery in demand for the company’s core sleep apnea products. 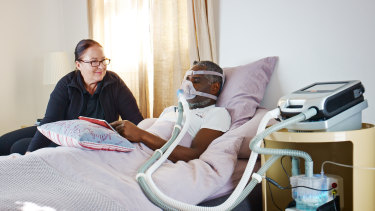 Demand for ResMed’s ventilators has slowed down.

ResMed shares rallied over the course of 2020 as the business sold hundreds of millions of dollars worth of its ventilators into hospitals across the world struggling to cope with the coronavirus pandemic. The sales bumped its revenues up by $US40 million last quarter alone.

In a call to investors on Friday morning, Mr Farrell and his management team said those sales had now slowed down and had no material impact on profits in the second quarter. Instead, the firm is now waiting for a full rebound of its sleep apnea treatments business to pre-COVID-19 levels.

Mr Farrell said there had been solid improvements across the company’s 140 different markets, though patient demand for sleep treatments were still not where they were before the pandemic. 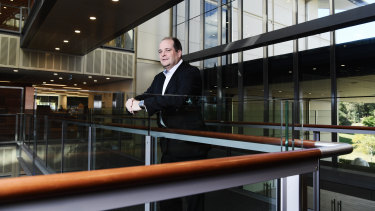 “In China, where we saw the sharpest declines in the start of the crisis, we’re now back to seeing 70 to 75 per cent of pre-COVID patient flow coming back,” he said.

Patient demand in the US was back to between 70 and 90 per cent of pre-pandemic levels, depending on the area in question. Germany was up to 90 per cent of where it was prior to last year’s coronavirus shutdowns, he said.

ResMed is banking on demand continuing to recover, doubling down on investing in research and development over the next 12 months to expand its use of digital healthcare and sleep treatments outside hospitals.