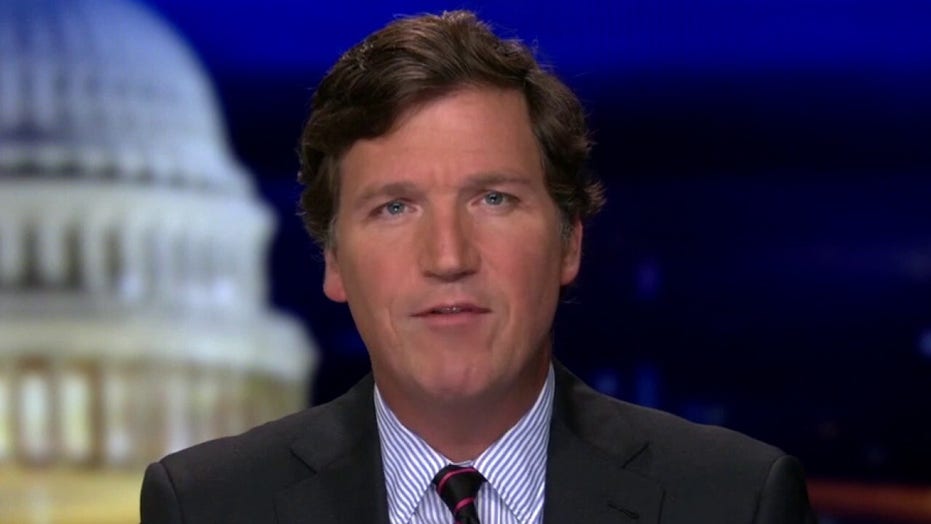 We’ve done our best to bring you nightly updates on what’s been happening, but at times, it’s overwhelming. There’s just too much to cover. The other day, for example, we learned that the Biden administration plans to make the tiny District of Columbia our 51st state, a more corrupt, English-speaking version of Monaco. As if lobbyists in Washington didn’t have enough control over your life, now they’ll be U.S. senators.

But that’s not even the biggest news. Just a few hours ago, Biden officials informed us that after almost 65 years of working to build a nuclear weapon, the nation of Iran may be “weeks away” from getting a bomb. You already know how that story is going to end. Another pointless foreign war, trillions spent, many dead, the United States gaining nothing. We’ve seen that a lot, and it’s happening again.

Oh, and by the way, Joe Biden just sent American troops to Syria. What, you didn’t know that yet? Yes, hours after he became president, American soldiers crossed into the nation of Syria. Sending them to Syria was one of the first things Joe Biden did as commander-in-chief.

Somehow, most the media forgot to even mention that. In their defense, Washington, D.C., looks like occupied Sarajevo, a small city overflowing with soldiers. The troops came last month, tens of thousands of them. We were told they were going to protect the capital from the inevitable right-wing violence that would accompany Joe Biden’s inauguration.

Then Joe Biden was inaugurated and there wasn’t any violence. Donald Trump didn’t chain himself to the North Portico. Trump voters didn’t rush the stage. The Trump restoration never happened. And yet the troops stayed. As of Jan. 28, National Guard troops from 23 states were stationed in Washington. That number seems to have risen over the past few days. We called the National Guard today to find out by how much, but they couldn’t give us numbers or wouldn’t. We do know that more states have sent troops since last week. Why? National Guard leadership wouldn’t tell us “for operational security reasons.” The spokesman said, “we will not get into specific details of the ongoing mission.”

So, there are soldiers in our capital, but we don’t have a right to know. Got it. Illinois Gov. J.B. Pritzker was not so shy about the purpose. In a statement announcing the deployment of more soldiers to Washington, D.C., Pritzker explained that “we must root out the dark forces of racism, white [sic] supremacy and disinformation that have created this moment.”

Let that sink in. The military has been deployed to Washington, D.C. to fight disinformation. So say something a Democratic governor doesn’t like and he will send troops. This is not the way things are done in America. It’s not the way they have been done since the Civil War. No one alive has ever seen anything like this. So why is everyone pretending it’s totally normal to have thousands of troops in the capital to fight disinformation? Because obviously, they’re in favor of it. They think it’s fine to mobilize the army in order to put down domestic opinions.

This week’s enemy is freshman Rep. Marjorie Taylor Greene, R-Ga., who is apparently so dangerous that in the name of democracy, she must be expelled from Congress. She was elected just months ago with 75% of the vote, roughly the same percentage that Nancy Pelosi got out in San Francisco. There’s no question that her voters very much wanted her to represent them in Washington.

On the other hand, what are her voters have to do with democracy? That’s not how democracy works. In the new democracy, CNN gets the veto. If cable news doesn’t like your views, you have to leave Congress. That’s the rule. The test is entirely ideological. You don’t actually have to harm anyone to lose your job. This new member of Congress has barely even voted, but CNN says she has bad opinions. Therefore, she’s the greatest threat we face.

Now, if you’re skeptical about any of this, our advice is keep it to yourself, because free inquiry is dead and unauthorized questions are hate speech. Anyone who suggests that this one member of Congress is not really America’s greatest enemy is by definition one of America’s greatest enemies. That would include “Tucker Carlson Tonight”, which CNN spent yet another weekend trying to get pulled off the air by force. They’re children, obviously, but that does not mean they will not win in the end or that it won’t get worse in the meantime.

Why, you ask? Simple: Donald Trump is gone now. That’s very bad news for the many people who made a living yelling at Donald Trump. And it’s especially dangerous for their political party, a party whose nonsensical coalition can only hang together by collectively throwing rocks at whomever happens to be at the center of the hate circle today. If there’s no more Donald Trump, that means you get to be Donald Trump.

The sad thing is, they’re missing a lot. This is the media, after all. Their job is to cover the news. And there are tons of interesting things happening right now, things that you tend to miss when you spend all day screaming about a single member of Congress from Georgia. For example, there’s the populist revolt underway on Wall Street.

What began as a tax on short sellers will likely change our economy permanently. So why are the Reddit guys doing this in the first place? It would have been nice if someone, somewhere had asked that question. Is it possible that the Reddit guys have a point, however destructive their tactics may turn out to be? Could it be that COVID has so dramatically accelerated the concentration of wealth in this country to a degree that’s dangerous and completely unsustainable that this was a reaction to it?

Of course, corporations have made it impossible for people to say anything that’s true out loud anymore — simple things like, “Hey, hedge funds aren’t actually very good for the country” or “Whoa, why do we still have something as obviously corrupt as the carried interest loophole in our tax code?” — without being called a racist by some goon from the human resources department down the hall. Maybe the Reddit guys had nowhere else to express their justifiable frustration, and instead took it out on our public markets. Could that have happened?

But that segment was not on cable news this weekend, nor was any speculation about how long a market that is this disconnected from reality can continue. How long before the whole thing crashes, not just the stock market, but any society built on mandatory lying?

Instead, we saw Newsweek fret about the “far right extremists” who may be using Reddit to mock our noble hedge funds. The Washington Post, meanwhile, saw the resemblance — not unreasonably, if we’re being honest — between what’s happening on Wall Street right now and what happened in the 2016 presidential election. They were appalled, of course. When the hedge funds take a hit, it’s mob rule. Even the corporate comedians weighed in, bowing before their masters in finance.

ABC’s Jimmy Kimmel went so far as to tell you that it must have been the Russians doing this. No decent, loyal American would hurt a hedge fund. For once, he wasn’t joking.

KIMMEL: Over the past six months, their stock price has grown by 8,000% because a bunch of amateur investors, maybe even some Russian disruptors who are part of a community called Wall Street Bets, decided to buy a bunch of GameStop stock and drive the price up and screw over the hedge fund guys.

Yeah, if you’re screwing over the hedge funds, you must be Russian, because there are no underlying problems that American citizens might be reacting against. None whatsoever.

This article is adapted from Tucker Carlson’s opening commentary on the Feb. 1, 2021 edition of “Tucker Carlson Tonight.”