Facebook has banned the sharing or viewing of our news articles on its platform. For independent journalism straight from the source, download our app and sign up to our newsletters.

Victoria has launched a royal commission into Crown Resorts’ flagship Melbourne casino just weeks after the Bergin Inquiry in NSW produced gob-smacking revelations during 60 days of public hearings last year about what was going on behind the scenes at the James Packer-backed group.

The most damning evidence from that inquiry date back even further, to a series of reports by The Age, The Sydney Morning Herald and 60 Minutes into Crown’s affairs in July 2019, which led to the NSW probe.

Former Supreme Court judge Patricia Bergin found in her final report, released two weeks ago, that Crown is unfit to hold the licence for its new $2.2 billion casino on Sydney Harbour. Western Australia then launched its own inquiry with the royal commission powers into Crown Perth last week. 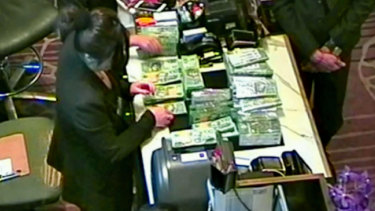 The NSW inquiry found that money had been laundered at Crown Melbourne.

In 2016, Chinese police arrested 19 Crown staff in co-ordinated raids for illegally promoting gambling in that country. The NSW inquiry examined exactly what Crown knew about the dangers its staff were in. It found an email between two senior executives saying that Crown staff lived in “constant fear” of arrest, and that police had even questioned a Crown employee more than a year before the arrests on suspicion of promoting gambling. Despite this, Crown pushed ahead with its aggressive tactics in China.

Commissioner Bergin expressed significant concern about how James Packer, Crown’s 36 per cent shareholder, exercised the “real power” at Crown which had “disastrous consequences for the company”. It led to conflicts of interest, blurred reporting lines and dysfunctional corporate governance. Packer has ended his representation on Crown’s board, but the NSW regulator is still concerned about his influence over the company.

Commissioner Bergin ultimately found that Crown’s biggest problem was its culture: it had an “unjustified belief in itself”. When allegations were raised of things going wrong, it showed an “unwillingness to entertain the prospect” they might be true.

Crown’s executive chairman Helen Coonan said last week that she was setting a “cracking pace” at fixing the problems identified in the commissioner’s report. She said she hoped those reforms – including a massive clean-out of its board and management – would satisfy any concerns raised by WA and Victoria.

The risk for Crown now is that Victoria and WA’s investigations uncover new evidence, or make even harsher findings that jeopardise its existing casinos.

Our Morning Edition newsletter is a curated guide to the most important and interesting stories, analysis and insights. Sign up here.