The total equity investment over the last decade in the space economy was $177.7 billion, according to Space Capital. It was spread across 1,343 unique companies, and firms in the U.S. and China collectively accounted for 75% of that amount. They were followed by Singapore (6%), Britain (4%), Indonesia (3%) and India (3%). The total investment in infrastructure (launch, satellites, logistics etc.) has jumped to a record $8.9 billion in 2020. Of course, the space economy isn't just rockets, spaceships and tourism. In fact, companies involved in applications, like positioning, navigation and earth observation, account for the lion's share of funds each year. 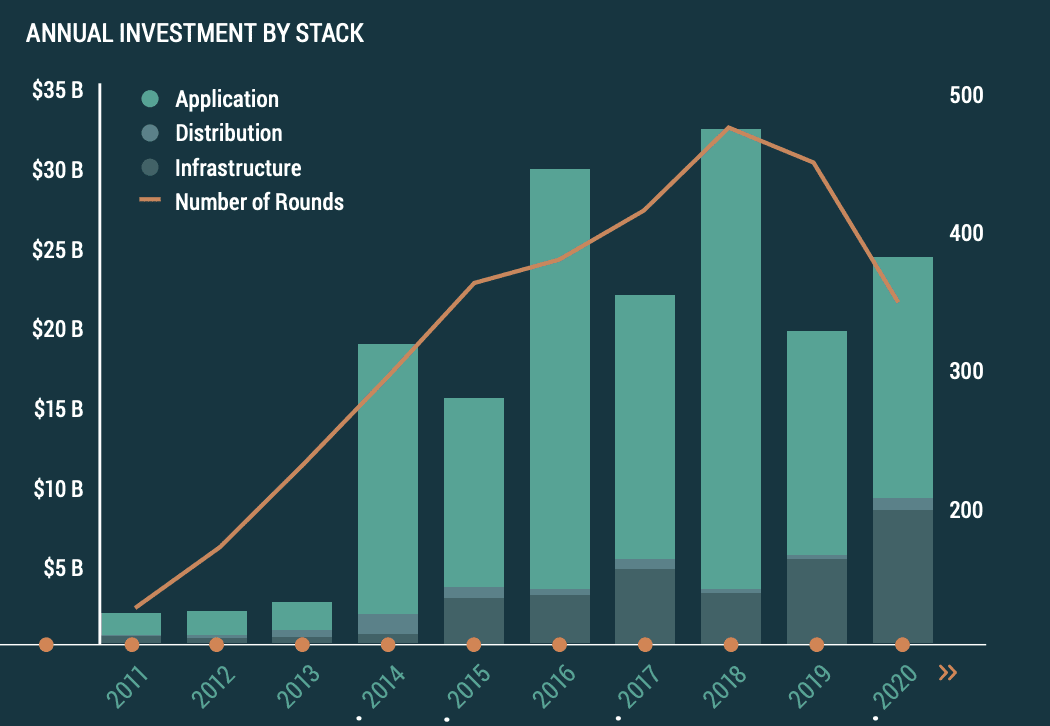 Wood is bullish about the sector because "the costs associated with launching, with rockets themselves, with antenna – they're all coming down dramatically." Another point mentioned by Morgan Stanley's Adam Jonas is that the sector is "increasingly existential" and the next frontier of human innovation. For example, he said, if we build flying cars we'll need constellations of thousands of satellites to guide us, high-speed travel will require leaving the Earth's atmosphere, to tackle climate change we could use space-based, Earth observation technologies. The bank sees the global space industry generating revenue of over $1 trillion by 2040, up from $350 billion in 2020. Satellite broadband is expected to represent 50% of the projected growth of the global space economy by 2040.

"The demand for data is growing at an exponential rate, while the cost of access to space (and, by extension, data) is falling by orders of magnitude," says Jonas. "We believe the largest opportunity comes from providing Internet access to under- and unserved parts of the world, but there also is going to be increased demand for bandwidth from autonomous cars, the Internet of things, artificial intelligence, virtual reality, and video."