Trump, as expected, easily won the straw poll of CPAC attendees, with 55% support in the hypothetical 2024 Republican primary matchup. DeSantis, who finished in second place with 21% support, was the only other Republican to reach double digits.

DeSantis, a first-term governor and Trump ally who’s become very popular among conservatives nationwide the past year for his resistance to lockdowns and COVID restrictions amid the coronavirus pandemic, easily topped a second straw poll that didn’t include Trump. DeSantis finished with 43% support in the hypothetical nomination showdown, with another strong Trump supporter, South Dakota Gov. Kristi Noem, finishing second at 11%. Everyone else named in the straw poll finished in single digits.

CPAC was held in Orlando, Florida, in DeSantis’ home state. Rove, the mastermind behind both of President George W. Bush’s presidential election victories, pointed to the home field element, saying, “There is an advantage to him [DeSantis] in that this was held in Florida.”

But he also emphasized that part of DeSantis’ strong showing was being “a successful conservative governor of a purple state.”

DeSantis, who narrowly won the governorship in 2018 and who’s up for re-election next year, is considered a potential 2024 White House hopeful. In his CPAC speech on Friday, he pledged never to allow the return of “the failed Republican establishment of yesteryear.” 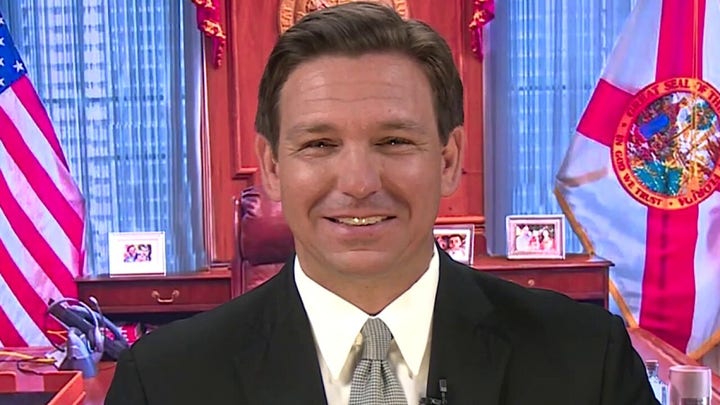 His straw poll results appear to be resonating in presidential primary and caucus early voting states.

“New Hampshire Republicans are going to start tuning into everything that Gov. DeSantis says or does, because the number from that convention was a surprise and certainly bodes well for him,” New Hampshire Institute of Politics executive director Neil Levesque, a former Republican congressional aide and adviser, told Fox News.

DeSantis “has proven that conservative principles and ideas work well,” Helen Aguirre Ferre, the executive director of the Republican Party of Florida, told Fox News. She said that Florida is a model to follow and the CPAC straw poll reflects support for Governor DeSantis’ “bold leadership.”

“Many CPAC attendees congratulated Governor DeSantis and said they wished that he were the governor of their state which makes sense because he showed that saving lives during a pandemic can be accomplished while protecting freedom and civil liberties,” she said. 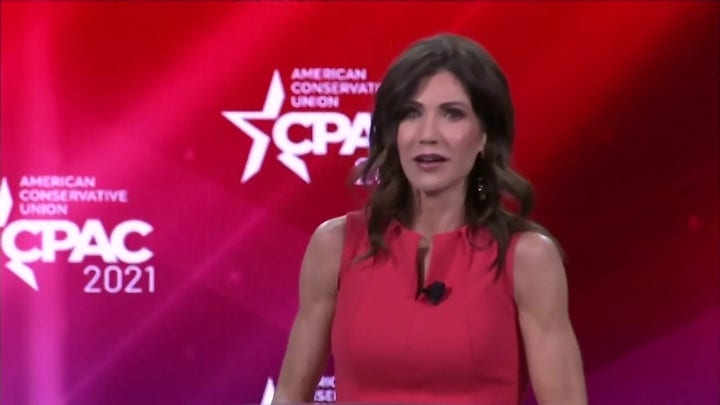 The CPAC straw poll also seemed to cement Noem’s status as a rising star of the right. She was one of the standout speakers during the four-day confab, espousing a pro-Trump message and highlighting her anti-lockdown and anti-mask policies amid the pandemic, which have enthralled conservatives.

Noem took to Twitter on Sunday, after Trump’s address. “Trump delivered a powerful message at @cpac. He has always put America and the American people first. I’m proud to call him my friend. Well done Mr. President!”

Following his speech, Trump touted his showing in the CPAC secret ballot straw poll. Asked during an interview on Fox News’ “The Next Revolution with Steve Hilton” on Sunday night on the chances he’ll run again for the White House in 2024, the former president said “If you look at the kind of numbers, the support is tremendous. But we’ll have to see.”

Ninety-seven percent of those voting in the straw poll said they approved of the job Trump had done as president and 95% said they wanted the Republican Party to continue to advance Trump’s agenda. That’s no surprise, given that CPAC has turned into a Trump lovefest over the past five years. But only 68% said they wanted the former president to run again in 2024, and his support dropped to 55% in the 2024 horserace question. 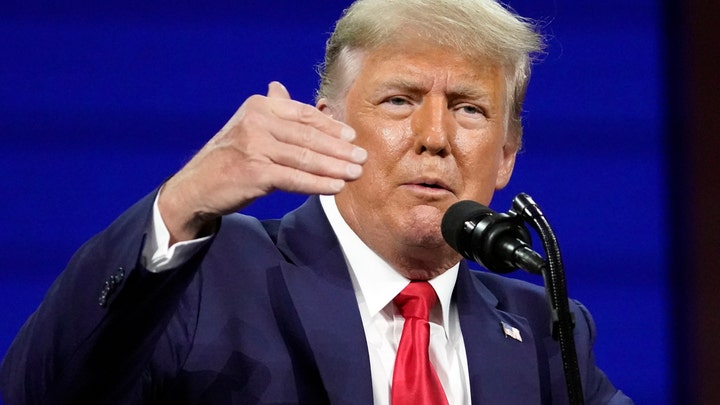 Rove argued that Trump’s “hold over the party is diminished and receding whether he acknowledges it or not.”

“Part of it is Jan. 6,” Rove added, as he pointed to the attack on the deadly attack on the Capitol by right-wing extremists and other Trump supporters. While a tiny minority of the GOP, 10 House Republicans, voted to impeach Trump on a charge of inciting the insurrection and 7 GOP senators voted to convict the former president.

The CPAC straw polls may not be the best barometer of things to come.

Then-former Massachusetts Gov. Mitt Romney won the straw poll in 2007 and 2008 but ended up losing the 2008 GOP nomination to Sen. John McCain of Arizona. And Sen. Rand Paul of Kentucky won the 2013-2015 straw polls leading up to the 2016 Republican presidential nomination race. But Paul ended up dropping his White House bid after a poor showing in the 2016 Iowa caucuses, the lead off contest in the nominating calendar.

Sen. Ted Cruz of Texas won the 2016 straw poll, with 40% support. Trump, who pulled out of the event hours before his speech, came in third at 15%. Of course, Trump went on to win the GOP nomination, and eventually the presidency.