The Pentagon is looking for a new way to screen social media as part of its background check process, in an effort to prevent extremist behavior in the ranks.

The Defense Department “is examining a scalable means of implementing social media screening in conjunction with background investigations,” Pentagon officials said in suggested training materials distributed for a stand-down to discuss extremism. The military-wide pause in operations was ordered by Defense Secretary Lloyd Austin.

The reference appears in a “common questions and answers” section, in which the Pentagon anticipated troops might ask about checking social media belonging to service members, civilian DoD employees and prospective recruits.

The suggested response notes that when service members and DoD civilians submit an SF-86 form to begin a background investigation process, they consent to having their publicly available social media information reviewed. The FBI now screens social media for extremism and criminal activity, the document states.

But Anthony Kuhn, an attorney with the law firm Tully Rinckey who specializes in security clearance issues, said in an interview Tuesday that the Pentagon’s statement indicates it plans to take a much more aggressive and methodical approach to monitoring troops’ social media in the wake of the January 6 ransacking of the Capitol by a violent mob.

The military doesn’t really have a formal process for doing so now, he said. Typically, a service member draws attention for extremist or other problematic social media posts after a third party sees them and alerts the military. 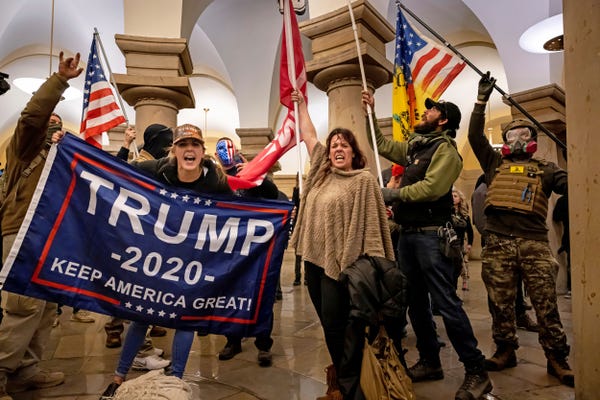 Kuhn said he represents several people who have had their security clearances jeopardized due in part to social media posts, so the military does look at it in at least some cases. But he added that the momentum for doing so will probably keep growing.

Troops are allowed to have and express their own political opinions, Kuhn said, as long as they follow certain guidelines, such as not doing so on duty or in uniform.

But the training materials spell out how service members’ activities can run afoul of the military’s standards, such as by advocating for violence or sedition against the government.

Service members are not allowed to “actively advocat[e] supremacist, extremist or criminal gang doctrine, ideology and causes,” the training materials state. They also cannot actively participate in organizations that “advance, encourage or advocate illegal discrimination based on race, creed, color, sex, religion, ethnicity or national origin,” or “the use of force, violence or criminal activity” to deprive people of their civil rights.

Extremist groups often try to recruit current or former service members for their skills and to gain legitimacy for their cause, according to the training materials.

In the new Pentagon training materials, officials said that, while troops have First Amendment rights to speak freely and assemble peaceably, the military must still assess their character, honesty, discretion, judgment and trustworthiness when deciding whether they are reliable enough to have access to classified or sensitive information.

Actions that could disqualify service members include supporting, being involved or associating with, or expressing sympathy for those attempting, training for, or advocating sabotage, espionage, treason, terrorism or sedition against the United States, the training documents state. 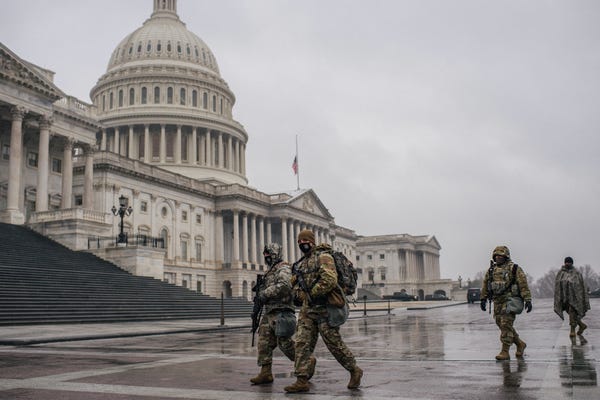 Those who associate or sympathize with people or organizations seeking to use force, violence, or other illegal or unconstitutional means to overthrow the federal or state government; prevent federal, state or local government personnel from performing their official duties; to gain retribution for perceived wrongs caused by the government; or to prevent other from exercising their legal or constitutional rights, could also find themselves disqualified, according to the training materials.

“Any doubt is resolved in favor of the national security,” officials said.

Kuhn said the Pentagon’s language suggests it might add social media checks to its continuous evaluation process, which already uses computers and investigators to track clearance holders and flag any financial trouble, criminal arrests, or emerging drug or alcohol problems.

Tracking violations of DoD regulations’ Guideline A, which requires “allegiance to the United States,” has been difficult to monitor, he said.

“That could be anything from liking a comment on a social media post that’s buried somewhere on the internet, all the way through openly advocating violence against the government or a government official,” Kuhn said. “They’re trying to figure out a system to track that kind of behavior, those types of red flags. Right now, there isn’t one.”

Service members who like and interact with posts by extremist groups such as the Three Percenters, a paramilitary organization that opposes federal government intervention in local affairs, could find that activity flagged by screening, Kuhn said.

Due process still applies, and the service member wouldn’t automatically lose their clearance, he said, but there would likely be an investigation. 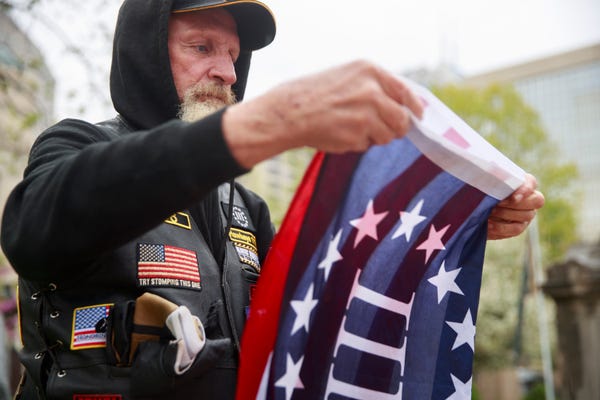 And while the military could start by only periodically reviewing social media posts when troops need background checks, Kuhn said he expects that, before long, it would be expanded into a practice of real-time monitoring to catch whether troops are involved in emerging threats.

“They will be using whatever technology they have available to them at this point to be able to monitor, in real time, social media posts and groups they have concerns about,” he said. “I’m sure they’ve already started” working on a continuous monitoring system after the shock of the January 6 Capitol attack, and the apparently disproportionately large number of rioters with military backgrounds.

Kuhn also expects that background investigations or periodic reinvestigations for renewals of security clearances will include closer looks at social media.