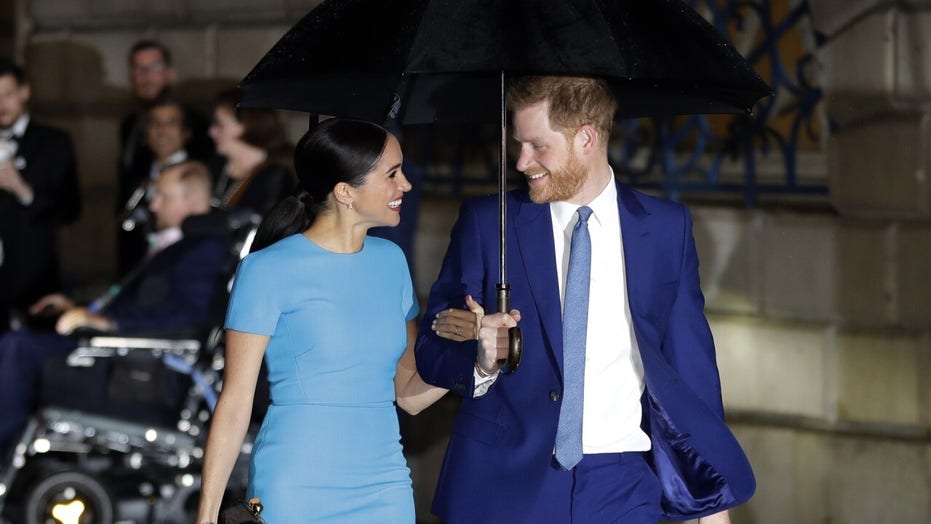 Are Harry and Meghan trying to take down the royal family?

If you had any doubts that Meghan Markle is a manipulative piece of work, her bombshell Oprah interview Sunday night dumping on the British monarchy would set you straight.

Prince Harry’s American wife accused his family of hateful racism against her baby, claimed they refused to protect her and drove her to the point of suicide.

She made the incendiary and implausible charge that when she was pregnant with Archie, the royal family decreed that her unborn son would be denied the title of “prince” because her mixed race meant he might have dark skin.

You could make no more damaging charge about a monarchy which presides over a Commonwealth of nations made up of a majority of people of color.

So this was the root of Megxit: Meghan convinced herself that the royal family was denying her son a title – and the security protection that came with it – because of his potentially dark skin.

She didn’t personally care about “all the grandeur” of a title, oh no, but was upset about “our son not being safe and the idea the first member of color in this family not being titled in the same way other grandchilden would be.”

Harry didn’t join her until the second hour of the tell-all, but Oprah let viewers know that he had been listening to every word.

He did not defend his family but acknowledged a conversation with a relative early in his relationship with Meghan, which had included the question: “what will the kids look like,” alluding to the color of their skin.

Whatever the accuracy of his recollection, it does not bolster Meghan’s allegation that Archie was denied a title because of his race.

Harry said he was hurt that no one in his family called out the press for the “colonial undertones of articles and headlines about Meghan.”

Meghan claimed she never read negative press coverage about herself yet was devastated by it and said the royal family refused to intervene to stop it.

She then became suicidal “I just didn’t want to be alive any more. It was a really clear and real and frightening constant thought.”

She claimed life in the royal family was “almost unsurvivable” and she would be dead if they hadn’t left England.

Harry, 36, looked grim and joyless for the hour he sat holding his wife’s hand and answering Oprah’s probing questions. Even when Meghan, 39, gave him permission to reveal the sex of their unborn baby – it’s a girl – his smile and little fist pump seemed strained.

When Oprah asked what “delights him” about his new life with Archie and Meghan, there was a long uncomfortable pause when he looked desolate. He eventually cited walks on the beach and riding a bicycle with Archie.

Meghan also threw her sister-in -law Kate under the bus, saying that the future Queen had made her cry the week before her wedding, and yet the palace allowed the media to say it was she who had made Kate cry.

“That was a turning point,” she said.

“The reverse happened and I don’t say that to be disparaging to anyone because it was a really hard week of the wedding and she was upset about something but she owned it and she apologized and she brought me flowers… What was shocking was six, seven months after the wedding the reverse of that would be out in the world… I would have never want that to come out about her ever even … I protected that from being out in the world.”

This is just psychotic. Get over it. Even if what she says is true, she got her apology note and her flowers. Move on.

She appears jealous of Kate and her position above her in the royal pecking order but has persuaded Harry that it was Kate’s jealousy which fractured the relationship.

Meghan ensnared Harry by acting out the worst nightmare of his childhood, when his beloved mother was killed with her lover in a car crash in Paris when Harry was 12.

He was powerless to save his mother then, but he is determined to save Meghan from what she led him to believe was  “history repeating itself.”

“My biggest concern was history repeating itself,” Harry says, holding hands with Meghan as she gazes adoringly at him, clad in a $4,700 black Armani dress and patting her pregnant belly.

“I’m just really relieved and happy to be sitting here talking to you with my wife by my side because I can’t begin to imagine what it must have been like for (Diana) going through this process by herself all those years ago.”

You see how it works?

Asked how Buckingham Palace would react to “hearing you speak your truth today?” Meghan is smugly triumphant.

“I don’t know how they could expect that after all of this time we would still just be silent if there was an active role that ‘the Firm’ is playing in perpetuating falsehoods about us.”

You only have to remember how cruelly she treated her own father and sister after she met Harry to understand how pitiless she is.

Now she is intent on inflicting the same cruelty, or worse, on her husband’s family.