ONEPLUS is set to launch its new phones on March 23.

The OnePlus 9 Series finally has an official launch date and a reveal time of 2pm GMT (10 ET).

The smartphone brand is famous for its mid-range 'affordable' phones.

It has revealed a partnership with Swedish camera maker Hasselblad for its 9 Series.

That means we may see some pretty impressive cameras on the new OnePlus offerings.

Rumours suggest they'll be a OnePlus 9 Pro with a curved 1440p 120Hz display. 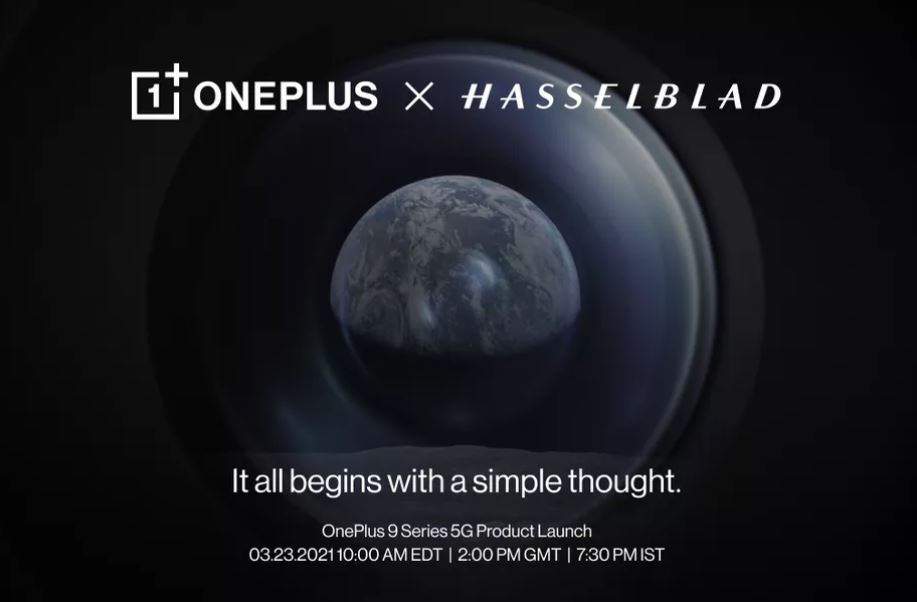 It's expected to come with super fast and reverse wireless charging.

5G capabilities are also expected but a more simplified handset could also be launching.

OnePlus has been emphasising the camera capabilities of its 9 Series devices.

It recently tweeted: "The future of mobile photography arrives on March 23.

"Experience the @Sony IMX789 Sensor on the #OnePlus9Series".

That sensor is said to capture 4K cinematic video and could be a big draw for people who use their phones to film social media content.

Some tech fans are staying sceptical of the Hasselblad partnership for now as big phone brands have partnered with camera brands before and the results haven't always been great.

We'll have to wait until March 23 for the finer and more important details like prices and availability.

In other news, WhatsApp has made a U-turn on its decision to thrust controversial new terms on users.

Apple is quietly working on a "mixed-reality headset" to launch next year, insiders have claimed.

And, a new feature for the Apple Find My app could let you know if someone is stalking you.

Are you a big One Plus fan? Let us know in the comments…