China ordered Tencent Holdings and 13 other developers to rectify problems related to pop-ups within their apps, adding to a wide-ranging crackdown on the country’s tech sector.

The companies must address the “harassing” pop-up windows, which could contain misleading information or divert users away from the apps, the Ministry of Industry and Information Technology said in a statement on Wednesday. The 14 services, including an e-books app by Tencent’s QQ and a video platform by Le.com, will have to fix the problems by August 3.

“Failure to abide by regulations” will not be tolerated and will be “penalised” accordingly, said the ministry. 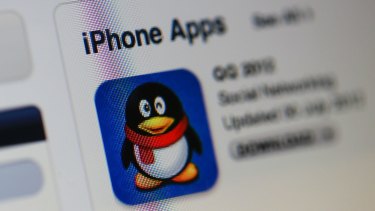 Tencent is among a number of companies being ordered to stop ‘harassing’ pop-up ads on their apps.Credit:Bloomberg

Pop-ups, often used for advertising, are just the latest targets in a series of government crackdowns that have ranged from antitrust to data security, as Beijing seeks to rein in the tech giants’ influence over most of everyday life. The crackdown has stepped into high gear in recent days after regulators announced their toughest-ever curbs on the online education sector and issued edicts governing food delivery, fueling a rout in Chinese tech stocks.

The statement by MIIT comes days after the regulator announced a six-month crackdown on illegal online activities. The ministry on Monday said it will take steps to root out violations involving pop-ups, data collection and storage as well as the blocking of external links.

Other regulators including the Cyberspace Administration of China have also pledged to tighten restrictions on misleading and explicit content used for marketing purposes. The watchdog said such material will be subject to harsher oversight, issuing fines against companies like Tencent, Kuaishou Technology and Alibaba Group for offensive content.

Tencent shares sank more than 5 per cent on Wednesday, adding to a three-day, 18 per cent sell-off. The company, China’s biggest by market value, on Tuesday suspended registrations for its WeChat services to rectify illegal behaviour online.