“Sobering,” is how Los Angeles County Director of Public Health described the Covid infection data from L.A. schools for the week of August 16.

Ferrer said the county recorded 3,186 new cases in schools in that week. That total includes LAUSD and other campuses. About 2,500 of those infections were instances of one case only. About 3,500 students who were in close contact with those infected were quarantined. See chart below. 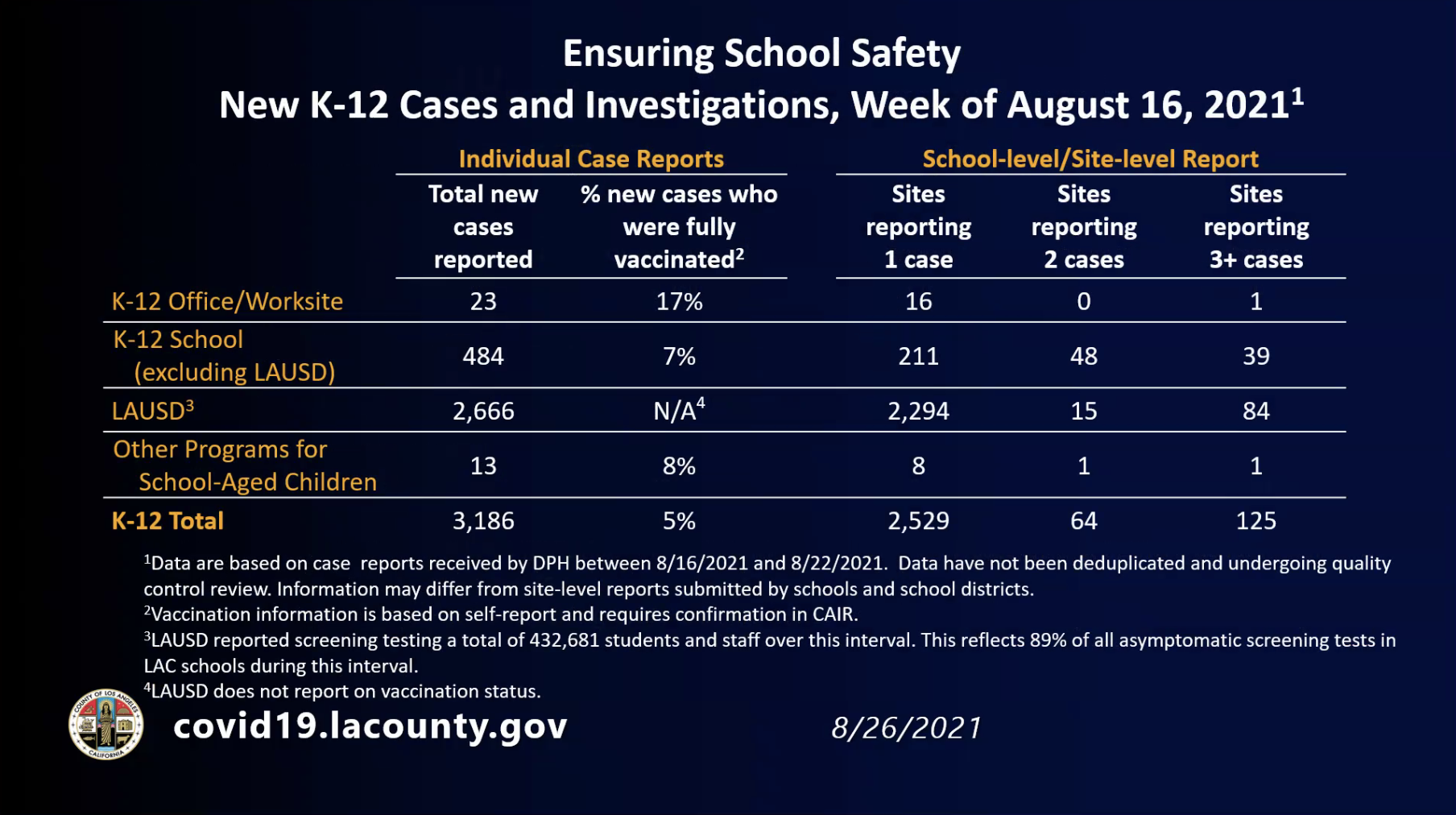 “Through last week, we217;ve been seeing about three outbreaks a week (in schools),”she said. “This week, we’ve seen 5.”

Given the lack of vaccination for those under 12, the Delta variant and the close quarters, “We anticipate an upward trend in outbreaks,” said Ferrer.

Of the 14 outbreaks that occurred in schools that opened in August, half were related to school sports. Cheer squads and cheerleaders attending camps accounted for many of these cases. Many of those students were not wearing masks while cheering. Many of the students were riding on busses together to and from camps.

According to the district217;s online dashboard, there are 11 confirmed positive cases among students and staff at the school, although only seven were the result of “school-based transmission,” it indicated.
`
“The cases are concentrated in a single classroom and Los Angeles Unified is fully cooperating with the Department of Public Health,” according to a statement from a district representative. “The district has alerted all
those potentially impacted and the quarantined class has been provided with instructional materials to continue their studies.”

The Department of Public Health defines an outbreak as three or more cases originating in a single location.

LAUSD officials told the Board of Education Tuesday that 3,000 of the district217;s more than 450,000 students had tested positive for Covid-19 as of the end of the first week of classes, which began Aug. 16. The board said that figure includes testing conducted prior to the start of the school year. But that number had previously been reported at 3,600, so the LAUSD numbers do not add up.

LAUSD does have a data dashboard, but it does not provide cumulative numbers. Rather, it records infections on a school-by-school basis. Ferrer said last week that county health officials are working on their own cumulative dashbaord.

The L.A. Public Health numbers released today indicate that 2,666 new infections were seen in the LAUSD last week which, added to the 3,600 cases discovered in back-to-school testing during the two weeks before students returned, would put the number of cases identified at above 6,000.

In just 24 hours between 8 a.m. Tuesday, August 17 and 8 a.m. Wednesday, August 18, the Los Angeles School District recorded 118 new cases. That data is from the L.A. County Department of Public Health.

Public Health teams have observed the following improvements that they say can be made at many schools:

See chart below for case, hospitalization and death rates by age and vaccination status in L.A. County. 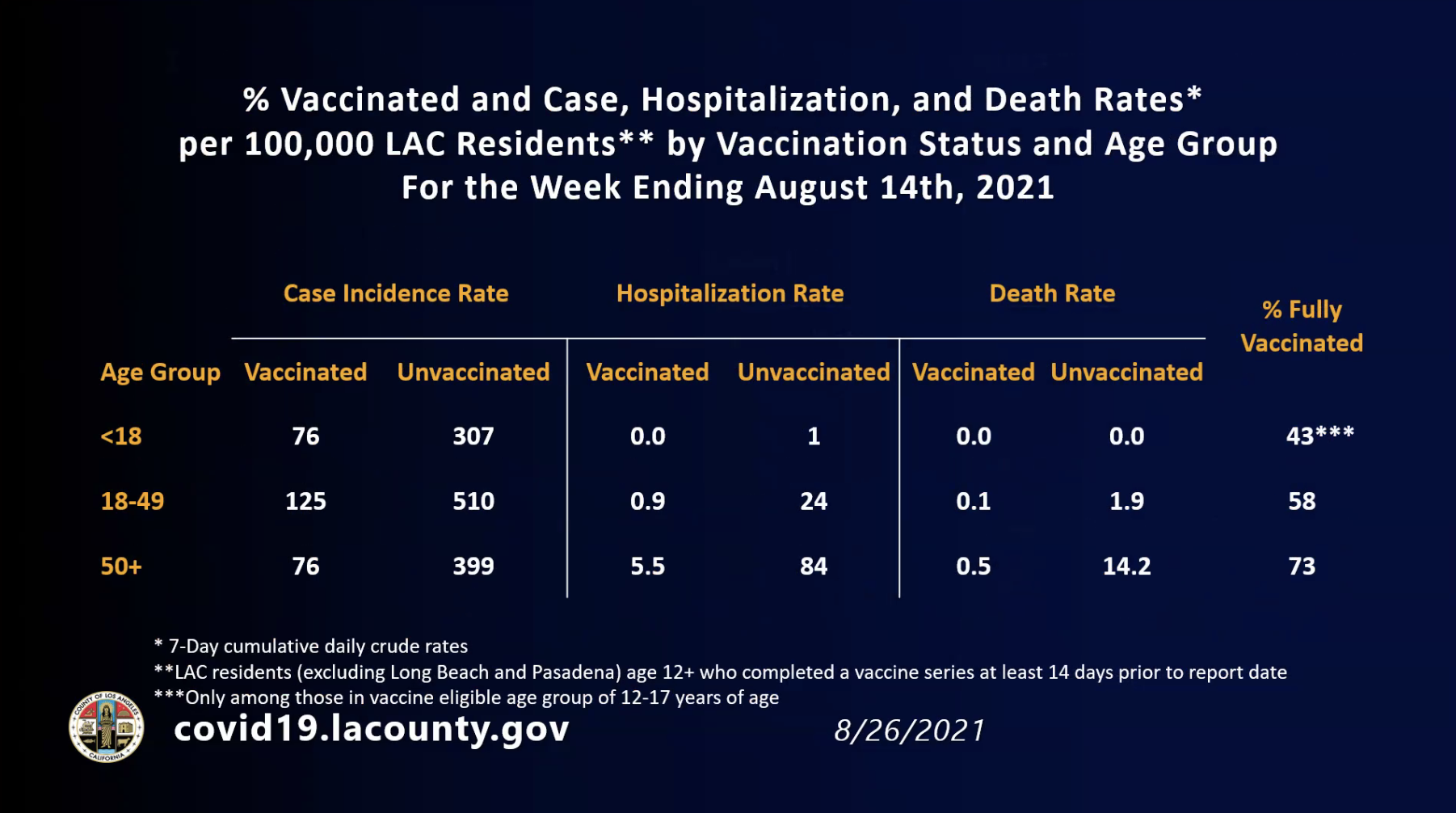