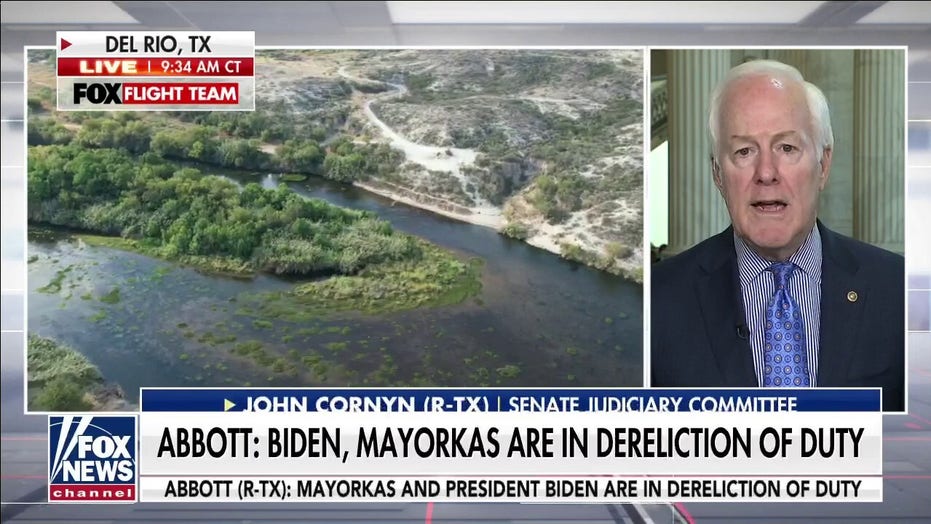 If Biden admin ‘wanted to stop’ border crisis, ‘they would’: Sen. Cornyn

Sen. John Cornyn, R-Texas, on the Biden administration’s response to the migrant surge at the southern border.

Polls are showing that Americans are quickly losing their trust in President Biden.

Recent polling data illustrates a wavering in Americans’ trust in the president, with the majority of adults in a recent Fox News poll not viewing Biden as a “strong leader.”

Additionally, recent Gallup polling from last week shows that Americans are not exactly happy with the president. For the first time in his presidency, the majority of Americans disapprove of Biden, with his approval rating hitting an administration low of 43%.

A Pew Research Center poll published last week also illustrated a shrinking approval rating for the president, which plummeted from 55% in July of this year to 44% in September — a stunning 11-point decline.

The bad news for Biden doesn’t stop there, though, as the Pew polling data revealed that the majority of Americans are questioning Biden’s mental aptitude.

According to the Pew data, only 43% of Americans believe that Biden is “mentally sharp,” another steep, 11-point drop from 54% in March of this year.

The loss in trust could stem from Biden’s poor responses to the mounting crises battering his administration.

Alongside the administration’s poor responses to both the COVID-19 pandemic and the crumbling southern border, Biden’s botched and deadly withdrawal from Afghanistan saw the president endure much criticism from both sides of the aisle.

The new polling numbers are a boon to Republicans as the 2022 midterm race begins to heat up and the party looks to retake control of the House and Senate.

The White House did not immediately respond to Fox News’ request for comment.