The head of supermarket giant Coles has estimated that just 2 per cent of retail workers are likely to quit in opposition to vaccine mandates, as the sector prepares for a bumper Christmas spending season.

Steven Cain, Coles’ chief executive, told The Age and The Sydney Morning Herald while he fully expected there would be some workers who “can’t or won’t” get the vaccine, he believes the vast majority will be happy to roll up their sleeves. 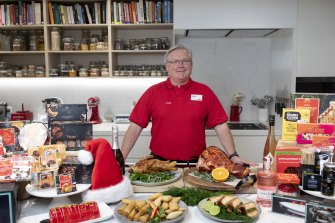 “When vaccines first came about, the survey data at that point showed the hesitant and the [anti-vax] were near 15 per cent,” he said. “But confidence in the vaccine is growing, and there’s increasing recognition that either to work or to enjoy anything discretionary, you have to be vaccinated.”

“The [Sydney LGA] mandates and the Victorian mandates have gone far better than expected, and the average view of the industry is there will be around 2 per cent of team members who won’t or can’t get vaccinated, so relatively low levels.”

His comments come after the head of Bunnings, Mike Schneider, revealed last week that the hardware chain had already seen a small number of staff announce their intention to quit over the mandates.

Coles is currently preparing for the all-important Christmas spending period, one which Mr Cain believes will be different to last year’s due to the higher case numbers. He added that Australians will need to “live with COVID through Christmas”.

This won’t put a dampener on spending, however, with Mr Cain expecting the end of 2021 to be a bumper period for the retail sector, as states and territories emerge from lockdowns in time for the festive months.

“Most indicators are pointing towards very low unemployment and high expenditure. There is apparently more than $100 billion extra sitting in bank accounts, ready to be spent,” he said.

Convenience will likely be the name of the game this Christmas, he expects, with Coles’ most recent range putting a heightened focus on meals that are easier to prepare.

“Our view is that there’s going to be less time spent in the kitchen stove than ever,” he said.

Coles and rival supermarket Woolworths raised concerns last month over a potential crunch on workers across their supermarkets and distribution centres, as hundreds of workers were repeatedly sent into isolation due to stores being listed as ‘tier-1’ exposure sites.

This issue was fixed by the Victorian state government after pressure from the sector, and Mr Cain said the stores are currently operating well. Despite this, the retailer will still hire an additional 7000 staff across its supermarket and liquor division to prepare for the festive rush and shore up against any potential staff shortages during Christmas.

“The big unknown, as we head into Christmas, is going to be the number of people who just want to have a break,” he said. “Another unknown is how many people might catch COVID. We look at all of these factors in our scenario planning … but at this stage, I feel we’re in good shape.”