Fox News’ Jennifer Griffin reports from the Pentagon with a look back at Powell’s life and legacy.

Campaign finance records reviewed by Fox News show that the congresswoman’s campaign has paid her daughter, Karen Waters, a cumulative $74,000 in donor cash through September.

The last quarter alone saw over $20,000 go to the younger Waters, which is nearly a third of the median American household income in 2020, according to the Census Bureau.

Waters’ campaign did not immediately respond to Fox News’ request for comment on the payments to her daughter.

Waters’ daughter has received over $1.1 million for her work on her mother’s campaigns since 2003. 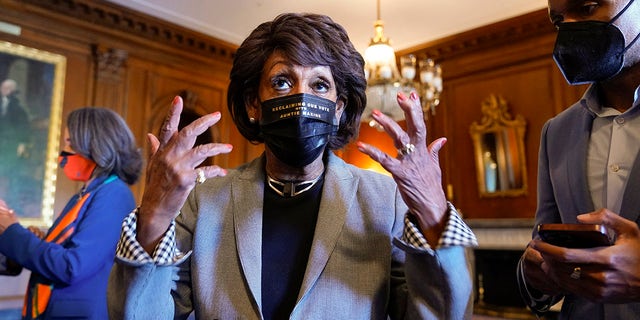 Rep. Maxine Waters, D-Calif., has paid her daughter over $1 million in campaign funds over the years.
((AP Photo/J. Scott Applewhite))

The daughter of the California Democrat organized slate-mailing operations to bolster her mother’s reelection.

Slate-mailing is an uncommon practice in federal elections, where a consulting firm is hired to create a pamphlet of sorts that contains a list of candidates or policy measures, and advises voters how to cast their ballots.

Rep. Waters was reportedly the only federal politician to use a slate-mailer operation during the 2020 general election.

Karen Waters isn’t the only member of the family to cash in on Rep. Waters’ career over the years.

In 2004, the Los Angeles Times revealed that the Waters campaign had shelled out over $1 million to other family members over the previous eight years.