Fund managers are gearing up to launch an Australian Bitcoin exchange-traded fund following the success of similar new offerings in the US last week, with some groups saying local options could be on the market by mid next year.

ETFs allow investors to purchase various securities, commodities or indices without having a direct exposure to the asset, with the funds often viewed as a lower-risk way of investing in higher-risk sectors, such as property or tech. 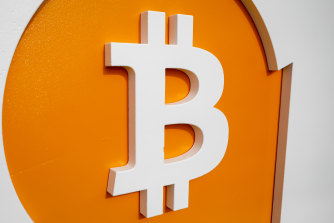 Since Bitcoin’s explosion into the mainstream four years ago, investors have been calling for an ETF that tracks the price of major cryptocurrencies, which can often be highly volatile, as a way for traditional investors to gain exposure to the space.

However, interest exploded in the last few weeks after the first-ever Bitcoin futures ETF was approved for trade in the United States, sending the price of the digital currency soaring 50 per cent over the past month to nearly $85,000. This is despite a second ETF, launched just days after the first, falling 2.8 per cent on its debut.

Currently, crypto ETFs aren’t able to operate in Australia due to regulatory concerns over asset custody, however, local investment firms are preparing for this to change by next year, with the corporate regulator currently finalising a review into the feasibility of such funds and how they would operate in the market.

Alex Vynokur, chief executive of $20 billion ETF provider Betashares, confirmed to The Age and The Sydney Morning Herald his firm was interested in establishing an Australian Bitcoin ETF when the regulation permits, saying such a fund was inevitable in Australia given the interest in the nascent asset class.

“At the moment, we’re seeing some stats in Australia that well over a million Australians own an investment in cryptocurrencies directly,” he said. “We do think that over time we will see Bitcoin and hopefully other cryptocurrency exchange-traded funds available.”

Similarly, Heath Behncke, managing director of innovation-focused fund manager Holon said he expects an Australian Bitcoin ETF could be launched by mid-2022, with Holon hoping to be one of the frontrunners in launching a fund when possible.

However, both investment managers agree that proper regulation will need to be in place before such an outcome could be achieved, with the main sticking point for the Australian Securities and Investments Commission being how fund operators would manage the custody of digital assets such as Bitcoin, given Australia does not currently have a custody regime for crypto.

Senator Andrew Bragg’s recent parliamentary report into the cryptocurrency space includes a recommendation that Australia establish a custody regime, a move Mr Behncke says would be critical in streamlining crypto ETFs in Australia, though he said overseas custody in more crypto-friendly regimes such as Wyoming in the US, could act as an interim solution.

“I definitely think there’s a lot of investors keen on a Bitcoin ETF, but it’s still early in conversations,” he said. “There’s definitely a pent-up demand for it, but it’s about having the right structure that that market participants can actually engage in.”

In the meantime, Betashares has set up its own cryptocurrency-sector ETF which invests in crypto-adjacent businesses such as Bitcoin miners and listed exchanges like Coinbase. Mr Vynokur likened it to investors who sold picks and shovels during the Gold Rush.

“Those are the companies that are really well-positioned to benefit from the growth in the crypto economy, almost irrespective of the price of Bitcoin or any other cryptocurrency,” he said.

“It’s a different way to participate in the disruption and change that crypto is bringing upon us.”