Prosecutors have ditched a criminal cartel case against ANZ Bank and one of its executives, Rick Moscati, but are continuing the long-running action against investment banks Citi and Deutsche Bank.

After the explosive legal action over a $2.5 billion share sale was launched more than three years ago, ANZ Bank on Friday told the ASX the Commonwealth Director of Public Prosecutions (CDDP) had decided to stop the legal proceedings against the bank and Mr Moscati, who was group treasurer at the time of the capital raising. 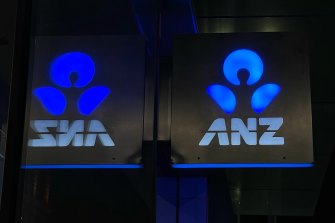 ANZ Bank is no longer facing criminal action over a 2015 capital raising.Credit:Will Willitts

The case had alleged cartel conduct on the part of ANZ and investment banks in relation to a 2015 capital raising, and it alleged there was an understanding between the investment banks regarding the supply of ANZ shares.

The action has led to a prolonged legal battle that earlier this year saw the CDDP drop some charges and clear one investment banker of wrongdoing.

ANZ’s chief risk officer Kevin Corbally said in a statement: “We maintained all along ANZ acted in accordance with the law in relation to the placement. We defended the bank and Rick [Moscati] on that basis and we are pleased the matter is now behind us.”

The Australian Competition and Consumer Commission (ACCC), which carried out the investigation that led to the action, said on Friday the case against Citi, Deutsche and the remaining accused staff from these banks would continue.

“The CDPP is solely responsible for deciding whether to prosecute criminal cartel offences in accordance with the Prosecution Policy of the Commonwealth.

Attempts to contact the CDDP late on Friday had been unsuccessful at the time of writing.

The third bank involved in the 2015 capital raising at the heart of the matter – JP Morgan – has immunity.