New York (CNN Business)On any given day, you might receive a package you ordered from Amazon, log onto a website hosted by Amazon, ask an Amazon device about the weather and grab groceries at a Whole Foods owned by Amazon. Amazon is more than just the “everything store.” It’s become something of an “everything company” that touches nearly every corner of our lives and the economy.

That growing reach — and, in some cases, dominance — has increasingly made Amazon, like its Big Tech peers, a target for regulators and lawmakers. But its vast size and impact also creates a challenge for regulators who want to rein in or break up the company without harming the consumers and businesses that rely on it.
Last month, a bipartisan group of US House lawmakers introduced a slate of bills aimed at addressing the power of dominant tech firms — namely, Facebook (FB), Amazon (AMZN), Apple (AAPL) and Google (GOOGL GOOGLE). Each of these companies has been accused by regulators in the United States and Europe of engaging in anticompetitive practices, and the proposed US legislation could help pave the way for one or more of them to be broken up, among other possible remedies.

Of the big four, Amazon has given the clearest picture yet of how its business might change if the proposed bills become law. And the first piece of its empire to go might be its massive third-party marketplace, 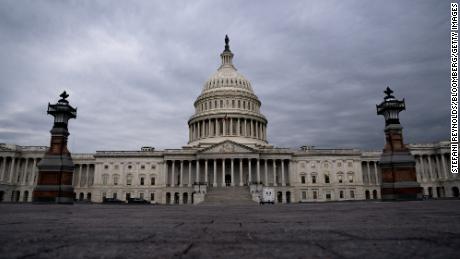 The company recently suggested that it could be forced to stop operating its marketplace for third-party sellers and return to the days when it simply sold all the goods on its site itself. Such a move could have huge implications for the millions of sellers who rely on it to run their businesses and upend the shopping experience for consumers accustomed to getting basically anything they want in one place.

Longtime Amazon watchers are torn on whether Amazon would actually follow through with this plan if the legislation is passed — which itself is probably a long way off — because it could harm the company’s bottom line. But the possibility demonstrates the challenges lawmakers face as they seek to temper the power of Amazon and its fellow tech giants.
“Breaking up companies is very, very hard,” said Joel Mitnick, a partner in the antitrust group at law firm Cadwalader. “Breaking up companies that consumers love is even harder.”

Amazon was once just a bookseller. Now, a short list of Amazon’s businesses includes its cloud division Amazon Web Services; Whole Foods; advertising; gaming; entertainment and streaming; logistics, warehousing and delivery; smart devices; payment services and, of course, e-commerce.
A number of these divisions have become targets of critics in recent years. Senator Elizabeth Warren, during her 2020 presidential primary bid, suggested appointing regulators to “unwind anti-competitive mergers,” including Amazon’s $13.7 billion purchase of Whole Foods in 2017.
More recently, Amazon’s proposed $8.45 billion acquisition of legendary film studio MGM also faced pushback from Warren and other lawmakers. The Federal Trade Commission, under newly-appointed Commissioner and Amazon critic Lina Khan, is set to review the deal.
And while it’s yet to attract serious attention, regulatory action could also affect Amazon Web Services, the company’s most profitable division, which provides crucial IT infrastructure for companies and government agencies around the world, as well as for Amazon itself.
Some analysts — as well as one former Amazon vice president — have previously suggested that Amazon spin off AWS as a way of countering antitrust pressure and to fuel the business unit’s growth. In 2019, Andy Jassy, the former AWS head who recently took over as Amazon CEO, laughed off a reporter question about the possibility of spinning off the cloud business in the near future.
For now, at least, US regulators’ focus is on the core piece of Amazon’s empire: retail.

When you search for products on Amazon’s site, many of the items listed for sale are not sold by Amazon itself, but by millions of outside sellers who use the platform to reach the company’s hundreds of millions of customers. But Amazon’s relationship with those third-party sellers has become a major focal point for the company’s critics.
Some have raised concerns about Amazon copying products from third-party sellers and selling them for cheaper because it has the scale and resources to do so. For its part, Amazon execs have argued that this has long been a common strategy for retailers.
During a Congressional hearing last year, Amazon founder Jeff Bezos faced sharp questioning about whether the company uses third-party seller data to support its own private-label business. Bezos said Amazon has a policy prohibiting that practice, but, he admitted, “I can’t guarantee you that policy has never been violated.”

American Innovation and Choice Online Act: Bars large tech platforms from preferencing their own products and services, and disadvantaging rivals.

Ending Platform Monopolies Act: Prohibits tech giants from owning multiple business lines that create conflicts of interest and could be used to self-preference or thwart competition.

Augmenting Compatibility and Competition by Enabling Service Switching (ACCESS) Act: Requires dominant online platforms to make it easier for users to migrate their data to other platforms.

The District of Columbia in May sued Amazon, alleging that it prohibits third-party sellers from offering products at lower prices on other websites, which it claims helps Amazon maintain dominance. Some sellers have also complained about such terms. (Amazon said that sellers set their own prices, but it reserves the right not to highlight sellers who don’t price goods competitively.)
The Ending Platform Monopolies Act, one of the six bills introduced in the House last month, takes aim at Amazon’s relationship with sellers, although it doesn’t directly name the company. The bill would prohibit a dominant tech platform from owning multiple business lines that create conflicts of interest, or could be used to favor its own offerings or thwart competition — for example, a tech giant owning a marketplace platform and competing with others on it at the same time.
A complementary bill, the American Innovation and Choice Online Act, would prohibit Amazon from requiring sellers to buy other Amazon products and services as a condition of being on the platform. It would also block Amazon from using sellers’ sales data to promote Amazon-branded products and prevent the tech giant from trying to control how a seller prices its products.
In a statement after the bills were announced, Amazon’s vice president of public policy, Brian Huseman, suggested that if forced to choose one business model, the company could stop supporting independent, third-party sellers, a move it positioned as a potential detriment to the economy.
“More than a half million American small- and medium-sized businesses make a living via Amazon’s marketplace, and without access to Amazon’s customers, it will be much harder for these third-party sellers to create awareness for their business and earn a comparable income,” Huseman said.
Highlighting the potential threat to third-party businesses is a politically savvy argument, analysts say. “They’re playing to their strongest suit, which is how Amazon makes money for others,” said D.A. Davidson analyst Tom Forte.
But it’s also a somewhat surprising claim, given how lucrative the third-party seller business is for Amazon. As far back as the end of 2018, independent, third-party sellers made up nearly 60% of total physical gross merchandise sales on Amazon — amounting to $160 billion in sales, Bezos wrote in his annual shareholder letter that year.
“Third-party sellers are kicking our first party butt. Badly,” he wrote at the time.
That’s still the case, analysts say. Amazon earns a “superior” profit margin on third-party sales compared to its own first-party sales, Forte said, because it keeps the prices of its own goods so low. Amazon also makes additional income when sellers use its delivery service.

By threatening to sacrifice one arm of its business, Amazon may be trying to preserve another: the massive logistics and fulfillment system it has built out around the world.
The Ending Platform Monopolies Act could require tech giants “to divest lines of business — such as Fulfillment by Amazon — where the platform’s gatekeeper power allows it to favor its own services,” said Chris Evans, a spokesman for Rep. Pramila Jayapal, who co-authored the bill. Evans cited reports by numerous sellers who felt “they had no choice but to pay for Fulfillment by Amazon in order to sell their products.” 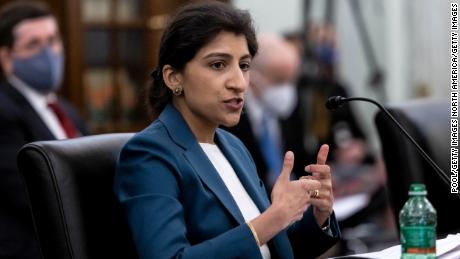 If Amazon only sold its own products, it would be more like any other retailer that has a delivery network to ship products to customers, potentially avoiding a spinoff of that section of the business.
“Think about the billions of dollars that they’ve put in capital and the construction jobs they’ve created by building these fulfillment centers,” said Edward Jones senior analyst Brian Yarbrough.
Amazon’s global logistics operation now includes a cargo air network with dozens of planes, a freight shipping system and a massive fleet of trucks, as well as its many fulfillment centers. In a hiring spree last year, Amazon brought on around 500,000 employees, many of them fulfillment workers, pushing the company’s total employment to over 1.3 million.
Some of those jobs could be at risk if the bills pass and Amazon sheds its third-party marketplace as a result.
“I think [regulators] have got to be careful being too shortsighted here, and think about the job creation and how large these companies have become and how meaningful they are for the overall economy,” Yarbrough said.

Amazon’s antitrust battle is likely to take years — the company is already pushing back by asking the FTC’s Khan to recuse herself from any Amazon-related cases, citing her previous criticisms of the company — and it will probably evolve over time.
But the e-commerce giant’s early reaction to the bills offers a glimpse at what parts of its business Amazon will fight for most in an antitrust world.
Source: Read Full Article