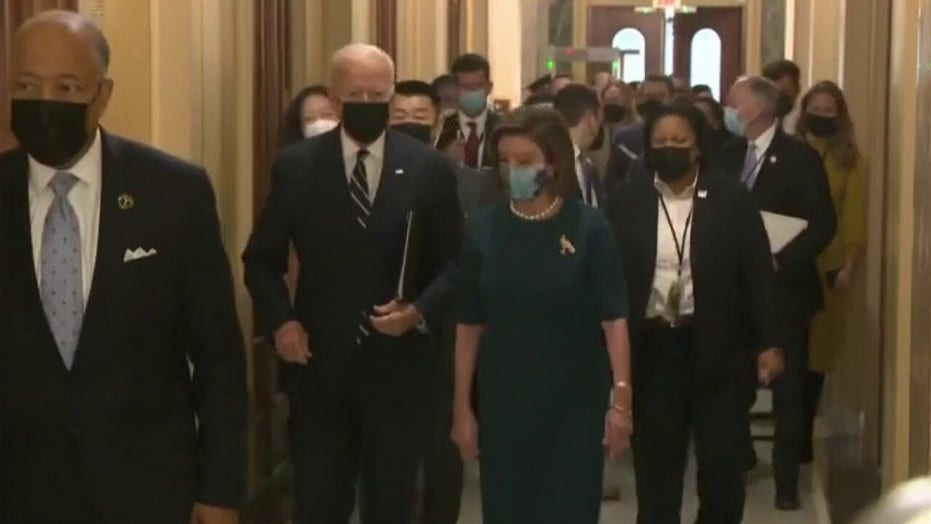 House Republicans are warning of 31 policies in the Democratic reconciliation package that they say will “wreck America” – after Democrats released a draft of the enormous spending bill they are hoping to get through Congress without Republican support.

“Now we have new bill text. And we wanted to give you an update on what’s in and what’s out,” the memo by the Republican Study Committee Chairman Rep. Jim Banks, R-Ind., says. ‘Because it’s not about the topline “pricetag” (and it’s NOT $0). It’s about the underlying policies within the bill.”

“And there are 31 devastating policies that would wreck America still left in the Democrats’ reconciliation package,” it says.

The memo had previously outlined 42 policies Republicans objected to in the initial draft of the bill, but as Democrats negotiate among themselves to try and get a package that can get the approval of both moderates and progressives to overcome their razor thin margins in both chambers, that list has been trimmed.

The memo highlights that policies that promote the Green New Deal in schools, give greater power to unions, and further what they call “Democrats’ social justice agenda,” are out. Also gone is language that would waive a number of grounds for immigration inadmissibility. 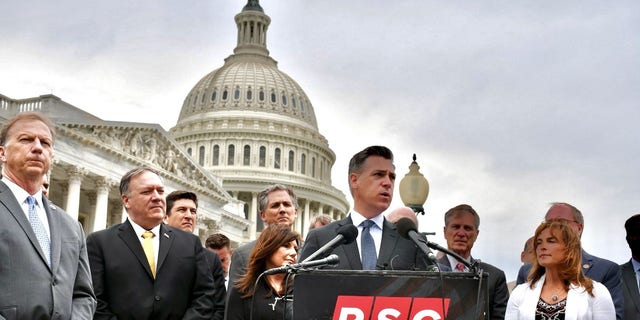 Rep. Jim Banks of Indiana, the chair of the Republican Study Committee, and other members of the conservative caucus, hold a news conference outside the U.S. Capitol, in April of 2021.

Additionally, paid parental leave, a capital gains tax increase and healthcare provisions are all gone in the new trimmed version of the bill. But the Republicans say there is still plenty to wreck the country in the legislation that could see a vote in the coming days. 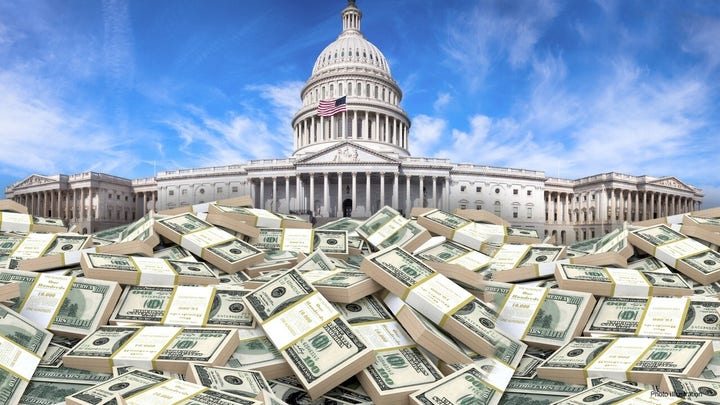 The memo claims the draft bill, known as the Build Back Better Act, will perpetuate the labor shortage by allowing welfare benefits without work requirements for able-bodied adults, will increase taxes and lower wages for working families. The White House has claimed that it will not raise taxes of any person making less than $400,000 a year.

“The bill’s trillions of dollars in tax hikes will be felt by those making under $400,000 per year, contrary to what the White House says,” Banks argues in the memo. “Individuals at all income levels will be affected.”

On the environment, the memo says the bill will punish red states for failing to adopt provisions in the Green New Deal, drive up utility bills with taxes on natural gas, and fund a $10 billion “environmental justice” program in college that Republicans call a “slush fund to indoctrinate college students and advance Green New Deal priorities.” It also highlights $5 billion for “environmental and climate justice block grants.”

On immigration, the memo notes that a mass amnesty program to give a pathway to citizenship for millions of illegal immigrants in still in the bill, as is a program to make illegal immigrants eligible for student aid and tax credits, while programs to recapture green cards from past years are also still present.

While Democrats are seeking to pass the bill via a combination of its slim House majority and the reconciliation process in the Senate, meaning no GOP votes are needed, the memo urges Republicans to be “loud” and “bold” in opposing the legislation.

“This isn’t legislating—it’s looting,” the memo says. “And working-class Americans are the ones they’re stealing from. As their defenders in Congress, we need to use the platform they’ve afforded to us to embarrass and shame them for what they’re doing to this country.”