For years, the mainstream media not only declared the discredited Christopher Steele dossier alleging an extensive conspiracy between Donald Trump and the Russians to fix the 2016 election to be partly “corroborated,” it even said it was “not disproven.”

“It’s not that you throw out an accusation and demand [someone] prove it wrong,” The Federalist’s senior writer Mollie Hemingway told Fox News Digital, “but you demand evidence when someone makes an accusation and that you apply skepticism whenever someone is making a politically advantageous accusation.”

The 35-page opposition research document – published in its raw form in 2017 by BuzzFeed News – contained explosive allegations of an “extensive conspiracy” between the Kremlin and the Trump campaign to win the 2016 election over Hillary Clinton, that the Russians could blackmail Trump with a tape of prostitutes urinating on him in a Moscow hotel, that Trump and the Kremlin had been in regular contact for nearly a decade, and that Trump aide Carter Page was an intermediary for former campaign manager Paul Manafort with the Russians, among other salacious charges.

Yet the standard for left-leaning media for years on the Russia-related material was it could hold up to scrutiny because it had not been specifically discredited, a logical fallacy known as an appeal to ignorance.

MSNBC, CNN, the New York Times and other outlets would note that items in the dossier were “unproven” but would enthusiastically tout that aspects of it were “corroborated.”

Subsequent investigations by Justice Department Inspector General Michael Horowitz and Special Counsel Robert Mueller failed to back any of the Steele dossier’s key claims and in some cases specifically discredited them. Horowitz noted the limited information that was corroborated by the FBI was generally “publicly available information.” The dossier was used by the FBI as part of its application for a secret warrant to surveil Page, and it was originally commissioned by a research firm hired by Hillary Clinton campaign lawyer Marc Elias. 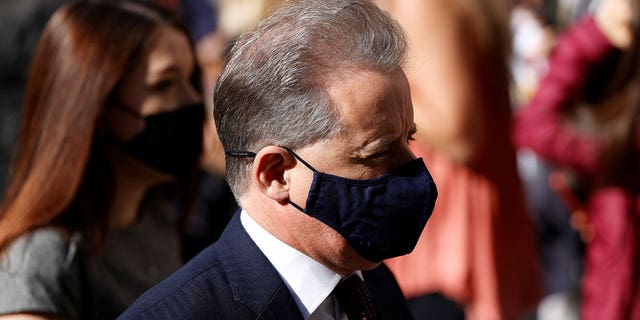 The embarrassment for the dossier and its proponents only grew last week after the John Durham probe’s indictment of Russian national Igor Danchenko – a Brookings Institution analyst and primary sub-source for Steele – for lying to the FBI about his interactions with his own so-called sources. The indictment said Danchenko lied about ever directly speaking with a key source identified in reports as Sergei Millian, former president of the Russian-American Chamber of Commerce.

According to the indictment, also among Steele’s sources was Democratic operative and Hillary Clinton ally Charles Dolan, who passed along a fabricated story that a Republican friend had told him about why people on the campaign wanted Manafort off the Trump team in August 2016.

“Talk about circular logic: The dossier was funded by the Clinton campaign and the Democratic National Committee — via research group Fusion GPS — yet here was a career Democrat feeding information to its primary collector,” the Washington Post’s Erik Wemple wrote.

Here are 10 times that the media cast veracity on the dossier by saying it had not been disproven.

In an appearance on MSNBC’s “The Rachel Maddow Show” on May 22, 2018, former Director of National Intelligence James Clapper recounted how he and then-FBI Director James Comey briefed then-President-elect Trump about the existence of the dossier in 2017, supposedly out of concern the Russians could use the material – fake or not – to compromise him.

“Jim [Comey] felt we should at least warn him about that. That was the whole point, not to ascribe veracity, confirm or deny or rebut any of what was in the dossier,” he said. “That said, some of it we did corroborate in the [Intelligence Community Assessment]. And of course, it appears that more of it has been corroborated with ensuing developments and what we`ve learned.”

“Is there anything in the dossier that has been disproven?” Maddow asked. 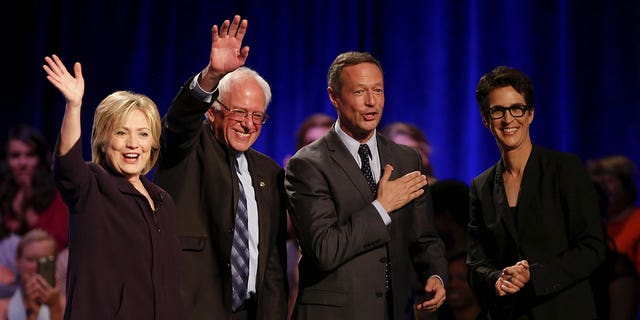 The Maddow show’s staff blog tweeted out the exchange.

Days later, on May 26, a CNN panel featuring national security analyst Steve Hall – who once worked with Clapper – delved into his remarks to Maddow.

“How would he know whether or not there are aspects of the dossier that have yet to be disproven?” anchor Ryan Nobles asked.

Hall repeated that it hadn’t been “disproven” and even added he had yet to see the “innocence.”

“I think your question is the appropriate one, which is has anything been soundly disproven about the Steele dossier?” Hall asked. “And I would agree with Jim Clapper. I haven’t seen anything. But perhaps even more importantly, where is the innocence on this? In other words, what is the story that Donald Trump and his team would actually like us to believe? How do you put this all together? Was it, as was just mentioned, it was all just, you know, the most innocent, it being a pay for play kind of thing? Or was it deeper, was it espionage and was it collusion? I’m still waiting for the innocent narrative to come out from the Trump team. I haven’t seen that yet either.”

“Because a lot of these facts have not been disproven, and even under the best case scenario, they still pose a problem,” Nobles said.

The standard of not “bogus” was enough for CNN’s Jim Sciutto when reporting on Trump’s criticism of the dossier on Dec. 26, 2017, that used the word.

“Both in general, and particular, based on our own reporting and word from numerous official sources, the dossier, in fact, is far from bogus, as the president claims,” Sciutto said. “In fact, U.S. investigators have corroborated portions of the dossier. Specifically, some of the meetings and conversations detailed in the dossier took place on the dates and in the places as described.”

In response to the same sentiment by Trump, MSNBC’s Chris Hayes also called the dossier “far from bogus” on his broadcast that same day.

In a special report broadcast on Dec. 29, 2017, Maddow solemnly narrated, “Some elements of the dossier have been verified. A number remain neither verified nor proven false, but none so far have been publicly disproven.”

To bolster her claim, she quoted Rep. Adam Schiff, D-Calif., the Intelligence Committee chairman and one of the most public faces of the Democratic Party’s fixation on Russia claims in the Trump era.

“When you look at just what has become public, some of the public information is very much In line with what is reported in that dossier,” he said in one of his countless MSNBC appearances.

CNN’s Anderson Cooper ripped into then-White House press secretary Sean Spicer during his May 30, 2017, broadcast of “AC 360,” after Spicer remarked the dossier that helped form the foundation of the sprawling Russia investigation was “largely discredited in the first place.”

Cooper played the clip and said Spicer’s claim was not accurate.

“He ignored the whole question about anonymous sources,” Cooper said. “Part of that effort that he was talking about centers on the dossier that Sean Spicer mentioned. And regardless of the sourcing, it’s not accurate to say that dossier has been discredited. We’re not reporting on the details of it because some of it has yet to be confirmed or disproven … To say however that it’s been completely discredited in part or in hole is simply not true. In fact, CNN reported in February, some parts of that dossier have been corroborated.”

MSNBC’s Chris Hayes specifically pointed to one of the more serious allegations in the Steele dossier during a Dec. 27, 2018, broadcast – that Trump’s former lawyer Michael Cohen traveled to the Czech Republic to discuss cash payments with Russians who hacked Hillary Clinton – and noted it hadn’t been “publicly proven or definitively disproven.”

“But obviously were it proven true it would pretty definitively establish extremely involved levels of collusion between Trump’s campaign and Russian saboteurs,” Hayes said. 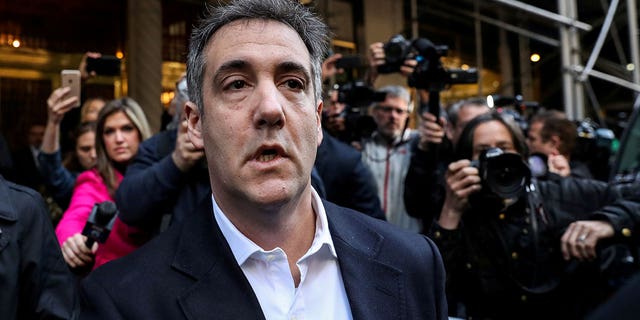 Hayes pointed to an anonymously sourced McClatchy report that a phone “traced to” Cohen sent signals that ricocheted off cell towers in Prague at the time of the meeting alleged in the Steele file.

But that claim was specifically “disproven” later on by federal officials. The Mueller investigation and Horowitz report both concluded that Cohen had not been to Prague.

Reacting to Trump referring to the dossier as “corrupt and fraudulent,” then-CNBC correspondent John Harwood declared on March 17, 2018, that while it was not corroborated, it also wasn’t disproven.

“First of all, there is no evidence that the dossier was fraudulent and corrupt,” he said. “It’s not been corroborated, but It hasn’t been disproven either.”

Rosenberg had appeared on the show to discuss a Lawfare blog post he wrote that claimed publicly available “materials buttress some of Steele’s reporting, both specifically and thematically.” He acknowledged, however, that “much of the reporting simply remains uncorroborated, at least by the yardstick we are using.”

“The dossier holds up well over time, and none of it, to our knowledge, has been disproven,” he wrote.

The examples are hardly confined to television. The New York Times referred to some dossier assertions that “remain neither proved nor disproved, notably its claim about Mr. Trump’s alleged dalliance with prostitutes,” in a 2019 report.

The logic also mirrored that of some of the key figures in pushing the collusion narrative, like Rep. Eric Swalwell, D-Calif. In a Fox News interview in 2019, while being pressed on the Steele dossier’s credibility issues, he asked, “Which part of it hasn’t been proven factual?”