The right-wing guerilla news organization has been swept up in a federal investigation surrounding the missing diary of President Biden’s daughter, Ashley Biden. O’Keefe’s home was swarmed by FBI agents Saturday morning just days after the homes of two other Project Veritas associates were also raided.

On Tuesday, Smith took to Twitter, writing “Don’t think journalists should be cheerleading this one.”

He added, “*Pending details which will matter a lot!”

Politico correspondent Ben Schreckinger, who earlier this year released his book “The Bidens” which included damning revelations about Hunter Biden and his shady business dealings, agreed with Smith.

“The raid threatens to have a chilling effect at a time when the president’s other child is under intense scrutiny that is, in part, related to the leaking of his computer files,” Schreckinger tweeted.

O’Keefe appeared on “Hannity” for his first interview since the FBI raids took place.

“I woke up to a pre-dawn raid,” O’Keefe told Fox News’ Sean Hannity on Monday. “Banging on my door, I went to my door to answer the door and there were ten FBI agents with a battering ram, white blinding lights, they turned me around, handcuffed me and threw me against the hallway. I was partially clothed in front of my neighbors. They confiscated my phone. They raided my apartment. On my phone were many of my reporters’ notes. A lot of my sources unrelated to this story and a lot of confidential donor information to our news organization.”

“I’ve heard ‘the process is the punishment.’ I didn’t really understand what that meant until this weekend. And Sean, I wouldn’t wish this on any journalist,” O’Keefe said.

O’Keefe said he was “in a state of shock” as FBI agents spent over two hours searching his apartment, telling Hannity they took two of his iPhones.

The FBI did not respond to Fox News’ request for comment. 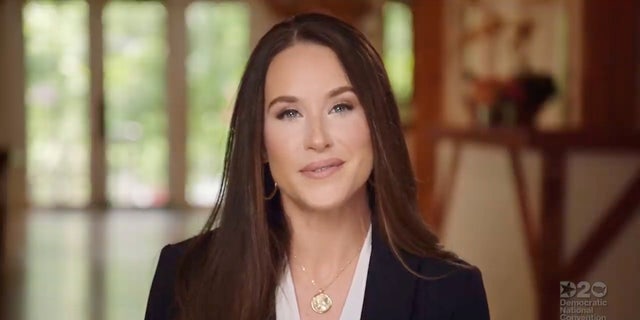 The investigation, which is also being conducted by the Southern District of New York, surrounds a “stolen” diary belonging to Ashley Biden that went missing just days before the 2020 presidential election.

O’Keefe alleged in a video statement released Friday that “within an hour” of the FBI’s raid of the home of a Project Veritas reporter, The New York Times contacted that reporter for comment.

“We do not know how the New York Times was aware of the execution of a search warrant at our reporter’s home or the subject matter of the search warrant as a grand jury investigation is secret,” O’Keefe said. “The FBI took materials of current, former Project Veritas journalists despite the fact that our legal team previously contacted the Department of Justice and voluntarily conveyed unassailable facts that demonstrate Project Veritas’ lack of involvement in criminal activity, and or criminal intent.”

“Our efforts were the stuff of responsible ethical journalism, and we are in no doubt that Project Veritas acted properly at each and every step,” O’Keefe asserted.

The Project Veritas founder then explained that “tipsters” approached his group late last year alleging to have Ashley Biden’s diary containing “explosive allegations” about her father, then the Democratic nominee, and that the diary was allegedly abandoned in a room that she had stayed at and that they stayed after.

The “tipsters,” who O’Keefe said he had never met prior, were apparently negotiating with media outlets to sell Biden’s diary and that ultimately, Project Veritas did not publish the book’s contents because his group was not able to independently verify its authenticity.

“Project Veritas gave the diary to law enforcement to ensure it could be returned to its rightful owner. We never published it,” O’Keefe said. “Now, Ms. Biden’s father’s Department of Justice, specifically the United States Attorney’s Office for the Southern District of New York, appears to be investigating the situation, claiming the diary was stolen. We don’t know if it was but it begs the question: In what world is the alleged theft of a diary investigated by the President’s FBI and his Department of Justice? A diary?”

O’Keefe went on to claim the investigation “smacks of politics” but that Project Veritas will “not back down.”