(CNN Business)A version of this article first appeared in the “Reliable Sources” newsletter. You can sign up for free right here.

MSNBC has a talent problem on its hands.

Brian Williams told network management on Tuesday that he is passing on their offer of a new contract. He is ending a 28-year relationship with NBC and becoming a free agent at the end of the year.

So MSNBC has a big opening at 11pm ET, but that’s not all. The channel also has a looming challenge at 9pm since Rachel Maddow is ending her daily show early next year and shifting into more of a weekly format. Other hosts have also exited in recent months: Kasie Hunt departed for CNN over the summer and Geoff Bennett, the White House correspondent who had been filling in at 2pm, signed off at the end of October. And “Joe Scarborough and Mika Brzezinski have also been holding conversations about what’s next for them,” Insider’s Claire Atkinson noted. TVNewser’s A.J. Katz summed it up simply: “MSNBC has a lot to deal with in 2022.” 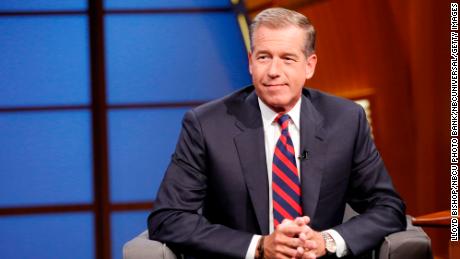 As for Williams, he simply didn’t want to keep doing what he’s been doing for the past five years, “The 11th Hour.” It was time for a change. According to a source, he has not held any formal discussions with future employers yet. In other words: There’s no imminent announcement about a new role at another media company. But he’s not retiring, either. “This is the end of a chapter and the beginning of another,” he said in a statement. “There are many things I want to do, and I’ll pop up again somewhere.”

The end of an NBC era

“After nearly 3 decades as an award-winning journalist and anchor at MSNBC and NBC News, Brian Williams has informed us he would like to take the coming months to spend time with his family. He will be signing off from The 11th Hour at the end of the year,” MSNBC president Rashida Jones said in a memo Tuesday night.
Jones replaced the channel’s longtime prez Phil Griffin last winter. Her boss Cesar Conde replaced Andy Lack last year. With Griffin and Lack gone, Williams lost two of his allies. So, when Williams said in his statement that “good friends were in great supply at NBC,” I couldn’t help but notice the past-tense reference.
Conde and Jones will “have to contend with filling two anchor chairs as cable news audiences continue to shrink in the post-Trump era,” the LAT’s Stephen Battaglio wrote Tuesday night. “Maddow is expected to leave her prime-time program — by far the most popular on the network — in the first half of 2022, although management is holding out hope she will stay longer as she has no apparent successor.”
As for Williams’ hour, my half-educated guess is that Ali Velshi will wind up in MSNBC’s 11pm time slot…

— Flashback: Back in August this newsletter broke the news that Williams’ contract was expiring and that he wanted to move off his late-night hour…
— On a possibly related note, “MSNBC raised eyebrows earlier this month when it did not use Williams as an anchor during its Election Night coverage,” Variety’s Brian Steinberg said…
— Williams “has not expressed much interest in returning to a traditional nightly evening newscast,” NYT’s Michael Grynbaum said, citing a “person familiar with his thinking…”
— NBC’s Garrett Haake called Williams “the model anchor” and said “we will miss him very, very much…”

What will Cesar Conde say?

Everyone at NBC News knows that the #1 priority is streaming. On Wednesday, Conde and “Nightly News” anchor Lester Holt will have a chat during the Paley International Council Summit, and the title of the session is “The Future of News is NOW,” a nod to the NBC News NOW streaming service. I wonder if they will say anything about Williams…
>> Also: On Tuesday, the network announced that Hallie Jackson will anchor a 5pm program on NOW on top of her 3pm program on MSNBC. On Wednesday she will be speaking along with NBC News prez Noah Oppenheim at the Ad Age Next: Streaming conference…
Source: Read Full Article