ANYONE remember the Renault Espace? I had one back in the day, loved it.

It was the essential tool for a large family but one thing let it down — it looked about as exciting as a vegan Christmas dinner. 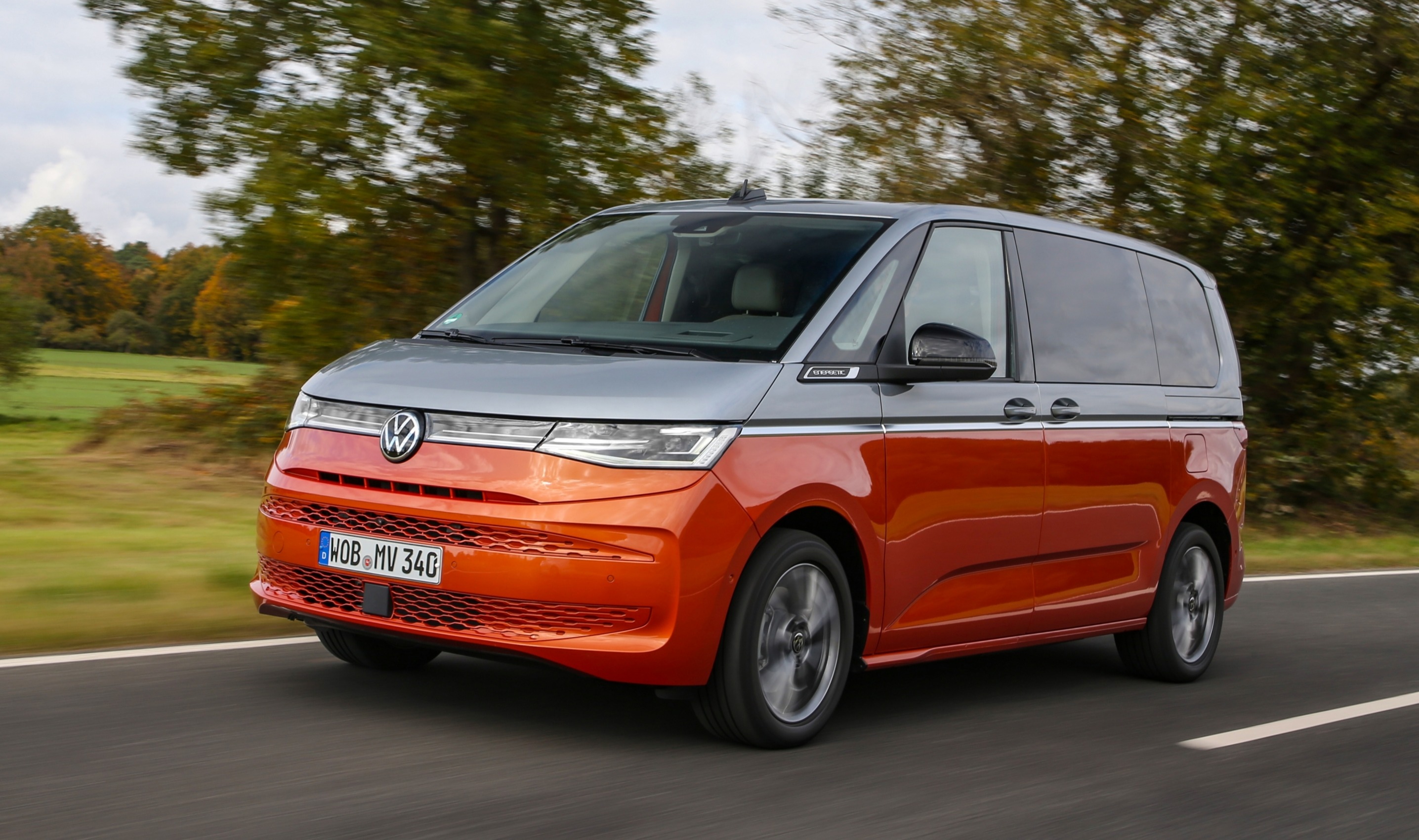 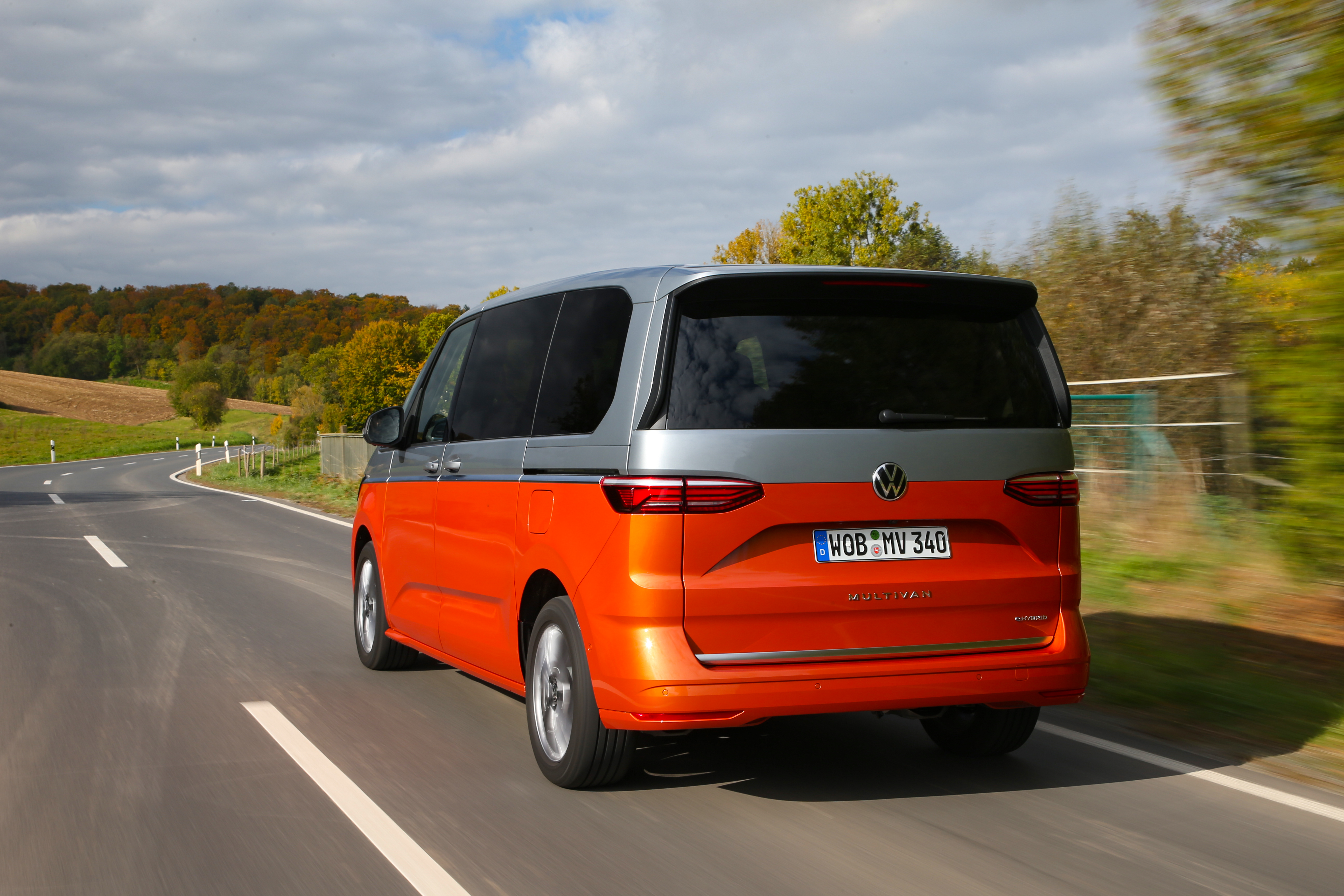 The lardy MPV carted my kids and their junk around comfortably, but no one has ever felt cool at the wheel of an Espace.

This is the new Volkswagen Multivan. It is to MPVs what Trinny and Susannah or Gok Wan are to dowdy mums with no dress sense. The MPV’s had a makeover.

The untrained eye would mistake it easily for the VW California, the ancestor of the original VW Camper. But it looks even cooler, thanks to the glitzy strip of LEDs at the front and some funky two-tone paint jobs. Inside, it’s not a camper at all. It’s the ultimate seven-seat family wagon. I say ultimate because no MPV is as versatile as the Multivan.

Using a modular seating system, the five seats in the back can move forward and backward along rails independently, and they can be spun 180 degrees or removed entirely in seconds.

Despite being able to pop out and move around, they’re all heated, drawing power from the metal rails and removing the need for wires. Along a middle rail floats a slim console that can move all the way to the front to act as extra storage for the people in the front, or slide to the back seats and pop out into a table.

In the right configuration, four passengers can sit around the same desk and eat dinner or play a game of poker. Each row of seats gets two USB sockets too, so no one’s iPad will run out of juice.

The Multivan has taken over from the Caravelle, a solid MPV but one which was basically a tarted-up Transporter van. The Multivan shares a platform with cars such as the VW Tiguan, which means it drives more like an SUV than a utility vehicle.

You can even get a PHEV model, good for a claimed 31 miles of electric range.

Given that most MPVs spend their lives doing short-range kid-related gigs, like school drop-offs and football match scoop-ups, it could save some serious money in running costs.

No car is perfect, though. While the front of the cabin looks sleek and car-like, with ambient lighting and a minimalist dash, it’s been stuffed with VW’s frustrating infotainment system. It’s confusing, sometimes slow to respond, and has those stupid slider touch buttons for the volume and climate. By the way, they don’t illuminate, so good luck turning the heating up after the sun goes down.

No prices are confirmed but expect it to start around £45k. The eHybrid will start with a five.

That’s lumpy, but when you consider the L2 longer version of the Multivan goes from a seven-seat car to a van capable of swallowing 4,053 litres once the seats are removed, plus has a two-ton towing capacity, it’s got you covered for work as well as family time. 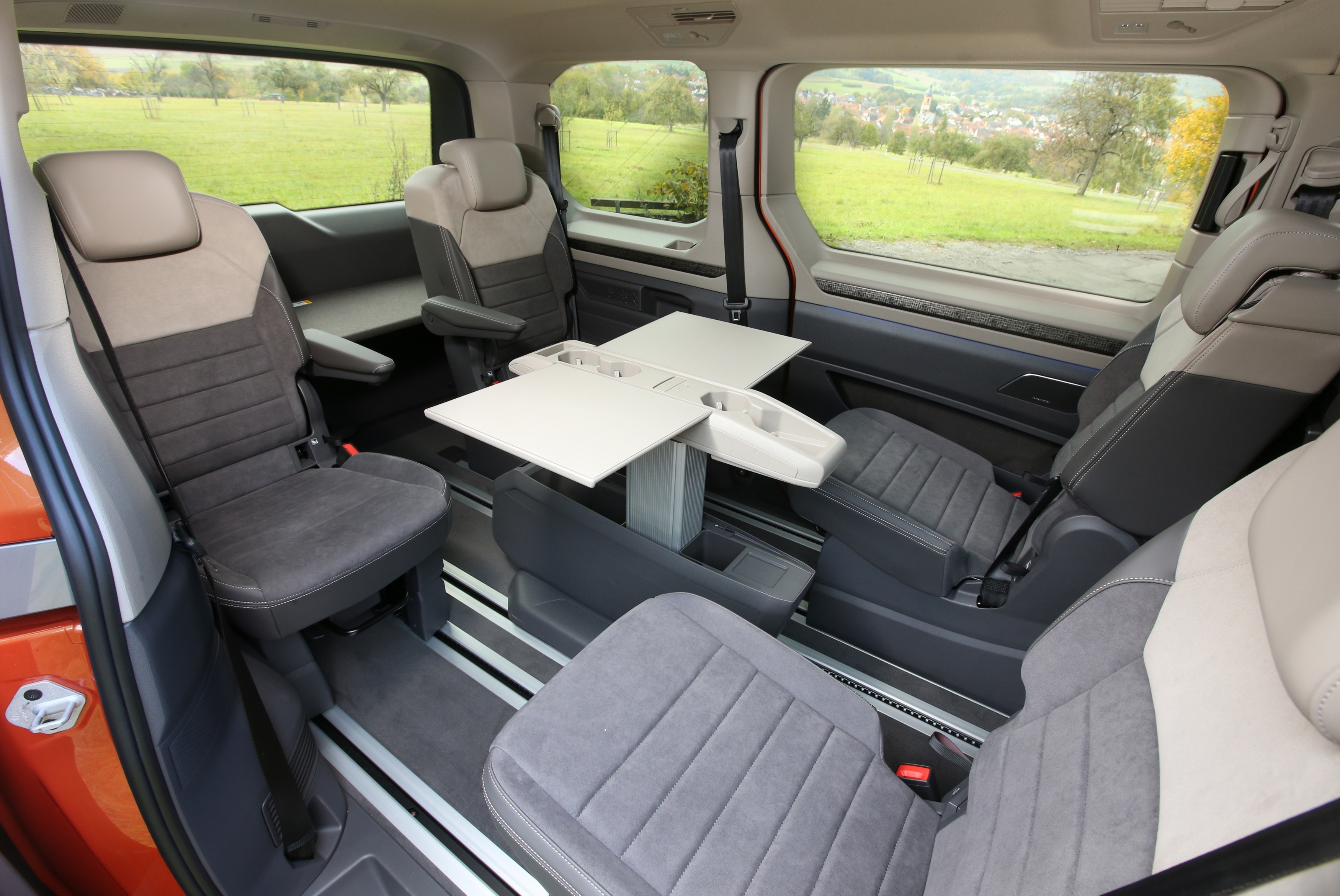 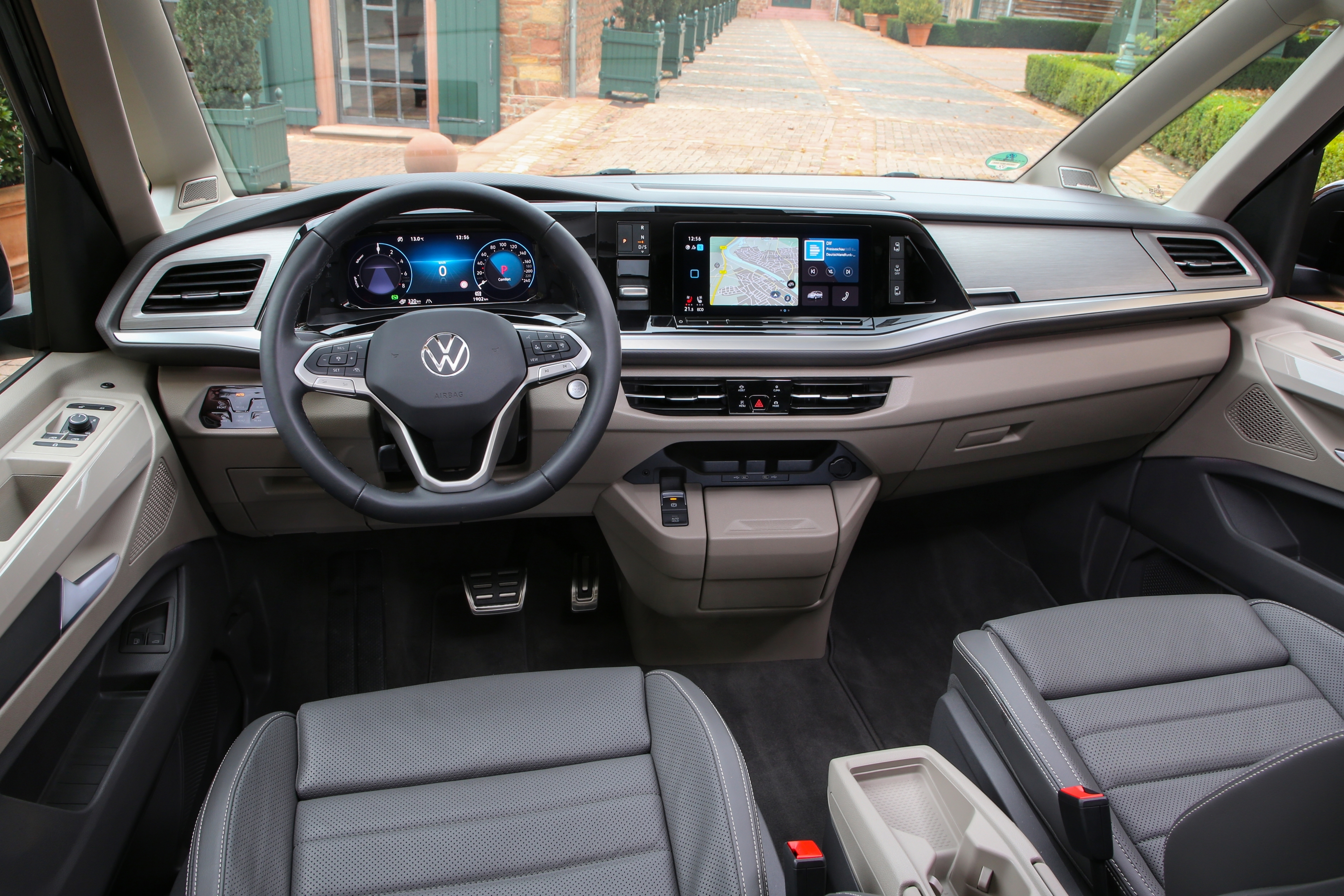 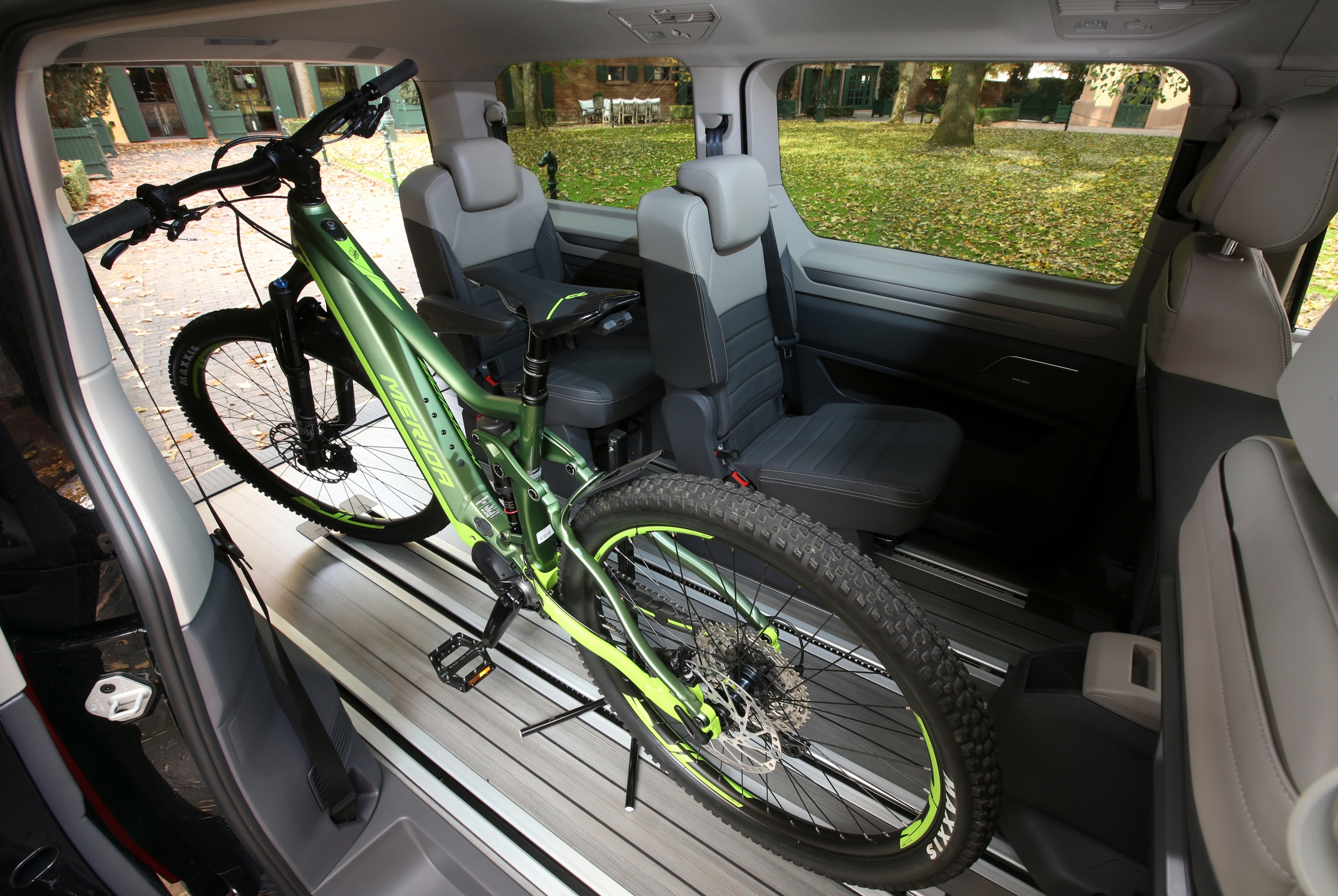 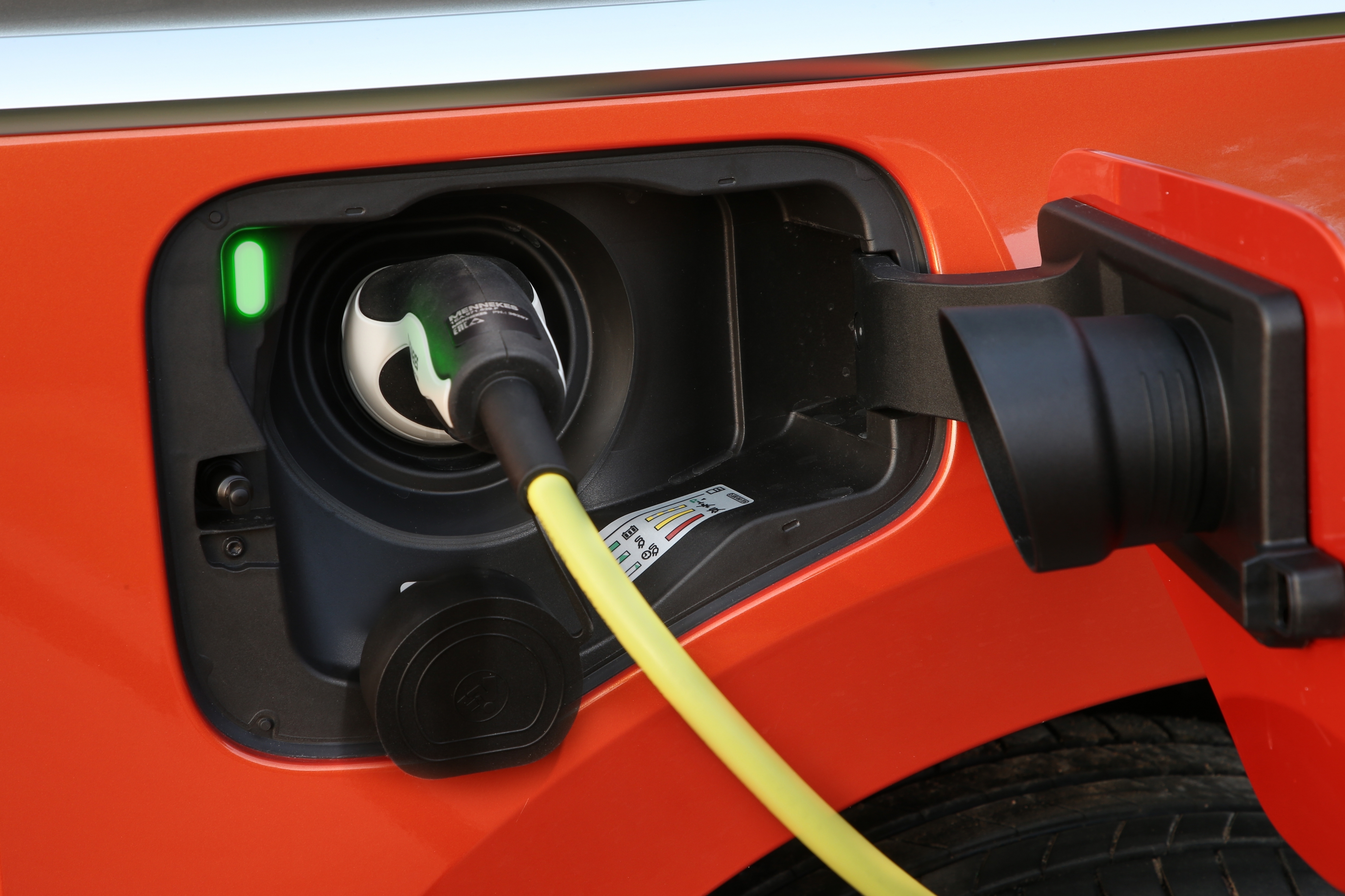