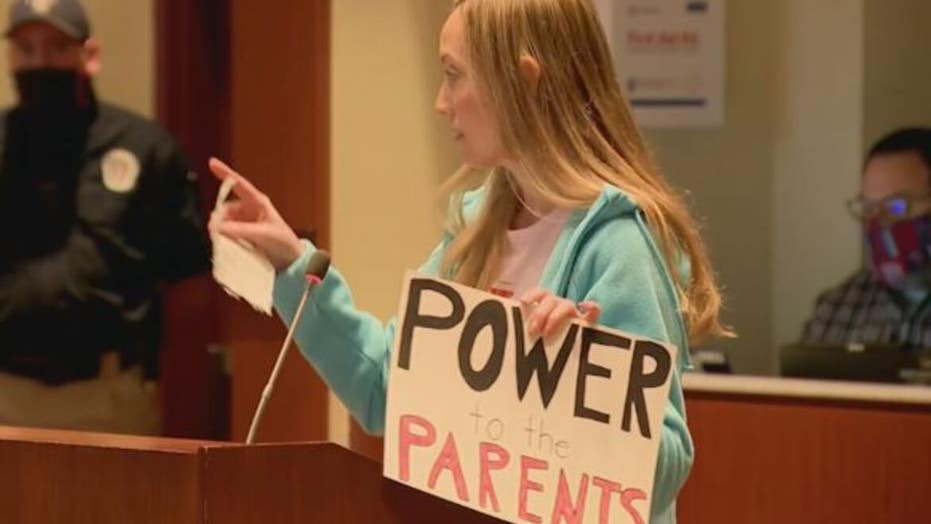 Parents celebrate the petitions to remove members of the Loudoun County School Board and the meeting erupts into shouting.

Fort Worth parents told Fox News that they felt threatened when a parent who defended critical race theory turned to the crowd during a school board meeting and said, “I got over a thousand soldiers ready to go,” before adding, “locked and loaded,” as officers escorted him out of the room.

“Absolutely, it made me feel threatened,” Hollie Plemmons, a stay-at-home mother of three, told Fox News on Sunday. “I’m scared and I’m afraid he’s going to do something.”

In the Fort Worth Independent School District board meeting on November 9, Malikk Austin turned to address the parents who had spoken up about critical race theory.

“For those who got an issue with this critical race theory equity, this is something I fight for, for my children,” Austin, who is African-American, began. “How dare you come out here and talk about the things that my daddy and my grandparents went through, the lynching, the oppression, Jim Crow, and my kids are still being afflicted by this.”

“We are not our ancestors,” Austin added. “I got over a thousand soldiers ready to go.” 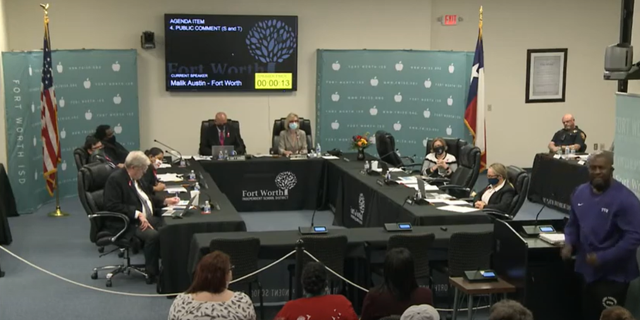 Screenshot of Malikk Austin at a Forth Worth school board meeting

As people in the crowd shouted that Austin should address the school board, not the audience, he responded by referencing, “My First Amendment rights!”

When Plemmons repeatedly spoke up and offered to speak with Austin, he shot back, “But you’re not intelligent, you are not intelligent.” (His remarks in the video begin around the 34:30 mark.)

After Austin’s one minute to speak had run out, officers came and escorted him out of the room. During this time, he shouted, “I’ll bring my soldiers with me next time… locked and loaded.”

Plemmons responded, asking, “Did you just threaten me?”

He repeated, “Locked and loaded.”

Plemmons told Fox News that she thought Austin’s remarks were “directed right at the three of us,” since she had already spoken that evening and mentioned critical race theory (CRT) — a framework that involves deconstructing aspects of society to discover systemic racism beneath the surface.

“I felt it was completely inappropriate that the board did not stop that,” she said. She noted that whenever someone in the crowd shouts, the board president will usually silence the audience. She claimed that the board’s decision to allow Austin to keep speaking was a “double standard” because the board supports CRT. Rather than silencing Austin during his remarks, the board allowed him to finish his one-minute speech before nodding to officers to escort him out.

“Everyone there felt threatened,” Carol Guarneri, a grandmother of four in the Fort Worth ISD, told Fox News. She claimed that Austin had attended an August school board meeting in “tactical gear” (he appears at around the 39-minute mark in this video). 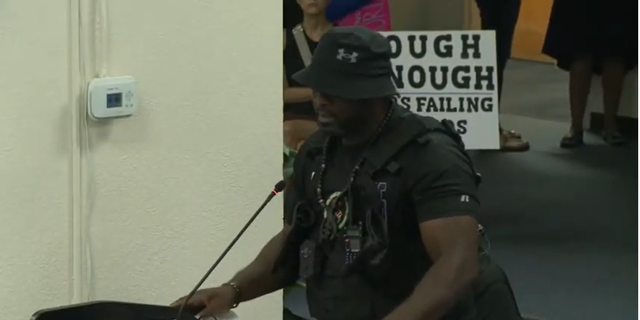 YouTube screenshot of Malikk Austin at a Fort Worth school board meeting.

“This gentleman was profoundly angry, he was not putting on a performance,” Guarneri said. “When he made the statement that he had his thousand soldiers and they’d be back locked and loaded, it was very frightening to me.”

“I was thinking about calling my husband and having him come to the parking lot because I was afraid to come to my car,” she added.

Austin told Fox News that he was not threatening anyone.

“First Amendment rights, freedom of speech, need to be implemented,” Austin said. When it comes to “locked and loaded,” he said, “That’s a term I used when I coached football. It means, ‘Prepare and get ready.’”

Austin compared opposition to critical race theory to racist Jim Crow policies of the past. He also claimed that CRT opponents in school board meetings said “things that are inflammatory and inhumane to us of African-American descent.”

Plemmons was not sold that the remarks were not a threat.

“So I don’t need to be worried about him coming to my home and shooting me up?” she asked, wryly. “‘Locked’ means when you are putting your cartridge or your clip in and ‘loaded’ means you have a bullet in the chamber.”

Plemmons argued that her fears are rational. When she sued the school over a mask mandate in August, people visited her home to protest.

Missie Carra, a parent and Texas director of Parents’ Rights in Education, said she felt threatened when watching the video, even though she was not in person at the November 9 meeting.

“I did feel threatened when watching the 11/9/21 video,” she told Fox News. “Let’s be honest, in my opinion, when anyone turns toward an audience of mothers and yells ‘I have 1,000 people’ & ‘we’re locked and loaded’ it is difficult to misconstrue the intent of those words as anything else but a threat.” 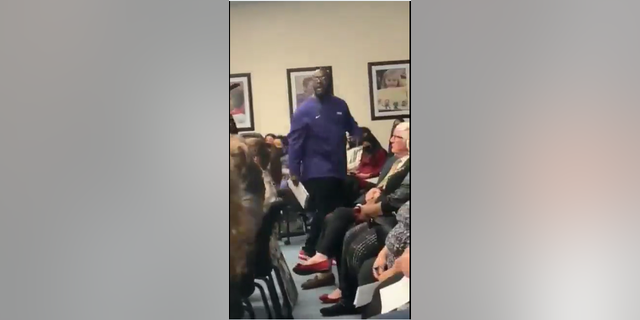 Carra noted that she attended the August meeting and she said Austin was wearing “tactical gear” and had two other “revolutionaries” with him.

Carlos Turcios, a young activist with the local Republican Party who organized the parent protest at the school board meeting, described Austin as a “leftwing militia activist,” and claimed that he “threatened all of us since we were criticizing the practice of CRT.”

A spokesman for the Fort Worth Police Department told Fox News, “To the best of my knowledge, our office wasn’t made aware of any reports being made” regarding any threats from Austin.

The members of the school board did not respond to Fox News’ request for comment.