Staff shortages at some of Australia’s largest retailers could threaten trade over the festive season as a dearth of travellers and international students puts pressure on Australia’s labour market.

Major businesses including Kmart, Officeworks, Kathmandu and Adairs have all admitted they are stretching to fill positions both in-store and in warehouses, with thousands of positions still unfilled just weeks away from the all-important Christmas period. 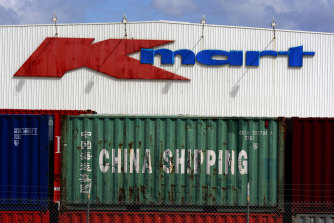 Kmart is one of the retailers who has said it is struggling to find enough staff to work over Christmas.Credit:James Davies

A spokesperson for Kmart confirmed to The Age and The Sydney Morning Herald the chain was, for the first time, short on staff coming into Christmas. The business has opened 73 new sites in the country since last year and is seeking more than 5000 casual staff to run them.

“This year we have had challenges filling casual Christmas roles in our stores. We still have over 2500 positions in 179 of our stores that we are looking to fill in the next three weeks,” the spokesperson said.

Similarly, Alex Staley, Officeworks’ general manager of people, said the hiring market was currently challenging, and while the office supplies seller wasn’t dramatically short on staff, it was feeling the pressure.

“We believe there are several factors at play. Due to travel restrictions, there’s a shortage of international students and travellers available for casual roles, especially in regional areas,” she said.

“In Sydney and Melbourne, specifically, many people have experienced extended lockdowns and are looking for changes in both locations and jobs. We may see increased job movement in the retail sector in the new year after people have taken a break.”

Another national retailer, which did not want to be named publicly, said the company had only just managed to lock in the couple of thousand Christmas staff needed and had been forced to move quickly amid fierce competition from other major merchants.

The staff shortage has come at a time when the retail sector is already wrestling with COVID-induced logistics pressures and record levels of consumer demand which have put pressure on global supply chains, leading to stock outages across the sector.

Paul Zahra, the former head of David Jones and the current chief of the Australian Retailers Association, said the labour market was the worst he had seen in more than 40 years in the space.

‘Is it crisis stage? No, it’s not, but it is certainly a significant hurdle that retailers have to overcome.’

“It’s a perfect storm with international borders being down, COVID-related issues, and having a buoyant trading period, alongside low unemployment rates, which means you’ve got nowhere to go,” he said.

The ARA is forecasting a buoyant Christmas spend of nearly $60 billion, though Mr Zahra warned this could be threatened by the current shortages. “It will impact service levels, and it may impact trading performance at the local level. Is it crisis stage? No, it’s not, but it is certainly a significant hurdle that retailers have to overcome,” he said.

Some major retailers, including supermarket giants Coles and Woolworths and department stores Myer and David Jones, said they have had no issues getting in Christmas casuals, having kicked off their hiring sprees as early as August.