BATTLEFIELD 2042 has its fair share of problems, but at the moment, players are up in arms over light-hearted seasonal content.

The holiday-themed cosmetics leaked ahead of Christmas and after intense backlash, one of the official Battlefield Twitter accounts immediately walked it back. 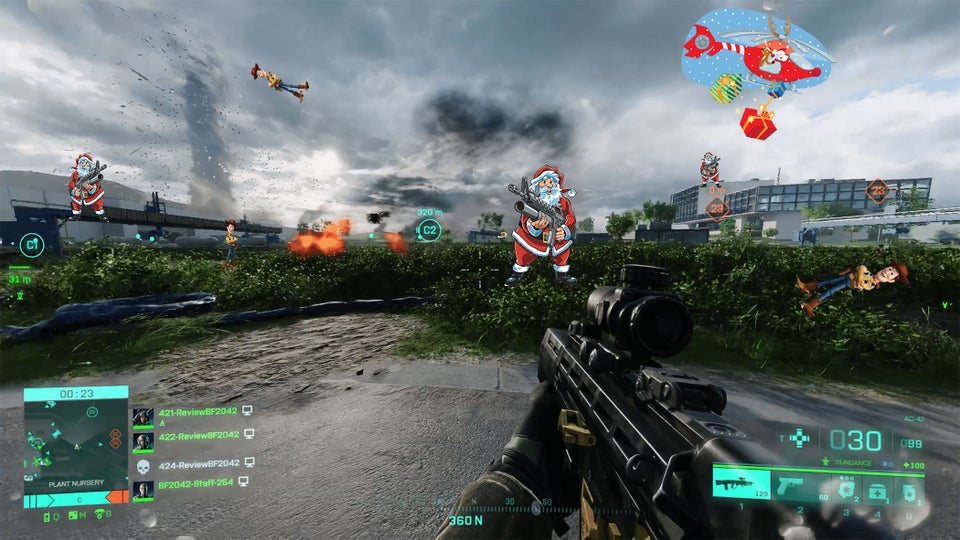 "Today some of you accidentally got a glimpse of some Holiday themed cosmetics and we wanted to help clarify their intended usage" reads the Twitter thread.

It goes on to explain that assets are worked on months in advance so devs have "options" when "key moments" roll around.

"Today, we have other priorities, and so whilst we have the skins, we presently have no plans to utilize all of them this Holiday," is continues.

YouTuber SwanyPlaysGames was particularly irked, showing off the weapon and vehicle skins, before revealing a Santa outfit.

The Father Winter skin for one of the game's operators is basically a Santa suit.

He goes on to say that Battlefield players want immersion and realism from the series, and a Santa skin isn't it.

One post shows a screenshot of Fortnite crossover skins including Naruto, Rick and Morty, Master Chief, and Thanos, titled "Battlefield 2042 in 6 months."

"DICE what are you doing with the game?" asked another exasperated Redditor posting a picture of the Father Winter skin.

Battlefield and Call of Duty tipster Tom Henderson shared that the skins had actually been included in a QA feedback session back in March and had been downvoted by everyone.

"Good to know that those sessions were pointless," he added.

DICE doesn't specify which holiday skins will be making the cut, but if the fan backlash is anything to go by, let's hope it's not Santa.

Fortnite Chapter 3 trailer leak confirms all of the rumours we’ve heard so far.

Fortnite Item Shop: Yule Trooper is back as for the festive season.

What time is the Call of Duty Warzone Pacific map out?