On a sunny afternoon in L.A., Bryn Mooser, CEO of XTR, folds his long frame into a patio chair perched above the headquarters of his growing documentary company. His green eyes scan the hilly enclaves of Silver Lake and Los Feliz, spotting landmarks: the Griffith Observatory in the distance, Hyperion Avenue below.

He points down the slope. “This is the Gelson’s right there, where Walt Disney bought that piece of land and built the first Disney studio. Mickey Mouse and Snow White were created in–what’s now a parking lot.”

His index finger inches west along the horizon, indicating bungalows with pitched roofs. “You can see the top of that house right there. It’s called the Snow White Cottages,” he says. “Snow White was based on those cottages. Anyway, I love early Disney stuff.” 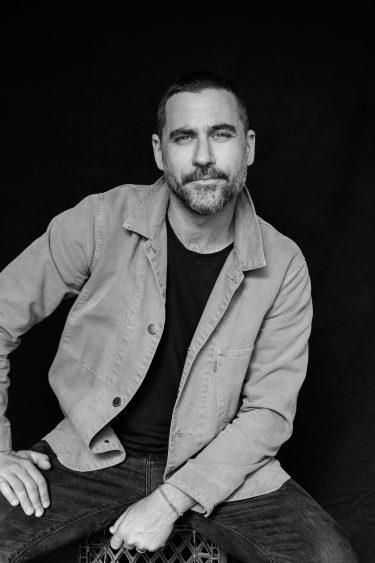 Nearly a century after Disney laid the groundwork for his entertainment kingdom in the same vicinity, Mooser has embarked on a major undertaking of his own. Not in animation, but documentary.

“What we’re trying to build here is pretty simple,” he tells Deadline. “We want to build the best nonfiction entertainment studio in the world.”

“It’s a revolutionary moment,” he says.

What has fundamentally altered the landscape for documentary is burgeoning demand, triggered by the emergence of streaming platforms with an “insatiable appetite,” as Mooser puts it, for original content. Increasingly, that means nonfiction films and series.

Enter XTR. The company’s expanding slate includes half a dozen documentaries heading to Sundance next month. And it’s got multiple Oscar contenders this year with, among others, Ascension, Faya Dayi, Homeroom, Bring Your Own Brigade, Rebel Hearts, Try Harder, and Ailey.

“We’ve been around for two and a half years, invested over $40 million in documentaries since then,” says Mooser, himself a two-time Oscar nominated producer (Lifeboat, Body Team 12). “So far, 80 projects.”

Other documentary-driven outfits are ramping up production too. What makes XTR different is independent access to capital—no need to wait for a streamer to buy a project. 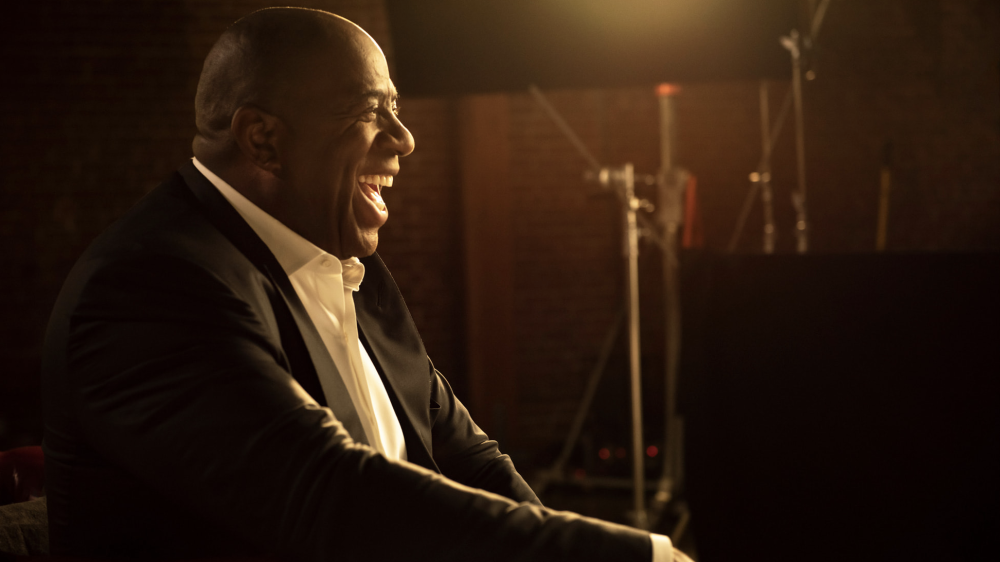 “When we’re taking a project from the ground up, we’re investing ourselves or we find a partner to invest through us,” Mooser notes, citing as an example its upcoming docuseries on Magic Johnson, which Apple TV+ has acquired. “We went to our friends at New Slate Ventures who are investors, and they invested… That model, I think, is very exciting because it means that you’re able to move quickly, tell stories fast and not the traditional [route], going out to the platforms, pitching, waiting to hear back.”

He adds, “Frankly, we can have more leverage with the streaming platforms because we can come to them with a final product that is great. And it’s done and we’re not coming to them with just an idea.”

What also separates XTR from other nonfiction production entities is a degree of vertical integration unique in the doc space. XTR sells content to streamers and cable channels, but also boasts its own streaming platform, Documentary+, “Home to the world’s best documentaries — from Academy Award winning classics and box office hits to festival darlings and cult favorites.” 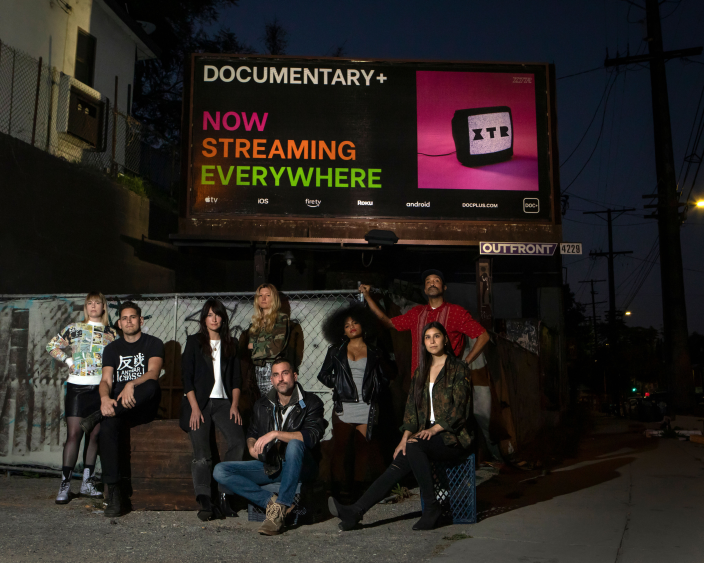 “What we’re trying to build is a real studio,” Mooser explains, “and the difference between a production company and a studio is financing, for the most part. And in our case we match that with our distribution of Documentary+, which sometimes we use and sometimes we don’t, depending on the film. But that is in 78 million American homes… It’s also a fast channel–free ad supported television on smart TVs. There’s 250,000 people a month who are watching Documentary+ on Samsung televisions across the country.”

The company’s name comes from a vintage 16mm film camera, the Aaton XTR, that revolutionized documentary production decades ago. XTR’s identity centers on content for the “premium nonfiction” space, made by an array of top-level filmmakers, both seasoned and emerging.

“What we’re trying to do differently from the beginning is build a brand,” he states. As regards the potential to branch into scripted fare, he vows, “We will never do that. Never, never.”

That pledge notwithstanding, Mooser looks beyond the doc sphere for a model of what he’s trying to accomplish.

“How would you describe the brand of A24?” he ponders. “I know that the film is going to be cool and it’s going to be great if it has the A24 brand… We’re betting on filmmakers and we’re trying to support films that push the genre, whether it’s Bloody Nose, Empty Pockets a few years ago at Sundance, or Faya Dayi, or Ascension. We have a film coming up at Sundance called We Met in Virtual Reality by this guy, Joe Hunting. It’s his first feature film… It’s like nothing you’ve ever seen before.” 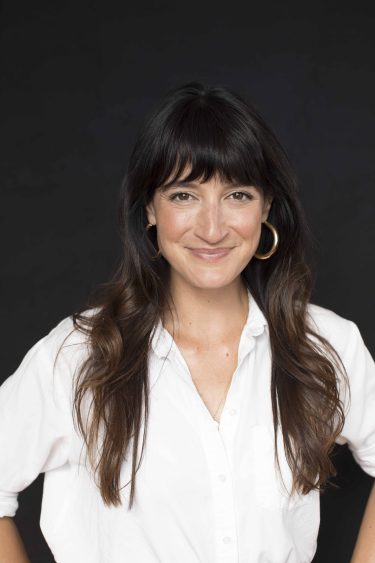 XTR’s offices don’t look like an office—they do business from a converted Spanish Mission-style home in the hills, with hardwood floors and arched passages between spacious rooms. The team of creatives features head of film Kathryn Everett, whom Mooser credits for the company’s dynamic slate. Decisions on which projects to back are not based on gut alone.

“We are very data driven, including looking at what films are starting to make the most noise within the foundation [i.e. grant] space. We built an algorithm that we call Rachel, from Blade Runner, and Rachel basically combs through social media conversations–you can think of it like a zeitgeist machine,” Mooser explains. “We import real time data of what the platforms are buying… [Rachel gives] our team little tips of things to look out for, seeing trends of the streaming platforms. [For instance], are they looking for more sports than true crime right now? Or they might be interested in content that might be more appealing to the rest of the country, not just coastal content.”

XTR is off to a robust start, Mooser says.

“This year we are on track to do over 70 million dollars in revenue,” he notes. “We’re really proud of that. And that’s year two. We’re profitable and growing… We see in the next couple of years just big growth that is so fun for us to think about and plan for because it means that we can continue to support great films and scale that out and work with more filmmakers and tell bigger stories.”

“I hope that if you talk to any [nonfiction] filmmaker they would all tell you the same thing,” he tells Deadline, “which was working with XTR was awesome. ‘Not only do they help put the right money in at the right time, but they helped us find a buyer for [our film]. They threw the best party at Sundance.’ If you ask anybody in my team, the number one mission of this company is to build a great reputation.”

There’s good reason for that, he says. 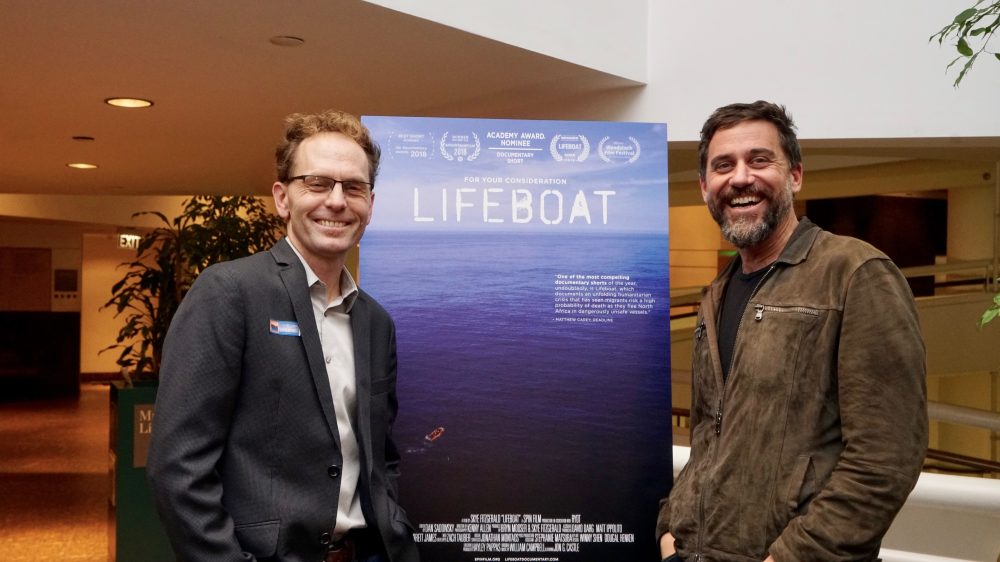 “First of all, we’re a small community, but I really believe that there is a long game and we’re in very much an abundance mindset here and very collaborative. I think it’s important that the filmmakers know that we’re great to work with and that we’ll support their vision and can put the right money in at terms that are good for them. And then the industry who’s buying, the streamers know that we’re a great partner and we can deliver great films that make people think, that people want to talk about, share, that are entertaining.”

As the sun slides closer to the crest of the hills around Los Feliz and Silver Lake, the temperature outside cools. It’s time for Mooser to get back inside, making deals.

“The opportunity in the industry is growing… a true moment of real possibility,” he says. “We’re just excited about where this is going.”