Senate Minority Whip John Thune, R-S.D., is reportedly considering not seeking another term in Congress, despite being the second-highest ranking member in the Senate GOP.

Thune, who ranks just below Senate Minority Leader Mitch McConnell, R-Ky., is telling people in his home state that 2022 might be his final year in Congress, according to The New York Times.

Thune’s decision looms as he weighs familial issues while facing the enduring influence of former President Donald Trump in the Republican Party. 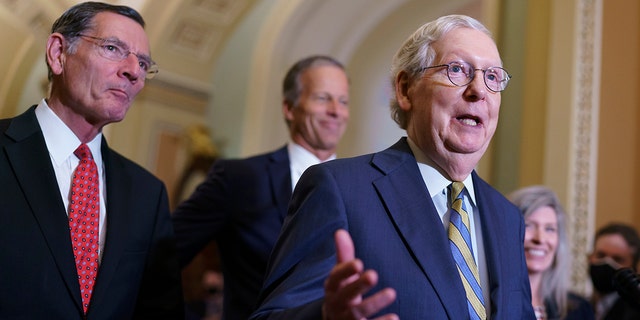 The Cook Political Report rates Thune’s seat as “solid Republican,” but political newcomer Mark Mowry announced in May that he was launching a primary challenge against Thune and running on an “America First” platform. The primary in South Dakota is slated for June 2022. 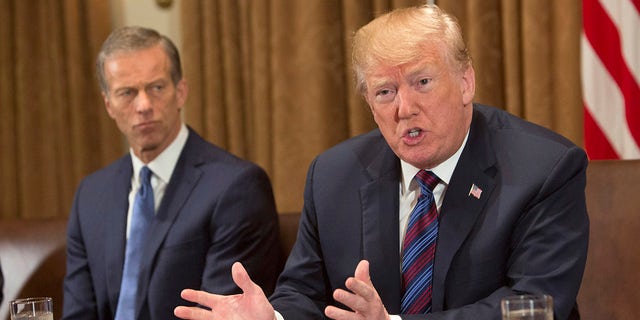 Former President Donald Trump participates in a meeting on trade with governors and members of Congress at the White House on April 12, 2018, in Washington, D.C. Seated left is Sen. John Thune, R-S.D. (Chris Kleponis/Pool/Getty Images)

Thune has repeatedly faced the ire of Trump, who labeled him a “weak and ineffective RINO.” Trump has also referred to Thune as “Mitch’s boy,” in reference to McConnell, and warned that Thune would be “primaried in 2022, political career over.” Trump called on Gov. Kristi Noem, R-S.D., to challenge Thune.

Thune faced backlash from Trump supporters when he voted to certify the 2020 presidential election results.

A source familiar with Thune told Fox News that he intends to make an announcement about his plans before the end of the year.