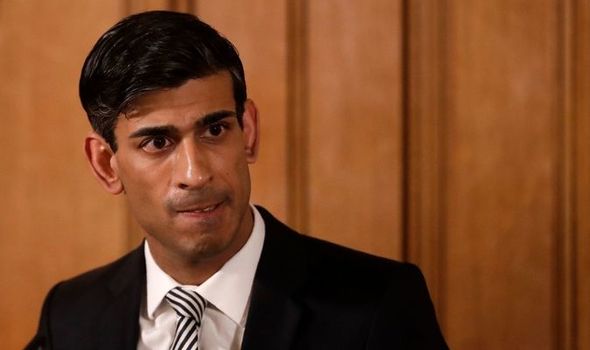 The Office for National Statistics said £17.4billion was borrowed compared to the £16billion economists had forecast. It pushed the UK debt up to £2.32trillion, which equates to 96.1 per cent of the country’s gross domestic product – its highest peak since 1963.

Some of the repayments on the debt are linked to inflation and covering the cost of the vaccine booster rollout and test and trace.

As a result, debt interest costs soared by £400million to £4.5billion, an increase of just under 10 per cent

Chancellor Rishi Sunak was boosted by the £17.4billion figure for November showing a £4.9billion drop in borrowing from October.

The end of the furlough scheme helped to cut public spending despite rising costs from the mass jab programme.

But economists believe the rapidly spreading Omicron variant threatens to throw reducing the debt off course.

They expect restrictions to be reintroduced and more economic support given to sectors including hospitality and leisure. Samuel Tombs, chief UK economist at Pantheon Macroeconomics, predicted that the previously improving trend in official borrowing would “deteriorate markedly”.

He believes it could come in at up to £192billion for the current year.

Mr Tombs added: “Public borrowing was broadly on course to meet the OBR’s forecast, but high inflation and Omicron will push it off track.”

Capital Economics UK’s Bethany Beckett said: “Although the economy has got better at coping with restrictions with each new wave, we suspect [Omicron] would prompt a deterioration in the public finances via lower tax revenues and potential reintroduction of Government support schemes.”

The Treasury borrowed £136billion this financial year, £115.8billion less than the same point 12 months ago.The Office for Budget Responsibility expects UK borrowing for the 12 months to March 2022 to come in at £183billion, versus £321.9billion for last year.