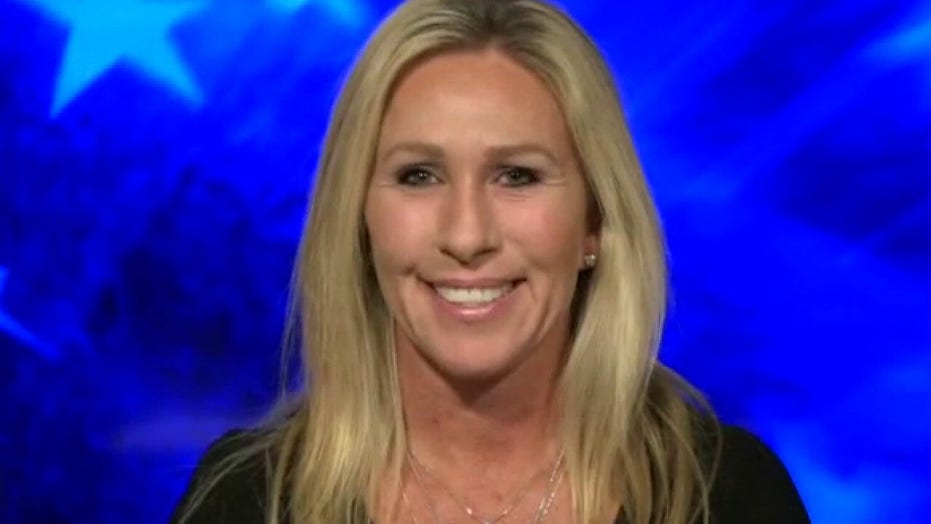 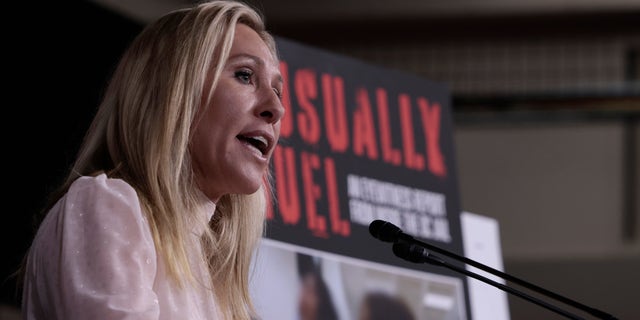 The congresswoman responded to the decision on GETTR, a conservative social media platform founded by Jason Miller, a former aide and spokesman of former President Donald Trump.

“When Maxine Waters can go to the streets and threaten violence on Twitter, Kamala and Ilhan can bail out rioters on Twitter, and Chief spokesman for terrorist IRGC can tweet mourning Soleimani but I get suspended for tweeting VAERS statistics, Twitter is an enemy to America and can’t handle the truth,” Greene wrote. “That’s fine, I’ll show America we don’t need them and it’s time to defeat our enemies.”

On Saturday, Greene had tweeted about an “extremely high amount of covid vaccine deaths” that she said are “ignored,” Rolling Stone reported. 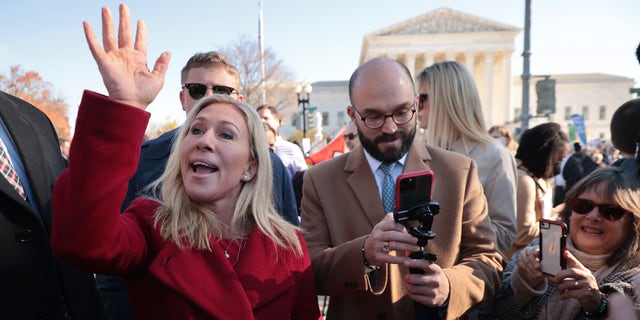 Rep. Marjorie Taylor Greene (R-GA) joins fellow anti-abortion activists in front of the U.S. Supreme Court as the justices hear hear arguments in Dobbs v. Jackson Women’s Health, a case about a Mississippi law that bans most abortions after 15 weeks, on December 01, 2021 in Washington, DC.
(Photo by Chip Somodevilla/Getty Images)

Most recently, in August, she was suspended for one week and threatened with a permanent ban after she said COVID-19 vaccines were “failing.”