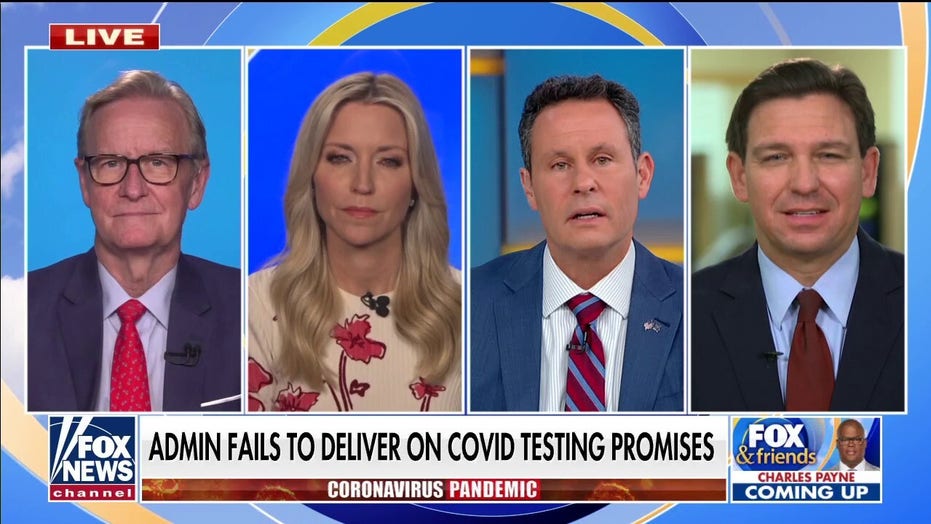 Florida Governor Ron DeSantis joined ‘Fox & Friends’ to discuss the state’s efforts to combat the pandemic, announcing the move which will distribute the tests to nursing homes and senior communities.

Florida Gov. Ron DeSantis announced Thursday on “Fox & Friends” his plan to distribute one million at-home COVID-19 tests to seniors in the state, knocking the White House for dragging its feet on the issue despite the spike in demand over a surge in omicron cases.

Gov. DeSantis told Steve Doocy, Ainsley Earhardt, and Brian Kilmeade the news, while knocking President Biden’s lack of urgency in securing the tests for Americans across the nation.

“The Biden administration promised they were going to send all these at-home tests,” DeSantis said. “They said all you had to do is go online and get it, and nothing has happened in a month and a half with doing that.”

“We’ve secured a million at-home tests,” he continued. “We’re going to be distributing them to nursing homes and long-term care facilities throughout the state of Florida and then to the broader senior communities throughout our population because we view testing as something that should lead to then a clinical result.”

The Biden administration announced they would distribute 500 million at-home COVID-19 tests for free, although this move is still likely days and potentially weeks away from coming into fruition.

Some experts are also concerned 500 million tests would still not be enough amid the surge in cases.

“His promise was he would shut down the virus, and he’d demagogue Donald Trump every day,” DeSantis said. “He blamed Trump for COVID cases and deaths. He didn’t blame China, which is really where the blame belongs.” 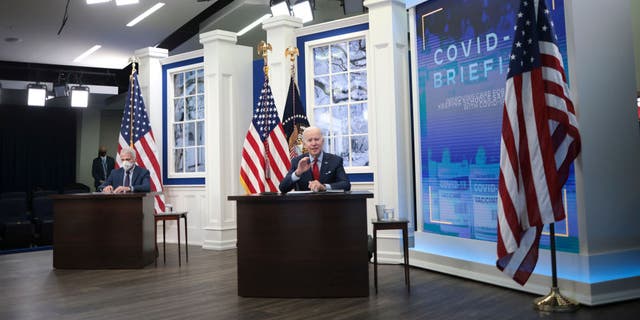 “But he said it was all Trump’s fault, and then he would shut it down, and not only has he not shut it down, you have cases and hospitalizations in parts of the country like we’ve never seen before, so that fundamental promise he made to the American people, he has absolutely failed,” he continued.

Earlier this week, Jen Psaki denied claims the Biden administration has “lost control” of the pandemic, despite a spike in cases, mass school closures, and a fairly widespread testing shortage. Biden faced criticism this week for telling Americans to Google for the nearest locations to get tested.