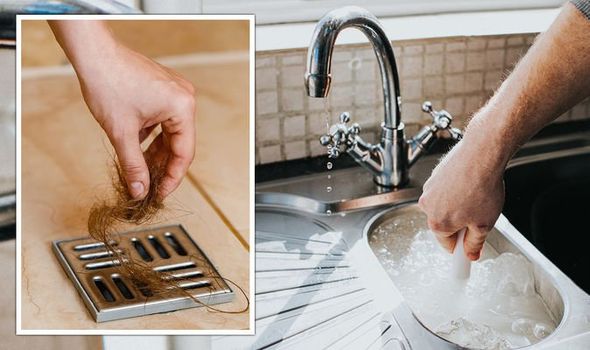 According to Direct Line Home Insurance, almost a quarter of households (23 percent) that made home insurance claims for burst or blocked pipes did so within the months of January and February, the coldest months of the year. Last winter, the UK experienced extremely cold weather during the winter, with the average number of claims for burst pipes 51 percent higher in January and February compared to the rest of the year.

Despite this, 37 million people (70 percent) admitted to flushing items down sinks and drains that they shouldn’t.

This included medication as well as paint, with more than half (59 percent) claiming they did it on purpose

This can be incredibly expensive if it ends up causing a problem, with the average plumber call out charge costing between £55 and £79.

Research amongst plumbers also unveiled that they visit around eight homes a month to deal with burst pipes.

Flushing wet wipes topped the table when it came to the most common cause of draining issues.

Sanitary products and excessive toilet roll are also other common causes of blocked pipes as well as plastics, fat and grease.

Dan Simson, Head of Direct Line Home Insurance, said: “We don’t often think about the repercussions of dropping items, especially liquids, down our sinks but they can cause serious, costly and potentially dangerous issues.

“With January and February some of the coldest months and when pipes are most likely to burst, it is important to take extra care at this time of the year not to put extra pressure on them.

“Most of the items highlighted in our research are things we are probably all guilty of throwing down the toilet or sink, which is why we’re raising awareness of the potential problems they can cause and precautions that can be taken to limit the damage.

“Knowing how to shut off the water system should you need to will prevent further harm while you get in touch with a professional to fix it.”

It is also not just the inconvenience of a blocked sink or toilet that can be a problem.

Over a third (37 percent) of those whose pipes burst, also experienced damage to their ceiling.

Damage to floors and carpets as well as damage to electrics are also common issues when it comes to burst pipes.

This can not only be dangerous, but also incredibly costly to homeowners.

They said: “Protect drinks…Use drain protectors to place over the plughole in your sink, bath or shower. This will catch most things, such as hair, which could cause a blockage.

“Know your pipes…Familiarise yourself with your pipe system and read advice on how to care for it. Be aware of how to switch off the water supply in case you ever need to.”

Britons should also be aware of how many items they are putting down the sinks or toilets in the home.

Direct Line Home Insurance recommended combing hair before getting in the shower and scraping plates into food waste or compost before rinsing them.

Regularly using unblocking treatments can also help to prevent burst pipes as they can keep the pipe system flowing.