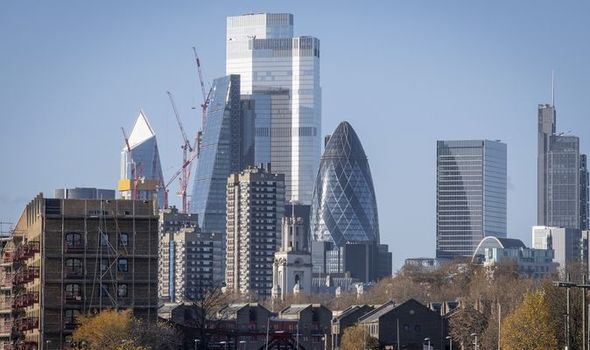 Analysis shows none of the major banks have passed on last month’s increase to savers – but they have already busily started raising their mortgage rates. Financial experts accused banks of taking advantage of the interest rate hike to bolster their margins at the expense of their customers.

Steve Baker, MP for Wycombe and a former member of the Treasury Select Committee, said: “A generation has grown up not knowing worthwhile rates on cash savings so it is particularly galling that the banks have not passed on the base rate rise to savers. If they cannot do so profitably in this unprecedented interest rate environment, let them say so.”

Interest rates were raised slightly last month in an attempt by policy-makers to slow rapid inflation. After slashing interest rates to a record low of 0.1 percent in the pandemic, the Bank of England raised the base rate by 15 basis points to 0.25 percent in December.

An examination of more than 100 banks and building societies found only four had increased the interest rate on some of their easy access, variable savings accounts. And only Suffolk Building Society has passed the full 0.15 percent rise to savers across all variable accounts after the announcement, according to the analysis by Moneyfacts.

None of the major banks have done so but Santander, Lloyds and Halifax all announced increases to their standard variable mortgage rates by the full 0.15 percent shortly after the December 16 rise. And banks started to increase rates on many fixed-rate deals in November, in anticipation of the Bank of England’s decision. HSBC, Barclays and NatWest all raised their rates.

Nationwide started the new year by increasing rates on some of its fixed loans by as much as 0.45 percentage points – three times the Bank of England’s 0.15 percent increase. And experts warned there may be worse to come.

Eleanor Williams, a finance expert at Moneyfacts who carried out the study of the banks, said: “With the potential for the Bank of England to apply further increases to the base rate in the coming months, there is no guarantee that the cost of borrowing on mortgages will not continue to rise overall.”

Myron Jobson, personal finance campaigner at Interactive Investor, said: “Cash savings accounts are generally not the best places to put your money long term because it is eroded by the rising cost of living in real terms.”

Kevin Mountford, co-founder of Raisin UK, said: “It is clear the big banks are using the base rate change to improve margins by passing it on to borrowers but not savers. I have several HSBC products and from next month their credit card rates increase from 16.9% to 18.9% and yet their Flexible Saver remains at 0.01%.

“It also looks like other big banks such as Barclays, Lloyds and Santander have also failed to pass the rate rise onto savers. So we owe it to ourselves to shop around and make our savings work harder as opposed to playing straight into the hands of the larger players.”

SAVERS wanting a better interest rate need to shop around to see what’s available, especially from lesser-known “challenger” banks, writes personal finance editor Harvey Jones. Cynergy Bank pays a market leading 0.70 percent on £1 and above with easy access but watch out, because this rate falls to 0.30 percent after 12 months. While Shawbrook pays a variable 0.67 percent on a minimum £1,000 deposit.

Secure Trust Bank pays 1.02 percent on a minimum £1,000, with 120-days notice, or 0.85 percent with 60 days notice. For those willing to lock money away for longer, Zopa pays a fixed rate of 1.34 percent on £1,000 and above for one year or 1.56 percent a year fixed for two years. Secure Trust Bank pays 2.10 percent a year, fixed for five years. That may look good today, but may disappoint if rates rise rapidly over the next year or two.

Alternatively, consider Premium Bonds, which pay an annual prize rate of 1 percent. Another option is to switch your everyday banking to a high-interest current account. Read the terms and conditions before moving. You may have to pay a minimum sum into the account each month, and set up at least two direct debits. Invest in stocks and shares if you want a higher return but capital is at risk and you should never invest for less than five years.