David McCormick, the former CEO of a giant hedge fund who also has ties to former President Trump, declared his candidacy for Senate on Thursday, formally joining a crowded field of Republican contenders vying for the GOP nomination in the key battleground state of Pennsylvania.

McCormick is seeking to succeed retiring GOP Sen. Pat Toomey, in one of a handful of 2022 Senate races across the country that could decide whether the Republicans win back the Senate majority in the midterms.

“I fought for freedom in Iraq and American capitalism, not socialism. And now I’m running for U.S. Senate, to fight the woke mob hijacking America’s future,” the candidate says as he stands in the gym at the high school in Bloomsburg, Pennsylvania, where he was a star wrestler. “Saving the Pennsylvania we love means fighting for it.”

McCormick’s entry into the race was expected, after he set up an exploratory committee last month and went up TV ads the past couple of weeks. And last week he resigned as CEO of one of the world’s largest hedge funds, Connecticut-based Bridgewater Associates, as he prepared to launch his Senate campaign.

He joins a field of 10 Republican candidates that includes well-known celebrity physician Mehmet Oz. The cardiac surgeon, author and host of TV’s “Dr. Oz Show” six weeks ago launched his own campaign for Senate.

Among the other leading GOP contenders are a real estate developer, philanthropist and the 2018 Republican nominee for lieutenant governor, Jeff Bartos; Carla Sands, a real estate executive and major Republican donor who served as ambassador to Denmark under Trump; and veteran and conservative political commentator Kathy Barnette.

As he officially entered the race, McCormick immediately came under attack over his former hedge fund’s ties to the Chinese government. Bridgewater Associates, which McCormick joined a dozen years ago and helped steer from 2017 through the end of last year, has made major investments in China.

Ahead of McCormick’s announcement, a super PAC supporting Oz went up with digital ads charging, “David McCormick, he’s a friend — of China, with a long record of selling us out.” The group, American Leadership Action, planned to start targeting McCormick with TV spots on Thursday.

Asked about the criticism, McCormick campaign spokesperson Jess Szymanski told Fox News that “Dave McCormick is a decorated combat veteran that has put America first his whole career…He has been tough on China during his time in both the public and private sector.” 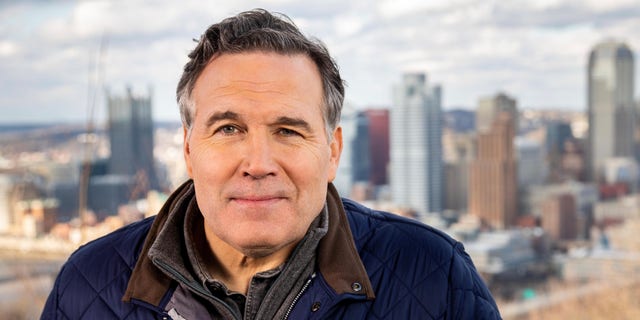 David McCormick, the former CEO of a giant hedge fund, declared his candidacy for Senate on Thursday, Jan. 13, 2022, formally joining a crowded field of Republican contenders vying for the GOP nomination in the key battleground state of Pennsylvania.
(McCormick Senate campaign)

The candidate Trump had endorsed in the Pennsylvania GOP primary race, Sean Parnell, ended his bid in November immediately after he lost a bitter fight for custody of his three children to his estranged wife, who in court testimony had accused Parnell of abuse. Trump has indicated he’ll weigh in again in the crucial Senate race.

But McCormick has strong connections to the former president. He was considered for a top Trump Cabinet post, and his wife, Dina Powell McCormick, served as deputy national security adviser in the Trump administration. And a handful of Trump White House and presidential campaign veterans – including Hope Hicks and Stephen Miller – helped McCormick ahead of his campaign launch.

Szymanski emphasized on the eve of McCormick’s announcement that “he’ll be steadfast in his support to restore Trump’s policies that made America great in order to fix the economic, immigration and foreign policy failures of the Democrats and Biden administration.”

McCormick – and some of his top rivals – are also taking incoming fire over their recent moves to the Keystone State.

McCormick grew up in Pennsylvania, where his family has deep roots, but had lived in Connecticut in recent years. The McCormicks recently bought a home in the Pittsburgh area

Oz lived for years in New Jersey, but his campaign notes he registered to vote as a Republican a year ago in Pennsylvania’s Montgomery County, using the home of his wife’s parents in the affluent Philadelphia suburb of Bryn Athyn as his residence. According to election records, he voted twice by absentee ballot in Pennsylvania in 2021.

And Sands, a Pennsylvania native, spent much of her adult life living in California, where she was a TV and movie actress and chiropractor before marrying prominent Republican campaign donor and real estate mogul Fred Sands. Sands moved back to Pennsylvania last year, after her tenure as ambassador to Denmark came to a close. 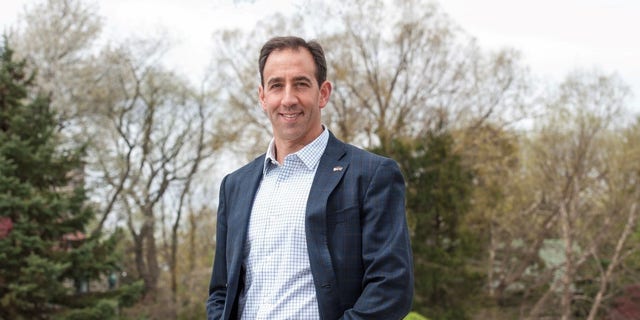 Last week, Bartos showcased his deep Keystone State roots in a new “Pennsylvania First” plan as well as in a statewide digital ad. And in an interview with Fox News, without naming names, he accused some of his top rivals of being “political tourists…who’ve parachuted into Pennsylvania because they see an opportunity to further their interests.”

Expect the campaign crossfire to continue – and intensify – ahead of the May 17 primary. And the rhetoric may also get heated in the battle for the Democratic Senate nomination. Seven Democrats are running for their party’s nomination, including Lt. Gov. John Fetterman and Rep. Conor Lamb.