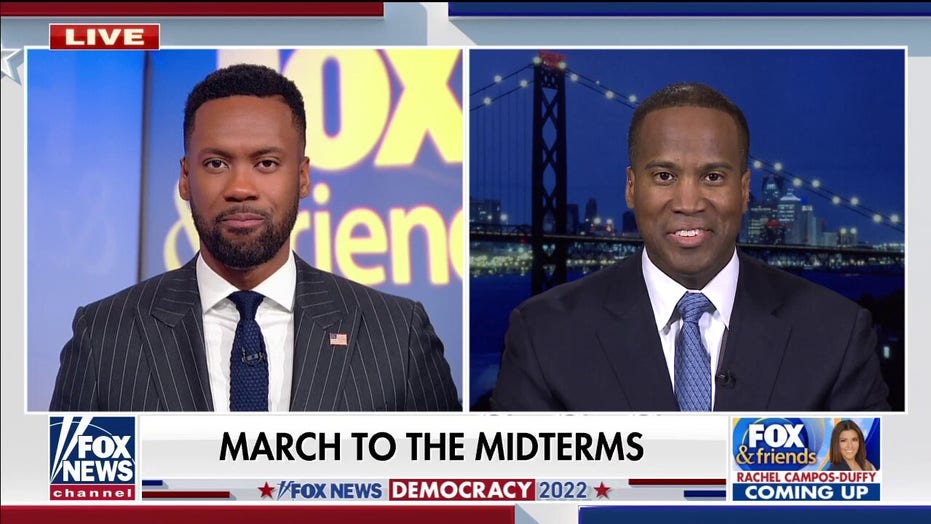 John James announces run for Congress: ‘Freedom is on the ballot’

James, who ran for the Senate in 2018 and 2020, made his announcement in an interview on Fox News’ “Fox and Friends” and in a campaign video and statement.

“I fought on the battlefield for American lives and in business for good-paying jobs that fuel livelihoods. I will continue to fight for the hardworking families in Michigan’s 10th district as today I announce my run for Congress,” James wrote on Twitter.

In a statement, he emphasized that “when I served our country in battle and fought alongside the bravest men and women I know, we weren’t concerned with partisan and social divisions, the only thing that mattered was working together to accomplish the mission … Our community needs a congressman who is grounded in real life. A leader who will defend our Freedom, ensure good-paying jobs are available at home and offer to extend a helping hand to our neighbors in need.”

James becomes the highest-profile candidate to jump into the race for the newly created congressional district, which covers parts of Macomb and Oakland counties in the suburbs north of Detroit.

James, who is Black, is an Iraq veteran and the president of his family’s supply chain management firm.

In November’s midterm elections, Republicans need a net gain of just five seats in the 435-seat chamber to win back the majority from the Democrats.

“It’s going to be an honor to be a part of that class to flip the House and make sure that we get this country back to sanity,” James predicted in his interview on “Fox and Friends.”

James ran for the Senate in 2018, losing to Democratic incumbent Sen. Debbie Stabenow by six and a half points. In the 2020 election, he lost to Democratic Sen. Gary Peters by just under two points. He was endorsed by then-President Trump in both of his Senate runs.