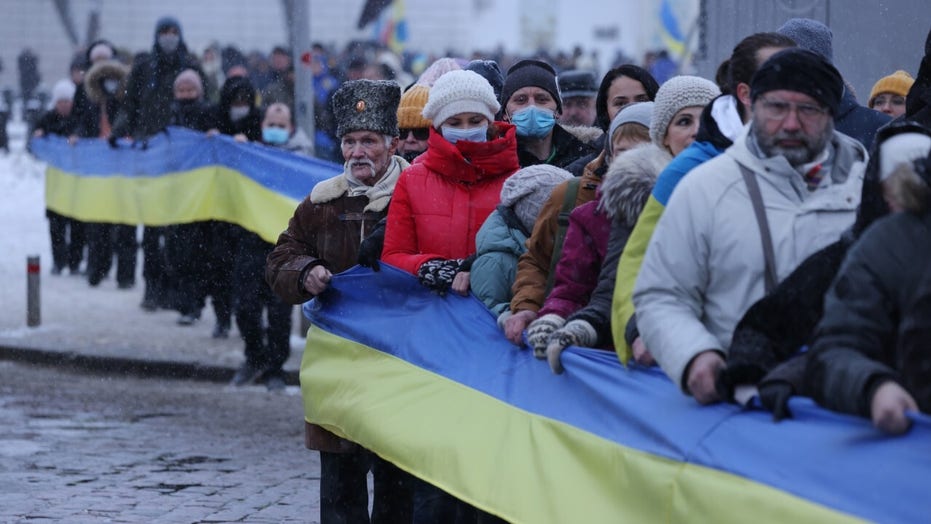 Vice President Kamala Harris on Saturday met with Ukrainian President Volodymyr Zelenskyy in Munich, and pledged united action with allies across the globe if Russia were to invade Ukraine — including “severe” economic sanctions.

“As you know, this is a decisive moment in our world’s history and this is an important meeting for that and many other reasons,” Harris said in a bilateral meeting with the Ukrainian leader. 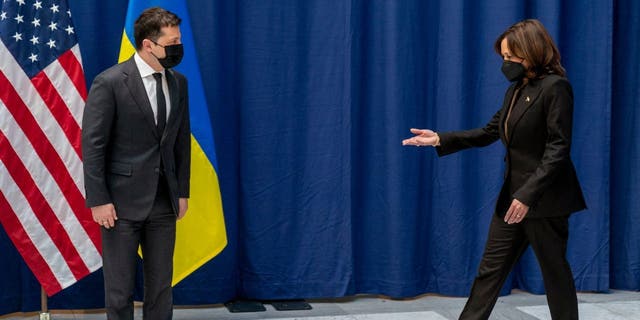 Her remarks come a day after President Biden said that he is “convinced” that Russian President Vladimir Putin has decided to invade Ukraine, after a continued buildup of forces at the Ukrainian border.

Harris has been meeting with allies in Europe including NATO Secretary-General Jens Stoltenberg, Latvian President Egils Levits, Lithuania President Gitanas Nauseda, and Estonian Prime Minister Kaja Kallas, and has sought to present a united front in the face of aggression from Moscow. She also addressed the Munich Security Conference.

On Saturday she reiterated that there would be “severe” sanctions for Russia if it did invade.

“The United States takes seriously the importance of the integrity and the territorial integrity of Ukraine and your sovereignty, and the United States stands with Ukraine in this regard,” Harris said. “If Russia further invades your country, as I mentioned earlier today, we will impose swift and severe economic sanctions. We have been clear about that.”

She said that the United States would prefer a diplomatic resolution, and that the path remains open, but if Russia invades, “we are prepared to implement and to do that work in a unified way with our allies around the world.” 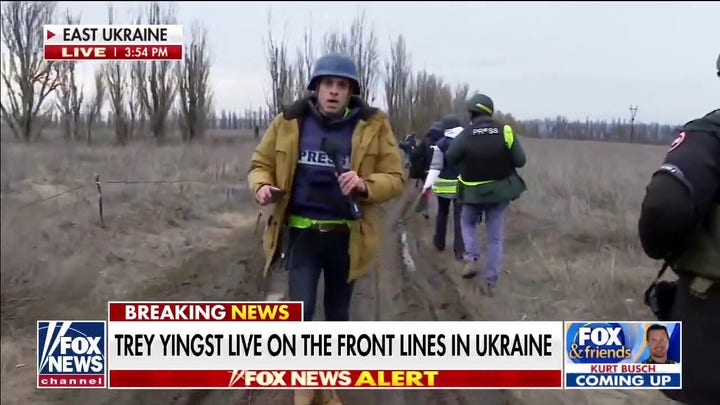 “Any threats to your country, we take seriously, and we have rallied our allies and our partners to speak with one voice, and those voices have been reflected throughout the course of these last couple of days and before,” she said. 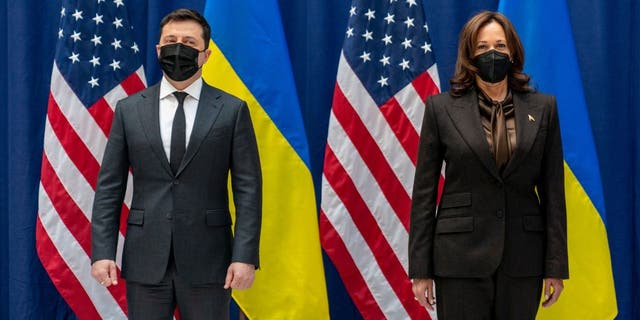 Pentagon spokesman John Kirby said that type of plan was “right out of their playbook.”

U.S. officials believe that Russia is planning to “stage a fake attack by Ukrainian military or intelligence forces against Russian sovereign territory or against Russian-speaking people to therefore justify their action as part of this fake attack,” Kirby explained on Feb. 3.

Fox News’ Brooke Singman and The Associated Press contributed to this report.