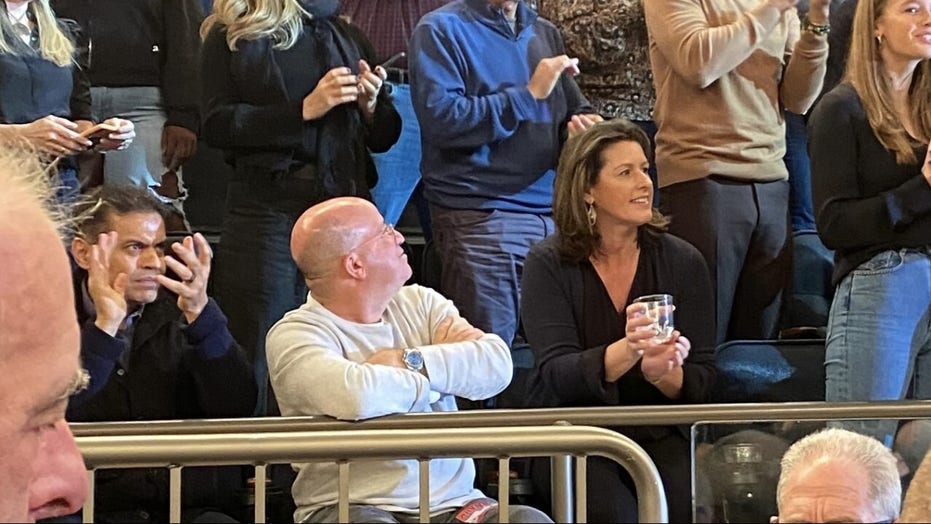 The ongoing saga surrounding CNN is a “legal mess” for everyone involved as Discovery is set to take over the beleaguered news organization.

Chris Cuomo was fired last year by then-network president Jeff Zucker after he was caught helping his big brother, ex-New York Gov. Andrew Cuomo, fend off sexual misconduct allegations without ever telling his audience or management the full story. Then Zucker was forced out, and noss his top lieutenant and girlfriend Allison Gollust has been shown the door. Now there is speculation swirling around the media industry that all three plan to sue .

CNN’s in-house media pundit Brian Stelter rattled off CNN’s laundry list of recent issues related to the Cuomo-Zucker ordeal on Sunday before finally admitting what many observers have been thinking.

“This is a legal mess for CNN,” Stelter said on “Reliable Sources.” 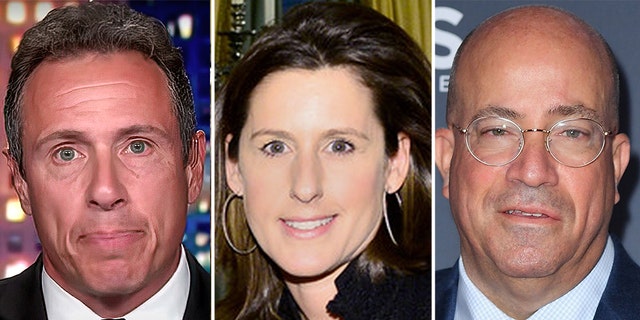 Chris Cuomo, Allison Gollust and Jeff Zucker could cause significant problem for a looming merger between WarnerMedia and Discovery.
(CNN/Getty Images)

The “legal mess” comes as Discovery, Inc., is expected to take control of CNN in the spring following the completion of parent company AT&T spinning off WarnerMedia before it merges with Discovery.

Justin Danhof, the executive vice president of the National Center for public policy research, is licensed to practice law in New York and Washington, D.C. He said Discovery should ensure it’s not liable for any lawsuits that pop up as a result of the ongoing public relations nightmare.

“If I’m Discovery, I’m not taking on current legal liabilities that may come out of the existence. I’m writing that into the acquisition that, look, AT&T, that’s still on you,” Danhof told Fox News Digital. “I’m sure their lawyers are negotiating all of that right now.”

Discovery did not immediately respond to a request for comment.

Zucker’s forced resignation was initially chalked up as a consensual relationship with Gollust that was never disclosed to the company. CNN staffers and outside observers alike never bought that explanation, as their relationship was said to be an “open secret” throughout the media industry.

“Jeff and Allison have been in a relationship for many years, everyone knew … If they really cared [about] it, he would have been fired ages ago,” a source close to the situation told Fox News Digital.

WarnerMedia CEO Jason Kilar has since admitted Cuomo, Zucker and Gollust all breached the network’s “journalism integrity” by violating news standards and practices. However, nobody from WarnerMedia has explained what Zucker and Gollust did to violate company policies related directly to news.

On Friday, The New York Times and Wall Street Journal each published different reports attempting to shine light on Gollust’s forced exit. The Times reported WarnerMedia executives found her claim that her relationship with Zucker changed during the pandemic was misleading, while the Times indicated she was forced out for discussing interview topics with the former governor, for whom she briefly served as communications director between 2012 and 2013. 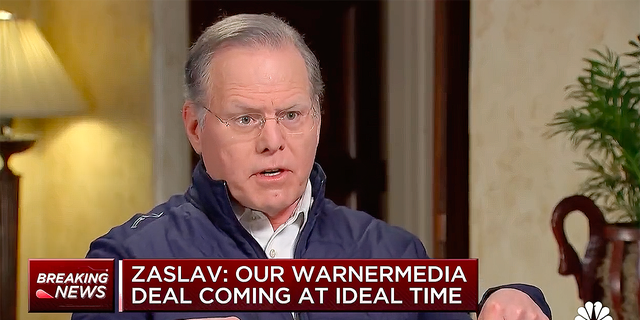 Discovery CEO David Zaslav has said that he had nothing to do with Jeff Zucker’s CNN exit.
(CNBC Screenshot)

Risa Heller, a spokesperson for both Zucker and Gollust, has since issued statements indicating Gollust could sue WarnerMedia for “retaliatory actions against her.” Meanwhile, when explaining that CNN has a “legal mess” on its hands, Stelter also suggested Zucker is “lawyered up,” preventing him from commenting further. To add to the mess, Cuomo is seeking $20 million, according to reporting by FOX Business.

“They all had contracts, right? It can get very messy and very sticky because when you see, like, this person’s going to get a $9 million payout, but this [other] person isn’t going to get anything, that creates a lot of discrepancies,” Danhof said.

Danhof explained that if WarnerMedia attempts to use “moral clauses” to avoid paying Cuomo, Zucker or Gollust what they feel they are owed, it could result in an “airing of grievances” that could be particularly damning for CNN.

“I think that’s what Stelter may be getting at,” Danhof said.

“If that comes to a head, and they’re in court or in legal proceedings and talking about the issues of morality… one could look and say, ‘Chris was just helping his brother, but what Zucker did … was worse,’ right? That’s where it can get messy. Defining morality is always a mess.”

WarnerMedia did not immediately respond to a request for comment.

Cornell Law School professor William A. Jacobson agrees and said WarnerMedia should do whatever it takes to keep additional dirt from becoming public information.

“CNN seems to have tons of dirty laundry, and we’ve only seen the top of the pile. It would be disruptive to the newsroom and executive suite for depositions and document discovery to take place, with the likelihood of damaging information coming out. It may also cause others to sue,” Jacobson told Fox News Digital.

HR Acuity CEO Deb Muller, who has worked in human resources for over three decades, feels that Zucker was a problem for CNN’s parent company, even if his only offense was failing to disclose his relationship with Gollust. She said that if a high-powered executive like Zucker “can’t be trusted to follow the policies in place,” then nobody at the network should be expected to follow WarnerMedia’s rules.

“Company policies are there for a reason; to protect individual employees as well as the company itself. In CNN’s case, because the relationship wasn’t reported, there could be additional actions taken against the company not only by the individuals in question, but by other employees,” Muller continued. “What happened at CNN is an example of why company cultures need to change to establish trust and transparency for a safe working environment.”

Danhof feels that WarnerMedia executives must have known about Zucker’s relationship with Gollust and whatever truly forced him out would come out in court – and it’s already established he violated WarnerMedia’s news standards and practices.

“Discovery is taking a really big gamble, in my estimation,” Danhof said. 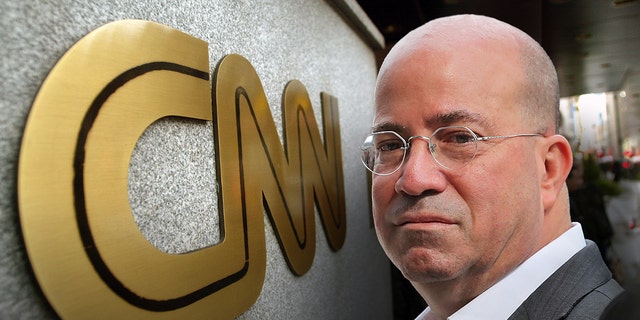 The New Yorker reported on Saturday that Discovery CEO David Zaslav, who will run the combined company and is expected to immediately name Zucker’s full-time replacement, will have to make significant cuts once he takes control.

“There’s going to be an enormous amount of pain in terms of firing people,” a person with close industry ties told the magazine.

CNN staffers were on edge even before looming layoffs were reported after Liberty Media chairman John Malone, who sits on the Discovery Communications Inc. board of directors and is considered powerful in the industry, suggested last year that changes would be made to CNN’s newsroom.

Porter Bibb, who wrote CNN founder Ted Turner’s 1993 biography, recently said the network’s founder was also “adamantly” against the partisan turn it took under Zucker. While Danhof feels Discovery is taking a major gamble, he also thinks there is a huge opportunity to restore CNN to the pre-Zucker days of nonpartisan news.

“If Discovery is smart, they’ll transition CNN back to what it was decades ago,” Danhof said. “It’s a gamble, but an opportunity to course correct that I hope they take. With the ratings where they are this is a financial nightmare … If they’re going to bring CNN on and keep CNN as it is, they’re making a terrible business decision.”

CNN media analyst David Zurawik, who was recently hired by the network, suggested it might not ever regain its reputation.

“I hope it doesn’t wind up leaving CNN a badly damaged institution,” Zurawik said on Sunday. “This could damage CNN … That would be a journalistic tragedy.”