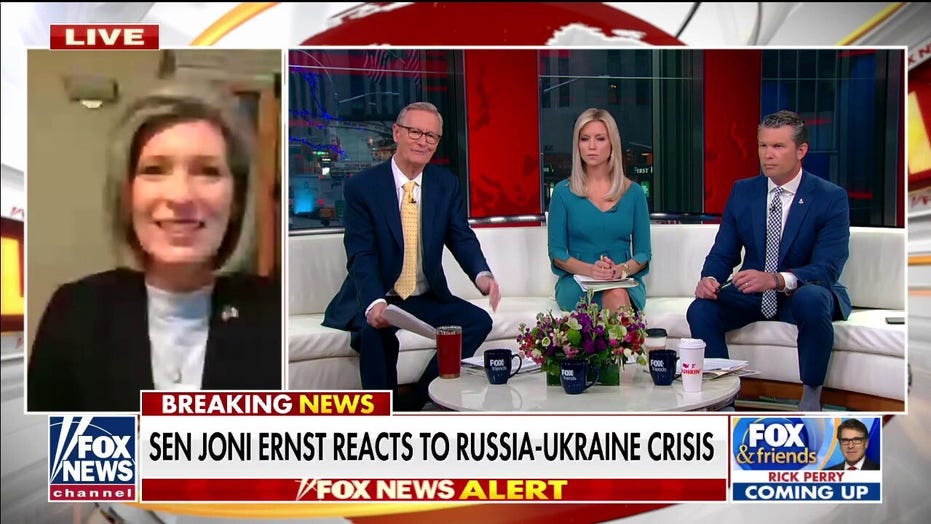 Sen. Joni Ernst: Americans, Biden should ‘push back’ against Putin

Bipartisan lawmakers – ranging from members of the far-left Squad to the far-right Freedom Caucus – joined together Tuesday to call on President Biden to receive authorization from Congress before involving U.S. forces in the Russia-Ukraine conflict.

Rep. Peter DeFazio, an Oregon Democrat, and Rep. Warren Davidson, an Ohio Republican, led the diverse group of 43 members of Congress in a letter to Biden, urging him to follow the Constitution when considering deploying U.S. troops. 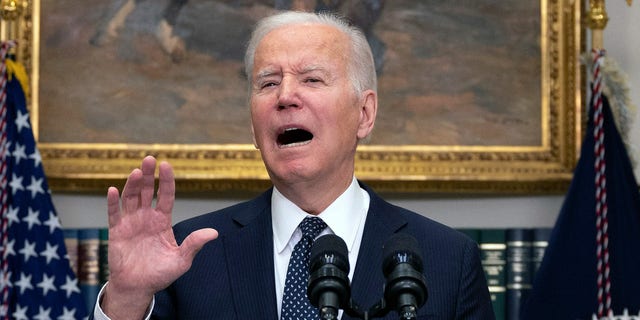 President Joe Biden delivers an update on the situation at the Russia-Ukraine border from the White House on Feb. 18, 2022. (Jim Watson/AFP via Getty Images)

“The American people deserve to have a say before we become involved in yet another foreign conflict,” DeFazio said in a tweet.

Biden on Tuesday announced sanctions against Russia after President Vladimir Putin declared the independence of two separatist regions in Ukraine and deployed military forces in what Biden said is the “beginning of a Russian invasion of Ukraine.” Biden also authorized additional U.S. forces to the region, but maintained that the United States has “no intention” of fighting Russia.

Ukraine is not a NATO member, so the U.S. and its allies have no official obligation to defend the sovereign country. Biden has previously said he would not send U.S. troops into Ukraine to help rescue Americans because if fighting breaks out between Russia and the United States it would spark a world war.

Still, war-weary lawmakers want to remind Biden that Congress has the power to declare war under Article I of the U.S. Constitution and that the War Powers Resolution of 1973 intended to ensure that presidents receive the consent of Congress before committing to an armed conflict.

“To date, you have rejected calls to station U.S. Armed Forces in Ukraine, stating that such an effort is ‘not on the table,’” the lawmakers wrote. “However, if the ongoing situation compels you to introduce the brave men and women of our military into Ukraine, their lives would inherently be put at risk if Russia chooses to invade.” 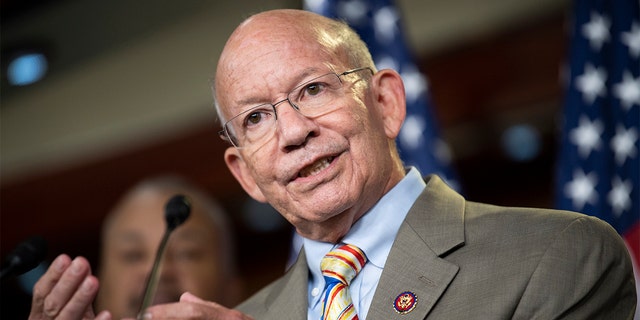 The letter continues: “Therefore, we ask that your decisions comport with the Constitution and our nation’s laws by consulting with Congress to receive authorization before any such deployment.”

Signers of the letter include Squad members Reps. Alexandria Ocasio-Cortez of New York and Rashida Tlaib of Michigan as well as conservative Reps. Andy Biggs and Paul Gosar of Arizona. Biggs wrote a separate and similar letter to Biden earlier this month as the co-chair of the bipartisan War Powers Caucus.