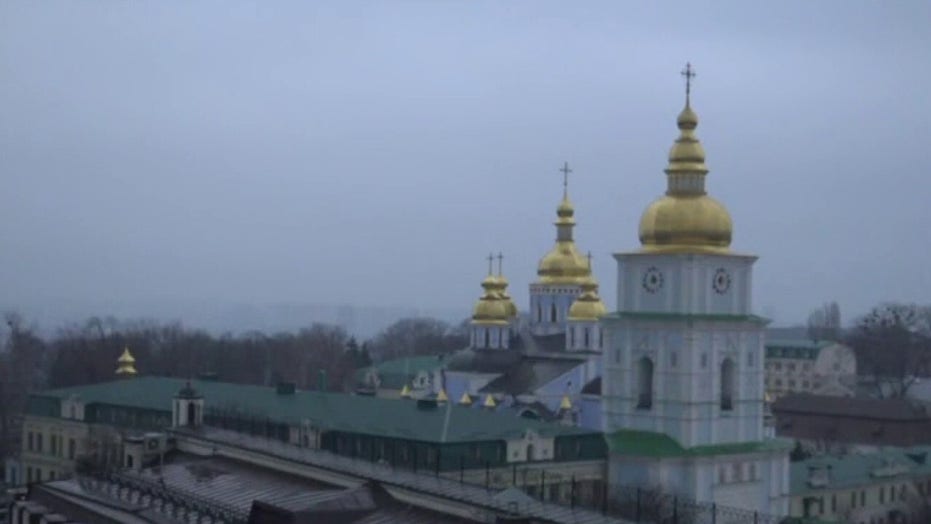 Ukraine, Europe’s second-largest country with a population of 44 million, is battling Russia in what intelligence communities have said would be the biggest war in Europe since 1945. One man who fought the Russian army in his homeland says the world now believes in what he had been warning against 14 years ago.

“At least, I warned all my Western friends about Russia becoming more dangerous and drawing more red lines,” says Mikheil Saakashvili, Georgia’s former president, who is behind bars in his country for charges he considers trumped-up.

Saakashvili, who calls himself Putin’s private prisoner, answered Fox News questions in writing through his lawyer.

The then-41-year-old President was serving his second term in office when in August 2008, Russian troops rolled onto Georgian soil and occupied the Abkhazia and Tskhinvali regions – amounting to one-fifth of Georgian territories. Russia soon recognized their independence – a playbook Putin repeated in Ukraine this week.

“I remember I told Ambassador Burns [Nicholas Burns, former U.S. Ambassador to Russia] and Dick Holbrooke that one day Russia will even resort to tactical nuclear weapons, and they looked at me like I was nuts, now lots of people believe the same,” he recalls. 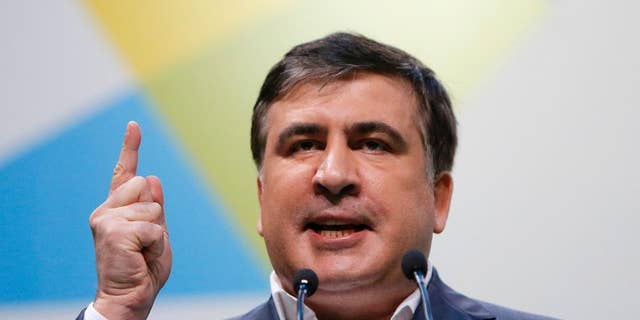 In April 2008, NATO leaders gathered in Bucharest, Romania to vote on Membership Action Plan (MAP) for two aspirant countries – Georgia and Ukraine. Despite strong U.S. support, alliance leaders did not agree and applications were denied. However, the heads of states agreed that “these countries will become members of NATO.” The promise irritated the Kremlin. Russian President Vladimir Putin has since repeated that NATO’s expansion to its Eastern flank poses security threats to the Russian Federation.

Leading to the 2008 August war, many in the West did not share Saakashvili’s alarm about upcoming Russian aggression, citing his personality and calling him “hot head.” I asked Saakashvili why he did not succeed in convincing the West of the apparent danger.

“I could understand them, it hadn’t happened before,” his handwritten response reads.

Saakashvili was not the only Eastern European leader who warned about Russia’s resurgence. A year earlier, in April 2007, Estonia was hit by major cyber attacks – online services of banks, media outlets and government bodies were taken down. When then-president Toomas Hendrik Ilves pointed out that Russia was behind the attacks, “most countries said, oh, you are just being Russophobic,” Ilves told Fox News via skype from Estonia.

Ilves was one of five Eastern European Presidents who stood on stage by Saakashvili’s side on Freedom Square in Tbilisi, showing support and solidarity to a country attacked by its 30 times larger neighbor. That unity was not shared by the allies in the West.

“I have been arguing for a long time that the more Western members of NATO did not take the experiences of the newer Eastern members as seriously as they should have. And now, 15 years later, they have to face up to the consequences of not really believing what the Eastern members were saying,” Ilves says.

“The United States government was constantly urging the president of Georgia to be patient and not to respond to Russian provocations, Matthew Bryza, Former Deputy Assistant Secretary of State for Europe and Eurasia tells Fox News. “And what happened was that the Russians arranged for separatists in Georgia, just like the separatists in Eastern Ukraine, to fire artillery at Georgian positions, just as the separatists have been doing in Ukraine. Georgians fired back, and that was the pretext for the Russian invasion.”

After a 5-day war, Russia and Georgia signed a peace deal brokered by then French President Nicolas Sarkozy. As former U.S. Secretary of State Condoleezza Rice recalled on CNN this week, the Bush administration attempted to coordinate sanctions against Russia, but “Europeans were not there” she said.

Rice also recalled how her Russian counterpart Sergey Lavrov wanted “Saakashvili gone” as one of the conditions for ending the war, somewhat similar to what Putin voiced in his televised speech on Monday calling Ukraine’s government “those who seized and hold power in Kyiv”.

Depending on whom you asked in the West, Saakashvili was either blamed for “starting the conflict” or “being provoked.” “They tended to blame us, the victim, rather than the aggressor, with whom they wanted to go back to business as usual very fast,” he writes 14 years later.

The most vivid example of the “business as usual” is the 2009 reset policy of the Obama White House.

Bryza, who was part of the administration at that time, says he was “appalled” when the reset policy was announced months after Russia occupied Georgian territories. “That was the signal to Putin that despite having invaded Georgia and occupied a large swath of its territory, everything was Okay.  Russia responded to the outreached hand with a clenched fist and beefed up its attack,” says Bryza, referring to Russia’s 2014 annexation of Ukraine’s Crimea peninsula, the size of Massachusetts. 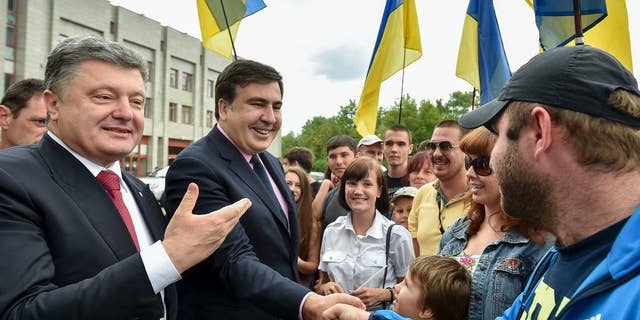 Saakashvili, who studied both in Ukraine and in the United States, also served in the Ukraine government elected after 2014 Euromaidan protests that ousted pro-Russian president Viktor Yanukovich.  He first served as the chairman of the advisory council on reforms and later became the governor of Ukraine’s Black Sea Odessa region.

Testifying in front of the Senate Foreign Relations Committee in 2015, Saakashvili mentioned Putin by name more than a dozen times and asked the United States to raise the price for the Kremlin. “A democratic, secure Ukraine is the last nation between revanchist Russia and America,” he said in closing remarks.

From highest podiums to prison cells, Saakashvili continues to believe that Putin’s ultimate goal is to deconstruct the European and transatlantic architecture.

“Putin is now imitating Georgia 2008 day by day”, writes Saakashvili, who held the Ukrainian flag and sang the national anthem during his last courtroom appearance.

By the time this story is published, Saakashvili was on hunger strike over his medical care.